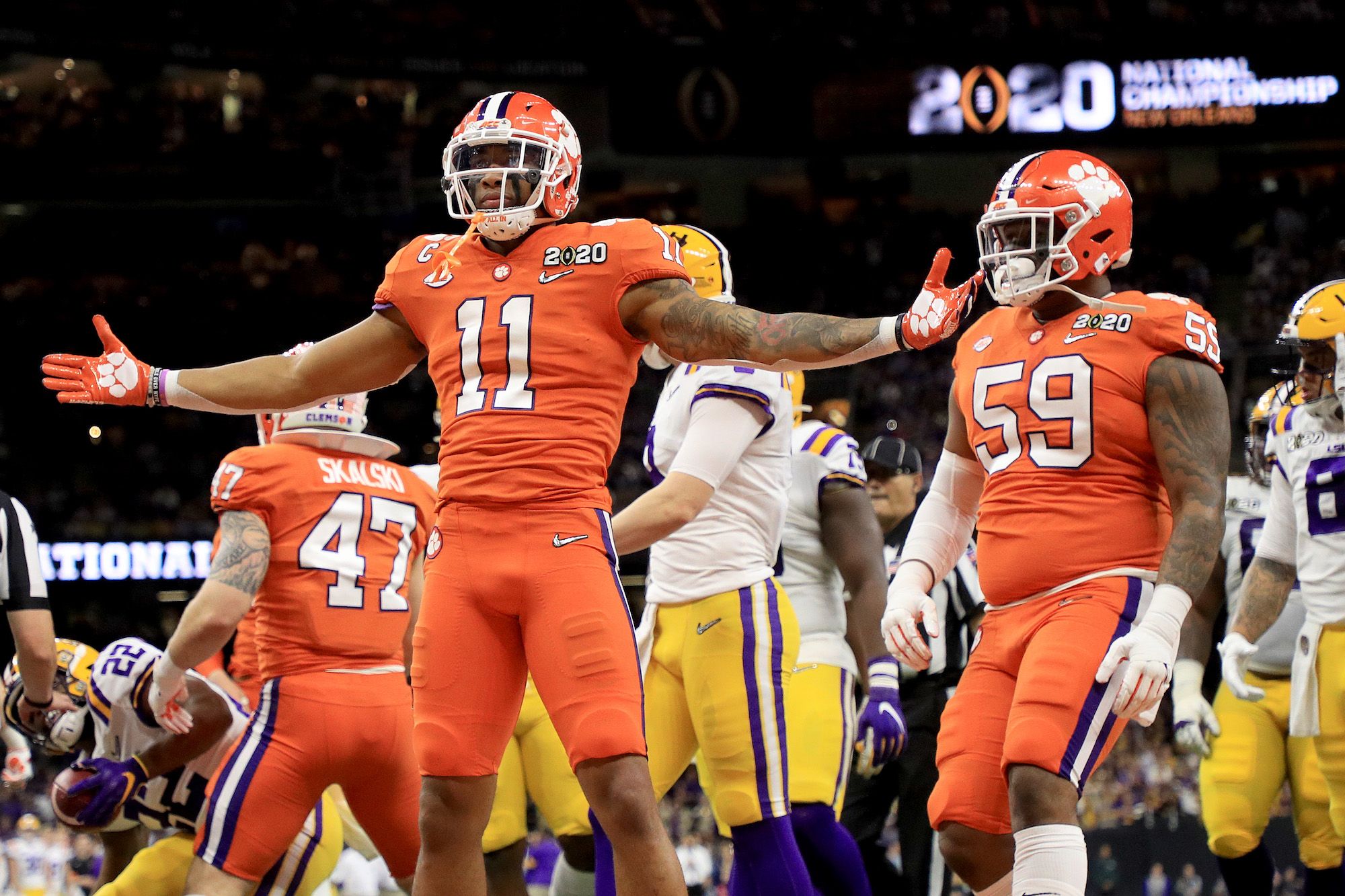 Last year, at just about this time I did my first mock draft of the 2019 season. In retrospect, it looks ridiculous, but it's ridiculousness illustrates the point that, 3 months out from the draft, most of the folks, short of scouts working on actual NFL football teams, have very little clue about how the draft will actually fall out this far away.

Nevertheless, it's a fun exercise. The Redskins top draft needs going into the 2020 draft are LT, FS, CB, LB, and TE. Most folks know I'm a huge fan of trading back, so that absolutely had to be a key element of this mock draft as well.

Speed on the defense. Watching the 49ers and Titans in the playoffs this year, their defensive speed stood out, and both Rivera and Del Rio have spoken separately about the need for team speed on D. "Swiss Army Knife" (TM), Isaiah Simmons is the embodiment of versatility and speed on defense. The Redskins select him here.

At this point, there are still too many quality TEs left to take Trautman, and FS is an overwhelming need and a position of very poor depth in the draft. Winfield is selected here to play opposite Landon Collins, and save the team from blowing cap space on a FS.

There are still way too many quality TEs on the board at this point to take one, and Bartch is a D3 tackle who is getting comparisons to Ali Marpet in terms of his rise from obscure origins at the Senior Bowl. He's selected here.

Still too many TEs left to bite at this point. Michigan's Cesar Ruiz is expected to climb draft boards, and may well not be here when the actual draft rolls around. But, you can never have too much IOL depth and the Redskins take him here.

This is where the Redskins take their first TE, Hopkins.

Though it's tempting to double dip at TE, additional WR depth for our Young QB seems more important. Haskins gets his wish with the addition of his former teammate at OSU, Hill.

There are still several solid WRs on the board, and Dugger, from tiny Lenoir-Rhyne is getting rave reviews in the Senior Bowl practices. We double dip at safety here. Nicholson and Apke are officially on notice.

McKivitz appears to be a bit of a project, and likely ends up at RT or inside in the NFL, but this offseason has re-emphasized how much we need OL depth, and he's taken here.

Mark has sold me on this guy, just not in the second round, and his bloodlines are impeccable. The 2020 draft will go down as the year the Redskins got serious about creating a TE pipeline.

The Florida WR reminds me a bit of Terry McLaurin, and showed out against the top talent in the NCAA. The addition of Hill and Jefferson to McLaurin, Harmon, and Sims turn the Redskins receiving corps into one of the team's top strengths in 2020.

Troy Pride is apparently showing out at the Senior Bowl, and the Redskins need CBs like nobody's business. He is selected here.

"Quick," "athletic," these are the words used to describe Coughlin, who likely isn't an EDGE at the next level, but may be able to play LB and certainly can assist on special teams. The Redskins roll the dice on him here.

I look forward to your thoughts on this inaugural draft in the comments.

How happy would you be with this draft?