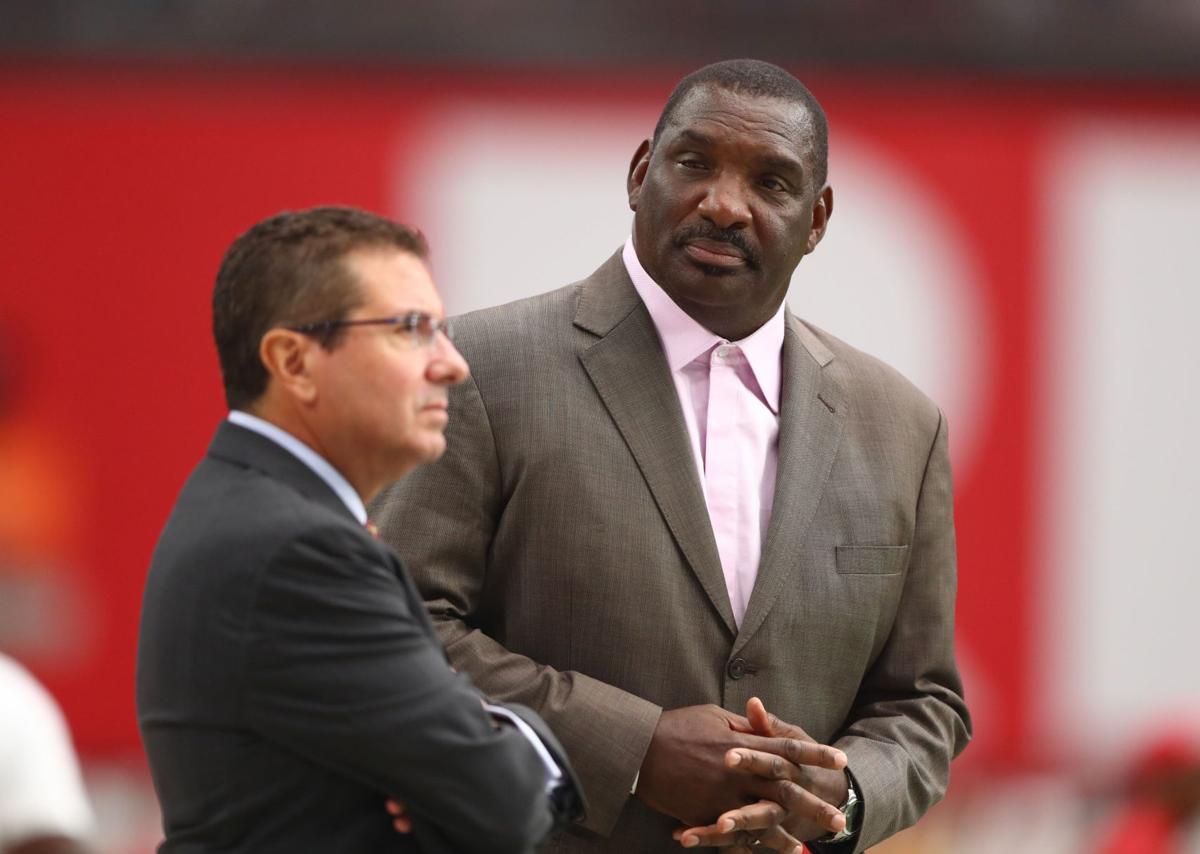 Who benefits from an apparent diffusion of responsibility?

In a recent piece in the Athletic - the gist of which is explored in this interview with the Sports Junkies - Michael Lombardi covers a lot of ground as to why the Redskins have continued to languish for decades under Dan Snyder’s ownership. He focuses largely on the failure to "create a winning culture," which for him precedes assembling a great team or mapping out effective x’s and o’s. Both pieces are worth a respective read and listen for his thoughts on the matter. I want to focus on one specific piece of his argument, however:

There is an old saying in Washington that they have never built a monument to a committee. Well, the Redskins operate under the pretense of a committee, yet, Snyder and his front office make all the decisions, which then allows them to use another Washington term - "plausible deniability" - when things go wrong.

There are 32 teams in the NFL. Currently, 4 of them don’t have official General Managers. The first is the Patriots, for whom Bill Belichick serves as Head Coach/GM/Overall Mastermind. Here, the Patriots have simply collapsed several upper level front office positions into the hands of one singular genius. If the team fails or succeeds, it is completely on Belichick. It seems to be working so far.

The other three teams are the Bengals, where Mike Brown serves as the owner/president/GM; the Texans, who currently have Chris Olsen serving as interim GM; and the Redskins, where Bruce Allen is the team president. 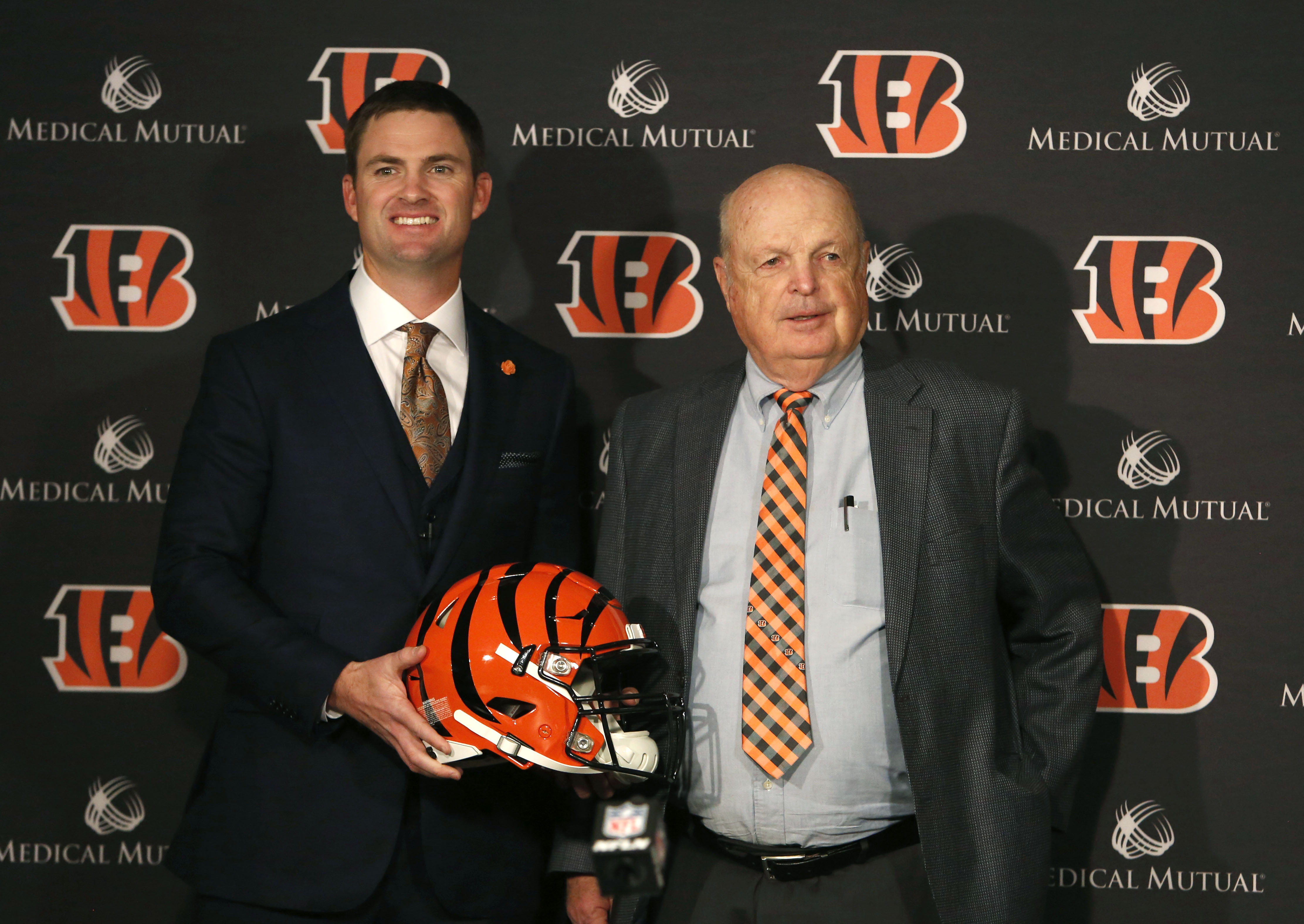 Since Brown took charge in Cincinnati in 1991, the team has made the playoffs in 7 of 27 years (going 0-7) and gone 182-255-2 (a winning percentage of .414). They are a great example of what happens when you give an incompetent manager Belichickian powers. Their power/responsibility has been singularly consolidated, but it has been done so under an individual who can’t be fired or otherwise held accountable, because he is also the owner. We have experienced a variant of this model in the past. 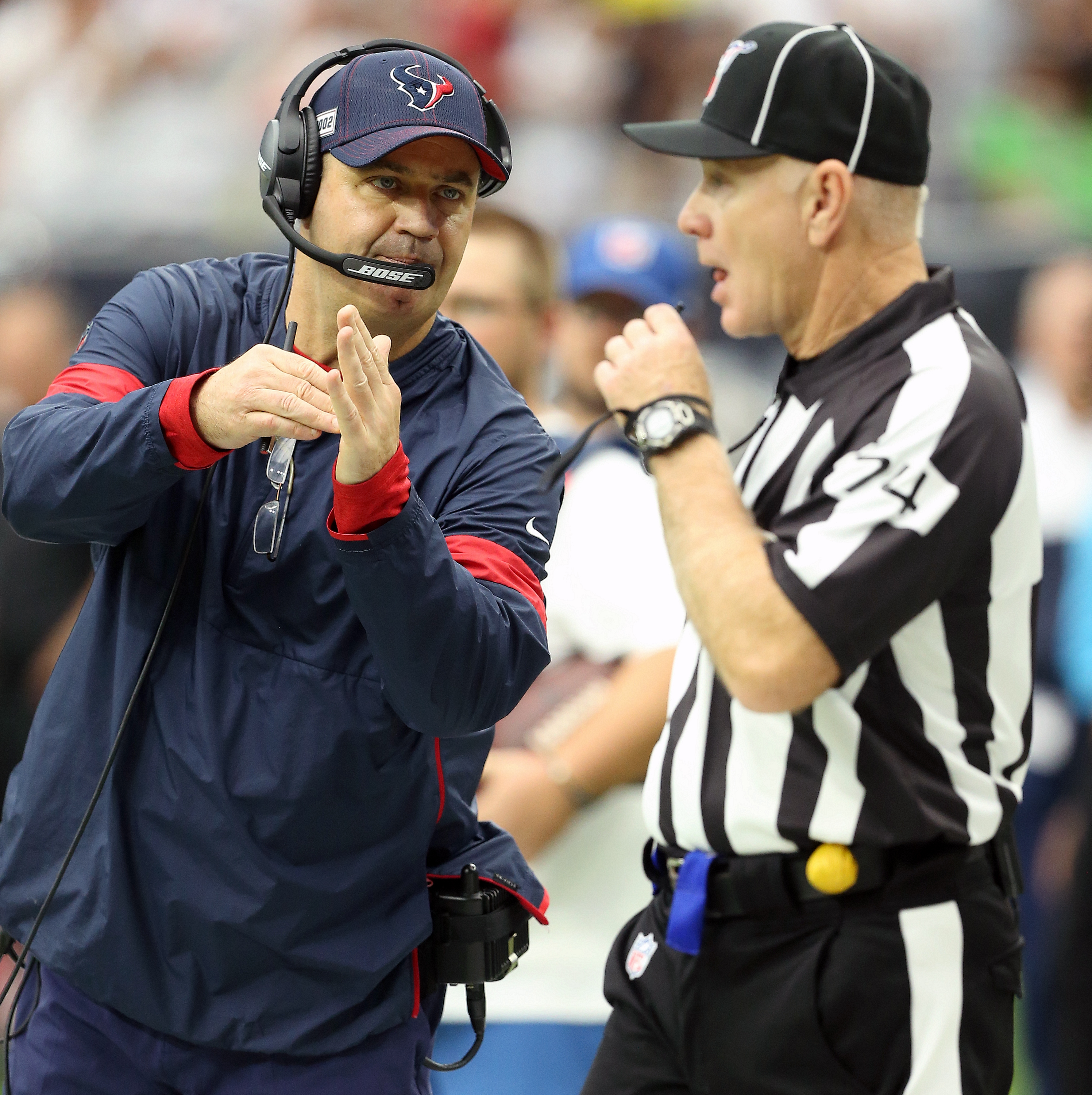 The Texans are in a transition, having just fired their prior GM, Brian Gaine, in June. Chris Olsen, formerly their Senior VP of Football Administration, is serving in the interim GM role. I’m not sure much can be gleaned from this situation, organizationally, other than that a hell of a lot of damage can be done to a franchise in a very short time if the right people aren’t in charge. Multi-year Pro Bowler (and second team All Pro) Jadeveon Clowney was jettisoned to the Seahawks for peanuts and the Texans shipped a war chest of draft picks to the Dolphins for above average LT Laremy Tunsil and WR3 Kenny Stills. They also gave the Browns a potential 2020 third rounder for Duke Johnson. These moves all reek of desperation, and perhaps not surprisingly, given the turmoil, it’s difficult to tell if Olsen, or head coach Bill O’Brien, should actually be held accountable for them. 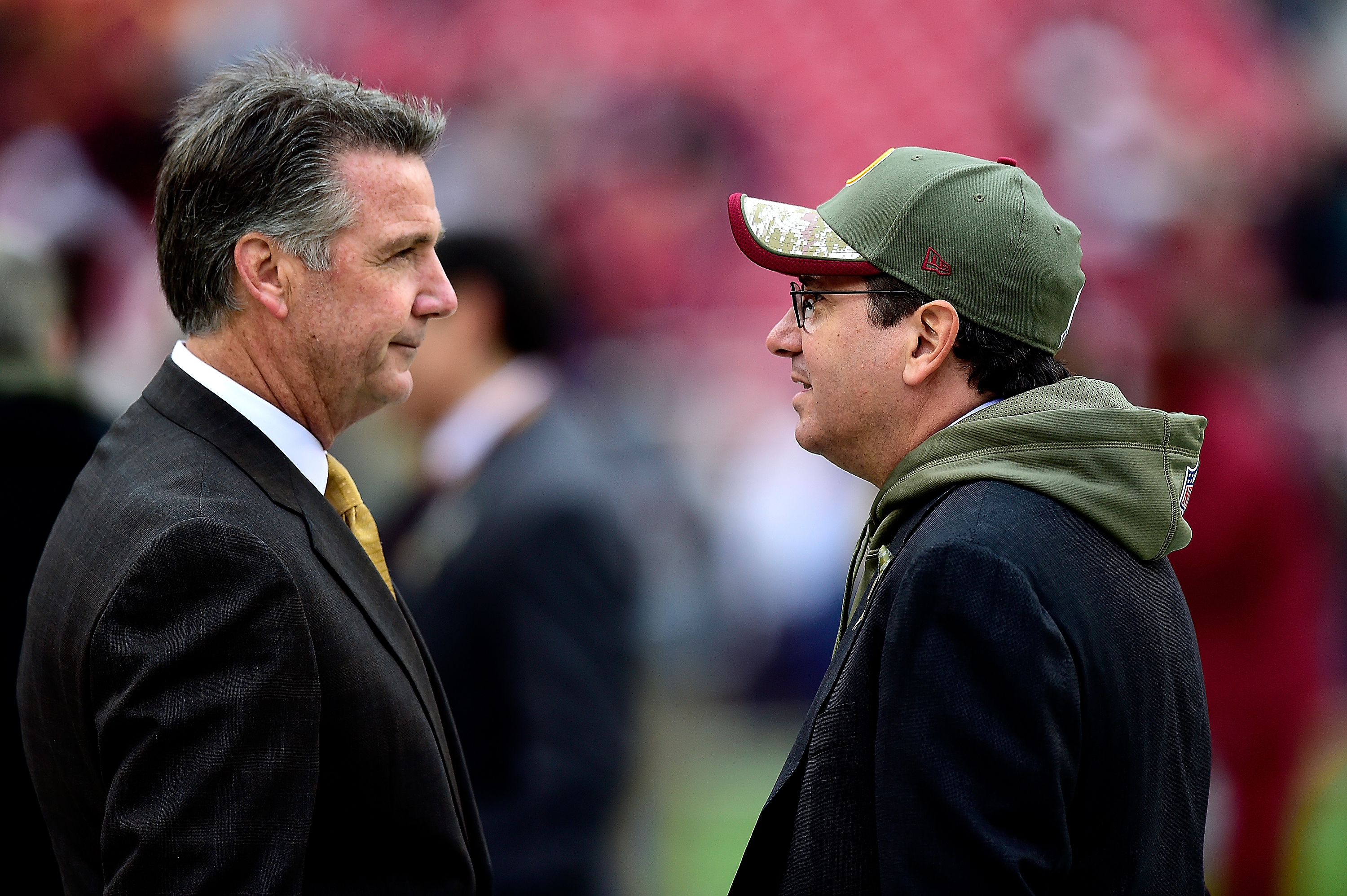 Before Scot McCloughan arrived in 2015, Bruce Allen was the General Manager. When McCloughan arrived, Allen became the team President. After McCloughan left in 2016, Allen remained the team President, and the General Manager role was left unfilled. In reality, the Redskins are the only team in the NFL without a GM. Belichick and Brown are the GMs (among other things) on their teams, and the Texans just happen to be between GMs right now. So why don’t the Redskins have a GM? I’d argue, along Lombardi’s lines, that it is by design.

Since McCloughan’s departure, the Redskins front office has nominally been comprised of a three-headed monster: Allen, serving as President; Doug Williams, serving as Senior VP of Player Personnel; and, Eric Schaffer, serving as Senior VP of Football Operation/General Counsel. Kyle Smith is occasionally mentioned as well, but its important to remember he’s just the Director of College Scouting, on a par with Alex Santos, who is the Director of Pro Personnel.

The conventional fan "wisdom" (I would contend, "wish") has been that Allen is basically in charge of trying to secure a new stadium for the team and orchestrate late night trades for vets. Doug is generally seen as trying placate disgruntled Redskins’ vets, assist in the scouting of college talent, particularly in the south, and being rolled out to the press when the team needs to disarm the media with his charm and/or roll someone under the bus. Schaffer is generally known as the team’s "cap guru," structuring contracts so that bonuses and annual salary obligations don’t cripple the team. His role is perhaps the least well understood among the public.

If I had to speculate on each’s role in, let’s say, a hypothetical trade for Jalen Ramsey, I would guess that Bruce was idea initiator and the trigger man, Doug was the damage control spin doctor, and Schaffer was the guy responsible for structuring his record breaking extension through 2028 so that it could fit under the cap. But, the reality is that I couldn’t possibly know, and that’s just the way Redskins’ leadership, particularly Bruce Allen, likes it.

"Where there is no accountability, there will also be no responsibility."

With at least three individuals - Jay Gruden could be thrown into the mix as well - nominally "accountable" for key team decisions, the reality is that no one in particular is. If something happens to go well - the 2019 draft, for instance - Bruce Allen jumps out in front to soak up all the glory. If things go poorly, like a 0-2 start against conference opponents, Doug gets rolled out to absorb the arrows. Eric Schaffer is basically kept under a rock, and allowed one or two interviews a year to team flak Larry Michael, suggesting to me that he probably has the most brains of the three.

I believe this situation stems from Bruce Allen’s deep narcissism - a topic I will explore separately in another piece - but that, more importantly, it is absolutely dysfunctional to the future of the organization. What has been pitched as broad-minded "team decision making" approach is, in reality, nothing more than a front to diffuse accountability sufficiently that it can never be firmly pinned on Bruce Allen. I believe that Dan Snyder wants this team to win, but I also believe he will never be able to build a winner until he invests full accountability and responsibility for the team’s success in singular individual who can be fired if he or she does not produce results.

Do you think the Redskins can win sustainably without a true GM?