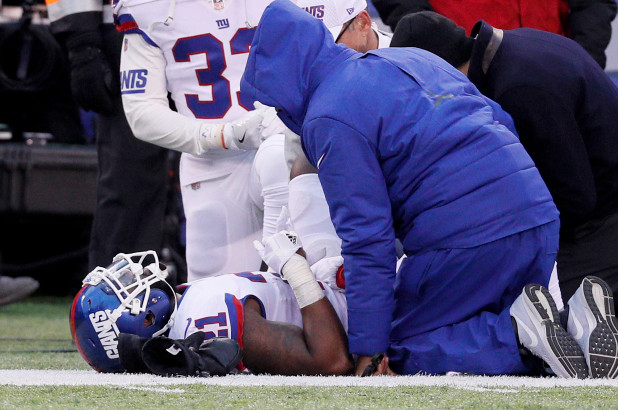 In the wake of the Redskins' record breaking signing of safety Landon Collins to a 6-year, $14M/year contract, I fully expect this piece will go over like a turd in a punch bowl. After all, it's far more enjoyable to celebrate with delusional glee, hoping that for once, this star-crossed front office made the right, impulsive decision when it came to personnel matters. Nevermind, that, once again, as they did with Josh Norman (and Albert Haynesworth), they "reset the market" on a position in the NFL.

This time, they paid top dollar to a fill a position their own poor management caused to be vacant: Pro Bowl safety DJ Swearinger was released after pointing out the Redskins' lax defensive efforts at the end of the 2018 season.

Almost from the moment it was made known that the Giants weren't going to tag or try to re-sign Collins, it was public knowledge that the Redskins were hot on his tail. After all, he had been an All Pro in 2016 and a pro bowler for the last 3 years. But, if he was such an impressive talent, why were the Giants getting out of the Landon Collins' business?

Regardless of what can be said about Collins, what can't be said about him is that he's not a hard hitter. He led the Giants in tackles for each of his 4 seasons with the team. He's had impressive tackling statistics, but all that hard hitting has started to take a toll.

At the end of the 2017 season, he fractured his forearm and had to have surgery in the offseason. He actually had to have a second surgery on the arm before the 2018 season, because the arm wasn't healing properly. In the 2018 season, in the week 13 game, he suffered a torn rotator cuff and missed the last 4 games of the season. He had surgery in mid December. Neither of these injuries is so significant that they can't be overcome, but recent research suggests that rotator cuff surgery can significantly shorten the career longevity of pro football players. And this is a guy we just signed to a 6-year contract.

Reshad Jones, another pro bowl safety, playing for the Dolphins, had rotator cuff surgery in 2016, got back to pro bowl form in 2017, and just recently had another surgery to repair a torn labrum in his shoulder at the end of 2018. Could it be that the Giants recognized that the clock is ticking on Collins' health?

During the 2018 season, Collins gave up 33 catches for 397 yards and (3 tds) against opposing receivers. That caused him to be graded by PFF as the number 64 graded safety against the pass. His overall grade was 39, but remember, the Redskins just made him the highest paid safety in NFL history. Collins passer rating against has worsened over the past three years, declining from 70.1 in 2016, to 94.8 in 2017, and 127.8 in 2018.

In early February, PFF staff predicted the top 10 paid free agents for 2019. Collins was number 10, with a projection of 5-years, $57.5M, or $11.5M/year. The Redskins just paid him an average of $14M/year, about a 25% premium over where experts were estimating his salary would fall, likely in part a product of getting into an ill-advised bidding war with the Indianapolis Colts, who have a cap space war chest of around $100M.

At the end of the day, this is the same sort of splashy, ill-conceived signing the Redskins have continued to make over the past 20+ years of Dan Snyder's ownership. I wouldn't be surprised at all for Collins to have a good year, or perhaps even two, over the next 2-3 years, but the reality is, the Redskins team is unlikely to be very good, particularly in the next year or two.

If the Redskins were a safety away from a Super Bowl run, signing Collins to a 3 year contract probably could have been excused. At this rate, however, I wouldn't be surprised to see Collins out of the league by the time year 5 or 6 of high contract rolls around. This has all of the hallmarks of a deal the Redskins - and their fans - will eventually come to regret, once again chasing the market for a commodity at the height of its value, and, unfortunately, catching our quarry.

Do you think the Redskins made the right choice signing Collins?