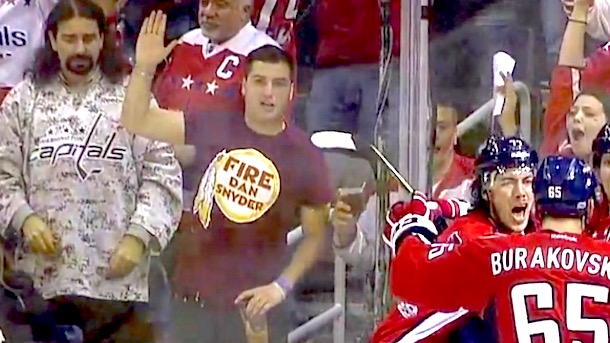 Much is made of the incredible valuations of NFL teams, and how, despite having spent 20 years making the Washington Redskins a league laughingstock, Dan Snyder's team is still worth $3.1 billion, good for fifth highest value in the league.

What is missed in these simple evaluations is that every single NFL team's value has increased dramatically in that timeframe. Below is the team value data (in billions) from Forbes for 2001 to 2018, as well as the increase in value for each team in that timeframe, and the relative rank of each:

In 2001, Snyder had the most valuable team in the league, at $796M. His team's value has indeed continued to grow, as they all have, but at the 27th slowest rate in the league, behind only the Titans, Bengals, Bucs, and Browns - a pretty pathetic crew. Meanwhile, other franchises, like the Bears, Giants, and Falcons have grown nearly twice as fast.

Dan is not just a pathetic owner from a football standpoint, but by NFL standards, he's also run the business - once the most lucrative in the league - into the ground.

Are you surprised at how weak, relatively speaking, the Redskins' valuation has grown under Dan Snyder?