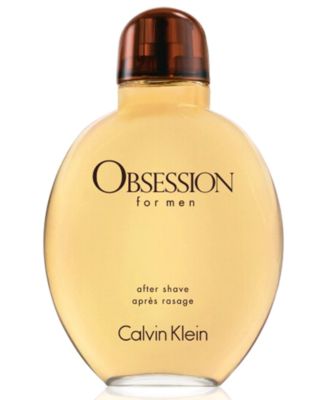 Yesterday, I posted an analysis of potential ways to optimize our compensatory draft picks in 2020. Today, I was accused of an "obsession with comp picks." Well, after having scratched the surface of the league history on comp picks, there might be some truth to the claim. I ended up adding a bit of "bonus" content to the end of the original article, but there's enough substance that I think it merits its own review. This entry is an attempt to do so.

Since 2014, 161 compensatory picks (from the 3rd to 7th round) have been issued to 26 NFL teams. The Redskins are one of six teams (including, the Titans, Jaguars, Eagles, Bears, and Saints) who haven't been awarded a single compensatory pick in that timeframe. The collective winning percentage of these teams is only .450, with the Eagles (.580) and Saints (.560) the only two teams with an above .500 winning percentage during those seasons. A full accounting of the number of comp picks awarded during that period to each NFL team is below:

It's little surprise that the top six teams: Broncos, Ravens, Bengals, Cowboys, Packers, and Patriots are among the more consistently successful teams in the league over that timeframe. All of these teams have had records above .500 (average .590) in the period from 2014 to 2018. But what happens if we not only look at the number of comp picks gained, but weight each of the picks by round (e.g., 3 round pick equals 7 points, 7th round pick equals 3 points)?

The list shifts around just a bit, with the Seahawks (.650 win percentage) displacing the Patriots, but the same teams - generally speaking - staying around the top. What becomes clear however, is how dramatically these high pick teams, which are averaging about 2.5 more picks per draft than the low pick teams, are exceeding the low pick teams in terms of draft value. The Ravens have gotten the equivalent of about 11 additional 4th round picks over those 5 years. The Broncos, Packers, and Bengals are all in the range of 9-10 additional 4th rounders in value.

That does not mean that these comp picks have turned into superstars. By and large, they haven't. But, we don't expect 4th or 5th rounders to turn into superstars. What they have likely done is allowed these teams to replenish role players with cheaper role players on rookie contracts, freeing up more dollars to either retain, or acquire through free agency, bigger name players. My guess is there is a also domino effect of having 2 to 3 extra JAGs per year, that allows teams to focus more purely on BPA with their earlier draft picks, but that analysis is beyond the scope of this piece.

Some will surely try to diminish whether extra mid/late round picks make a difference or not, but there can be little dispute that the teams at the top of the list have been - generally speaking - stronger performing teams than those at the bottom (with some clear exceptions, the Eagles come to mind). The argument is not that comp picks are the only factor associated with team success, but that they are one of several factors that can improve a team's chance of success, particularly when considered as part of a long term strategy.

My argument is not Comp Picks Uber Alles, but it is that we should be considering it as one critical element in player evaluation and free agency decisions, on a par with components such as player performance, salary requirements, replaceability in the draft, and replaceability in free agency.

If you're interested in a deeper look back, you can find the number of comp picks awarded between 1994 and 2014 here. During that timeframe, and by extension, from the full period of 1994 to 2018, the Redskins have only received 12 comp picks. By contrast, the Ravens have collected a league leading 49 comp picks during that same period.

Below is the list of compensatory picks collected by each team since the rule went into effect, side by side with their Super Bowl appearances and wins in that timeframe:

Should the Redskins be obsessed with compensatory picks?