Week One of the Redskins' NFL season kicks off with a trip to a generic football place to beat bland team.

Welcome back ladies and gentlemen. It's felt like a lifetime since we were all sitting on the edge of our seats wondering if Mike Shanahan was going to be fired mid-season, or 5 minutes after the last, brutal, unbearable game.

But all that's over with. We have a fresh new start and a fresh new quarterback controversy!

I digress. Let's not talk about us. Let's talk about the (INSERT TEAM) from the AFC South vying to come in either 3rd or 4th in the most boring division in football. You know when you're in a sports bar that shows all the games and after your team goes to commercial you look around at the other action? The AFC South divisional games are ALWAYS on that small TV that still has a tube and isn't in HD. You've got the Redskins fans, Steelers fans, Cowboys fans and Bears fans all cheering on their teams. Not an AFC South fan to be found. They should just disband the whole thing and divide the players around to other teams.

The Texans have two prime time games and one of those is just because the league FORCES every team to have a Thursday game. It's the equivalent of a 6-year-old's participation trophy. "Oh, look at the Texans. Bless their hearts, they're in the NFL and they're trying hard. Let's let them have a Thursday night game. Only question left is should it be against the Titans, Jags or Browns."

Houston poses an interesting problem for me. Generally I have my Cowboys, Giants and Eagles material down cold. And it's easier to relate to because we've all interacted personally with these people. If not for a few salty commenters on Battle Red Blog I'd be sure Texans fans were simply non-existent. And those commenters might just be family members of Brian Cushing or something.

Oh, and the Texans are actively promoting a CAN'T MISS halftime show from...wait for it...Smashmouth. I guess LIT and Better Than Ezra were all booked up?

Jeez that is sad.

And don't say anything about Andre Johnson, or all four of the Texans fans on the internet will reign down the wrath of lukewarm burns on you. It's like they somehow forgot this

Details of divide between Andre Johnson & #Texans is posting on @NFL.com. He told them he wants to play for another team. Houston resisting

It's like Andre woke up this summer, looked in the mirror and thought "Fuck this, man. Ryan Fitzpatrick? Are you shitting me? Clowney can't throw a deep comeback. I'm out."

If he played anywhere else Johnson would be sure-fire Hall of Famer. Instead he rotted away in Houston and is best known for punching Cortland Finnegan. That's sad.

That's the difference between the Redskins 3-13 and the Texans 2-14. DeSean Jackson came here without batting an eyelash. The Texans could have offered Jackson $10 billion, majority ownership, his own private spaceship and his own statue, and he still would rather play for Carolina or Pittsburgh.

Johnson will be mentally checked out the first time Ryan Fitzpatrick throws a hot potato right into Keenan Robinson's hands...which should be about three minutes into the first quarter.

But don't worry Texans fans. When Fitzpatrick is benched and/or murdered by Andre Johnson you can simply insert... 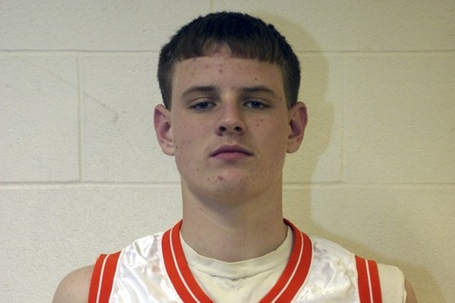 That should work out well.

Trent Williams humiliates Jadeveon Clowney. Jordan Reed shakes Brian Cushing out of his moldy, spaghetti-ligament knees and Ryan Fitzpatrick re-enrolls at Harvard because pursuing a graduate degree there is easier than playing quarterback for the Texans.