An All-22 film look at Duke Ihenacho in run support.

It was no secret that this off-season, our safety position was in shambles. In fact, most of Redskins nation was ready to storm Bruce Allen's office when he let Jarius Byrd, TJ Ward, Malcolm Jenkins and Mike Mitchell sign elsewhere. After the Denver Broncos signed T.J. Ward, I specifically mentioned Duke Ihenacho being a possible target for the Redskins. The Broncos tendered Ihenacho at the original level (he was an undrafted free agent, so if we made an offer that Broncos didn't match, we wouldn't lose any draft picks) and now had plenty at the position so I didn't think they'd get into a bidding war. Why did I want Duke Ihenacho? 1. He had starting experience on a good team. 2. He flashed in the Denver games I watched (they're on T.V. all the time), and 3. People actually wanted Mike Mitchell. It took a far different route and longer than expected, but Duke Ihenacho is now a member of the Washington Redskins. So what exactly did we get in Duke Ihenacho? Let's take a look at some of his tape: 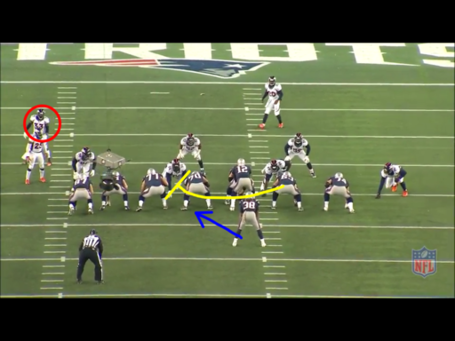 1. The New England Patriots are running a Power Run to the left. Ihenacho is down in the box. 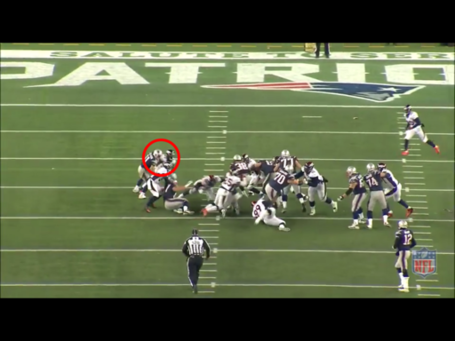 Julian Edelman tries to block Duke, but he pushes off and sheds the block quickly. 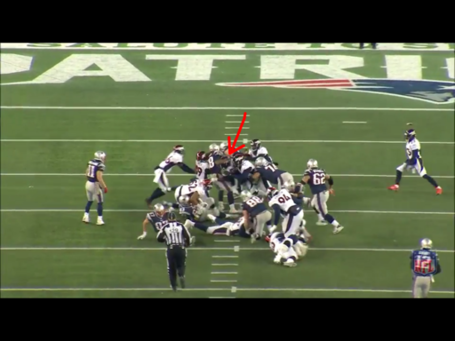 In fact, he pushed off the block so hard that he leads the charge on the gang tackle from the opposite side that he started. 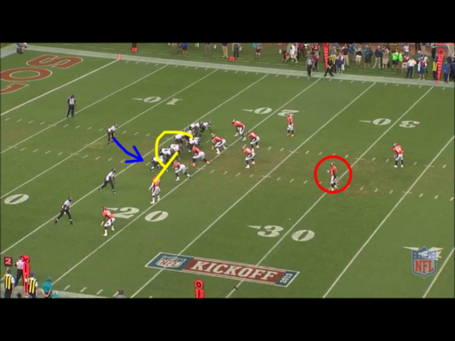 2. The Ravens are running a Power Run to the right. Ihenacho about 12 yards off the line of scrimmage. 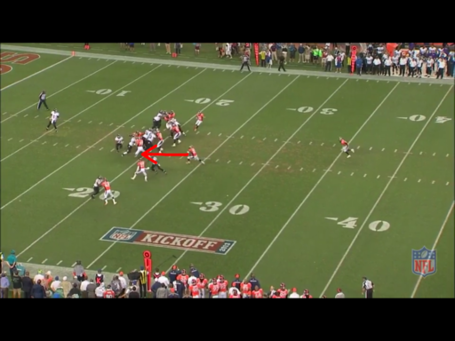 The pulling guard leads through and takes out a LB leaving Ihenacho to fill the gap. 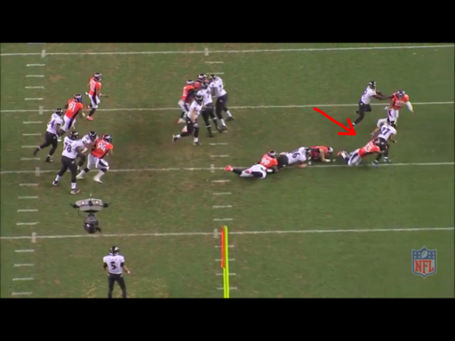 Ihenacho does a good job coming straight through and not giving Ray Rice time to make a move. Duke makes the one-on-one tackle. 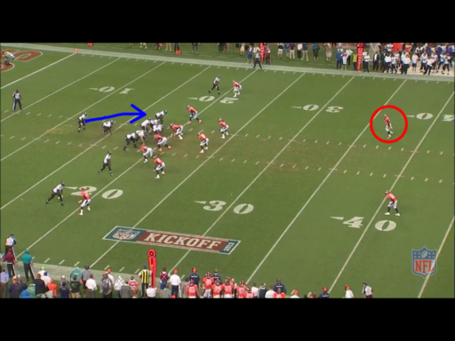 3. Again vs. the Ravens. Bernard Pierce is in the backfield on an Off-tackle run to the left. Ihenacho about 17 yards off the line of scrimmage. 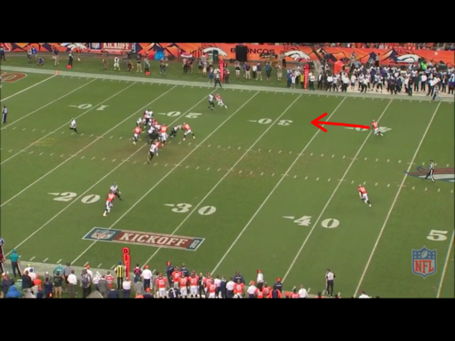 As soon as Ihenacho recognizes run, he comes flying downhill. Once again, everyone else is blocked leaving Ihenacho one-on-one. 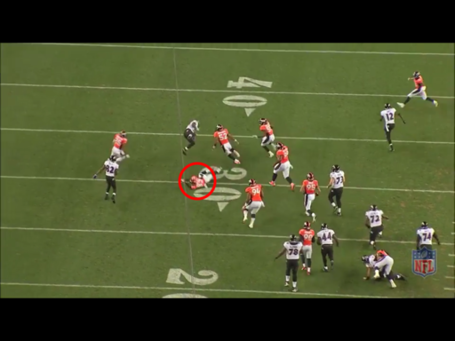 Ihenacho flies through the tackle, jackknifes Bernard Pierce's legs and sends him flying into the air and crashing into the ground. 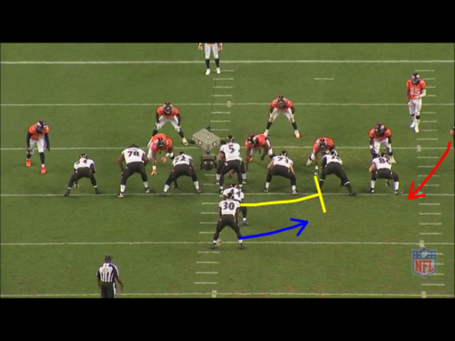 4. The Ravens are running another Off-tackle run. This time it's to the right and this time Ihenacho is on the line. 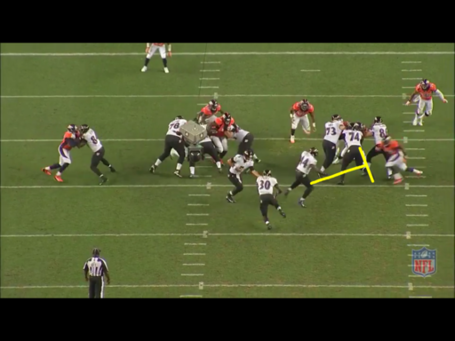 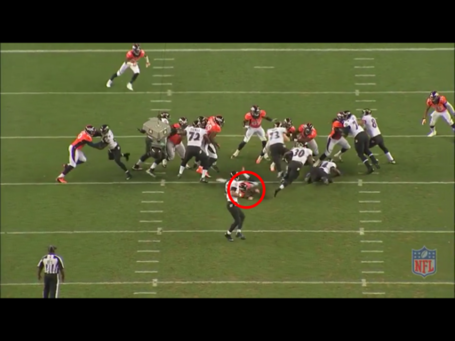 Duke goes inside, is able to duck his shoulder underneath Leach's block (low man wins), and reaches behind Leach to grab Bernard Pierce's ankle and trip him for a loss on the play. 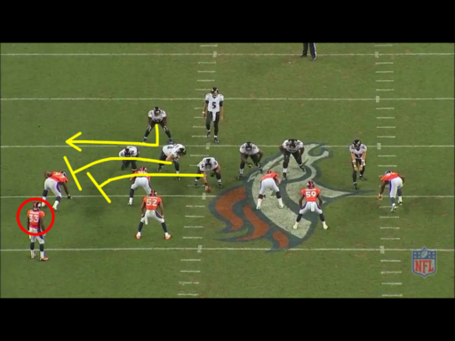 5. While this isn't a run play, a screen pass is an extension of the run game. Therefore, it makes the film review. Ray Rice on the screen pass. 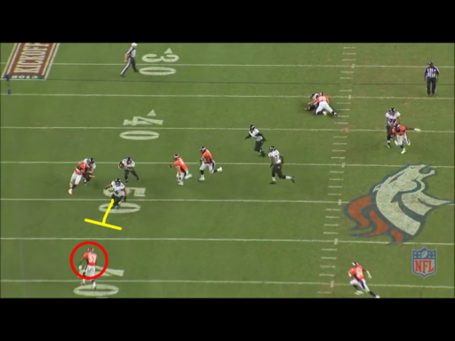 Ihenacho sprinted backwards off the hike to take care of his assignment. When the pass gets dumped off, Ihenacho comes up on the play with an OL leading the charge and aiming for Duke. 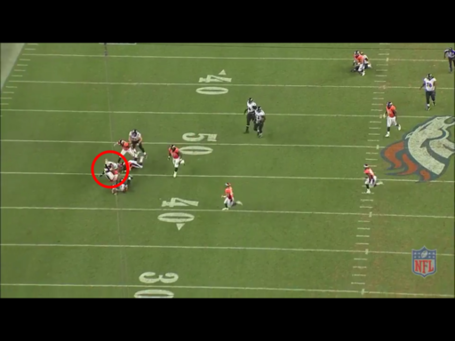 Duke lines up Rice and runs downhill so hard that when the OL cut-blocks him, it legitimately launches Ihenacho right into Ray Rice for the tackle. 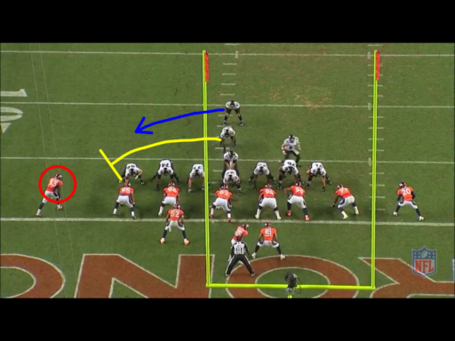 6. Here is the same play as earlier. This time on the goal line. Duke in the box. The run is coming towards him. 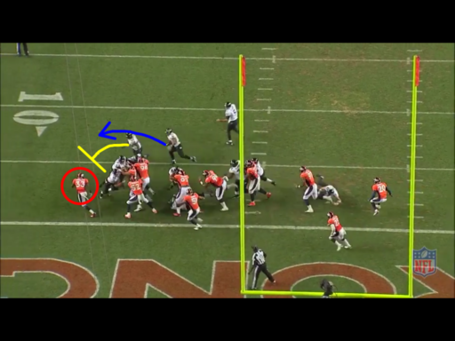 Because he has to respect play-action here, he doesn't commit to run until it is clearly a run. The edge gets sealed off, leaving Ihenacho against Leach and Rice. 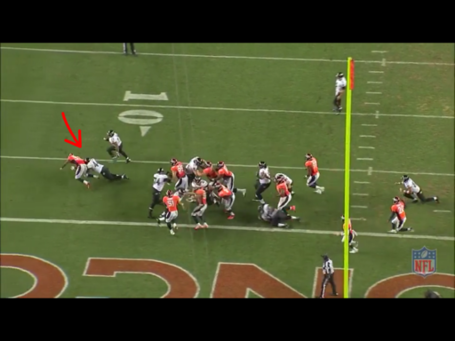 Ihenacho lowers his shoulder and knocks Vonta Leach backwards (no small task) and that's what this play highlights. Physicality. Rice scores on the play because there was no one else out there to help.

"Yeah, he can stand up to power teams like Ravens and Patriots. What about tackling in space against guys with speed like the Philadelphia Eagles? That's what we need!" 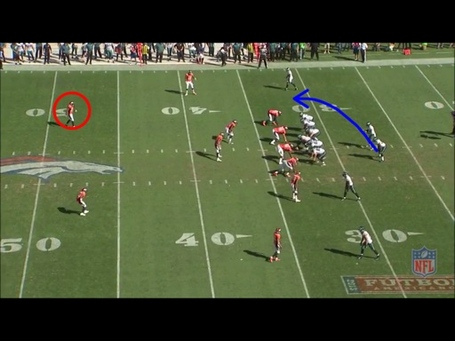 7. Ask and you shall receive. Here is Bryce Brown on a Shotgun Sweep. Ihenacho is about 16 yards off the line of scrimmage. 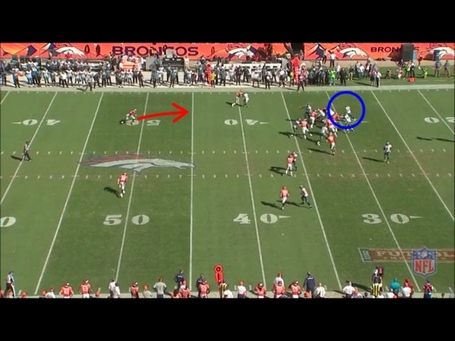 When Duke identifies run, he attacks. The Eagles seal off the D-line and the WR has a good block on the CB so that leaves Ihenacho one-on-one with Bryce Brown in space. 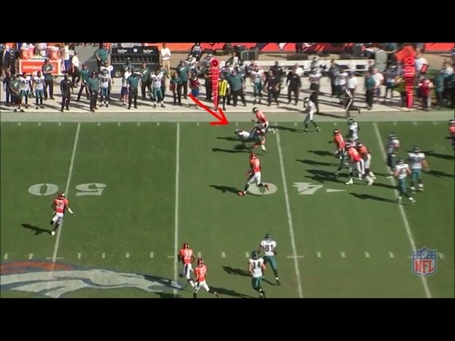 Again, Duke shows no hesitation so that Brown can make a move. Duke runs through, slices his legs out from under him, and leaves him spun around and on his back. 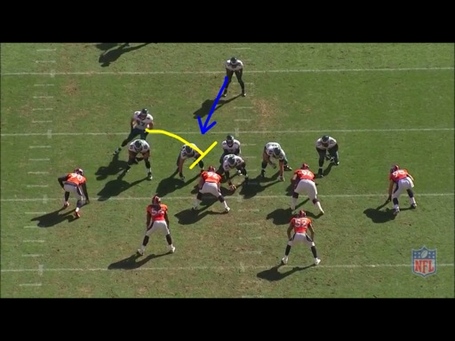 8. How about LeSean McCoy? McCoy is going to take the Give play up the middle with the TE as his lead blocker. 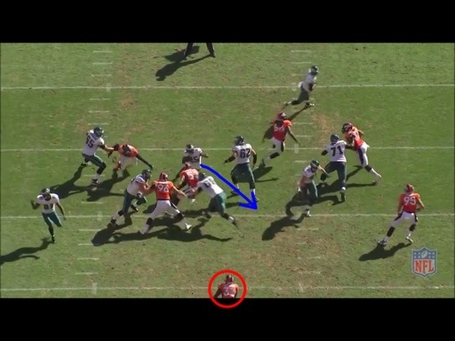 LeSean McCoy, who possess some of the best ball-carrier vision in the league, sees the lane open up and makes one of his jump-cuts through it. Ihenacho coming into the picture. 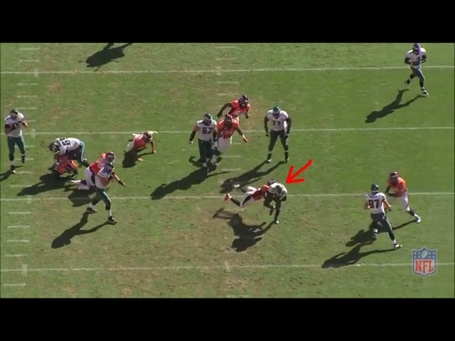 Once again, no hesitation by Ihenacho, giving McCoy no time to make a move one-on-one. Duke wraps him up cleanly and brings him to the ground.

Duke Ihenacho is pretty much everything you ask for in a downhill safety. He comes up with no hesitation, he hits hard, takes on fullbacks, and makes open field tackles. How is he in coverage? You'll have to check back later this week for that breakdown. I'm going to leave a poll question below but it's going to be at the end of the coverage breakdown as well. You know, just to see if opinions change.