An All-22 film look at an aspect of Cousins game that has haunted him since college.

(Editor's note: This article was written before the Thursday Night debacle. Ironic.) 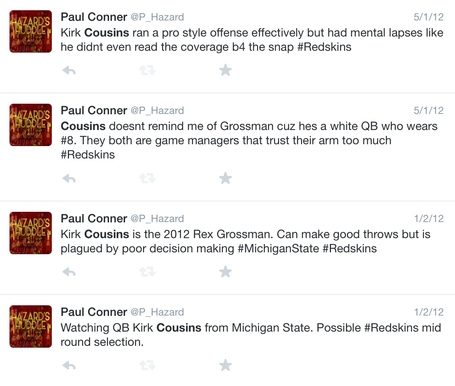 After watching every college game and snap of Kirk Cousins's career, this ended up being my evaluation on him. Let me start with this, I'm a Kirk Cousins fan. I like what he can do when he can play to his strengths. He makes bone-head errors at times but can operate an offense. Against the Eagles, he put up great numbers but this one play is him in a nutshell. The top tweet of mine says, "Kirk Cousins ran a pro-style offense effectively but had mental lapses sometimes like he didn't even read the coverage before the snap." Let's look. 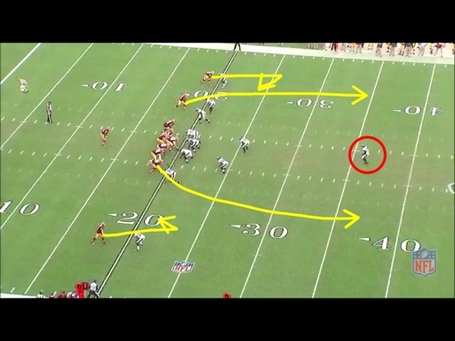 If you've ready any of my film breakdowns (I say that a lot, don't I?), you have seen this concept before from Gruden. A lot. You have hitches on the outsides and outside breaking seams from the slots. 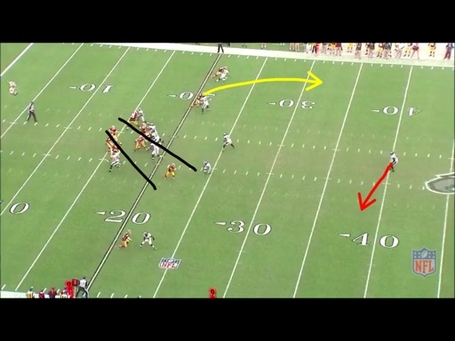 This is where the tweet I repeated resonates. Kirk Cousins spent ALL game looking to one side of the field and then firing to the other side. Manipulated safeties on so many of his throws. Eagles are in a single-high safety so it shouldn't be hard to do the EXACT same thing he'd been doing all game because there is no way that safety can recover after committing to one side of the field. Instead, Cousins looks at Niles Paul directly after the snap. The safety of course drifts that way. The funny thing is, Andre Roberts actually beats Brandon Boykin off the line of scrimmage from the slot on the other side. So if it was like most throws in the game, Cousins would look to Paul, drag the safety over, then toss a ball to the opposite side of the field where there is no help, giving Roberts a ball he can run underneath. 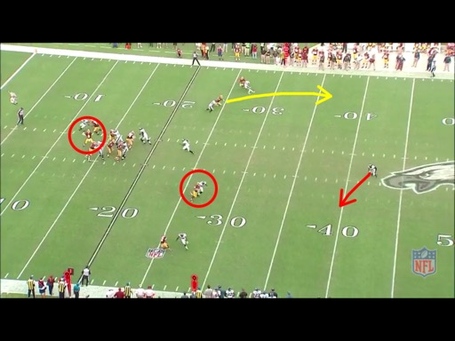 Now I don't know why Niles Paul slowed down on this route to begin with but I don't think it would have been complete anyway with the safety crashing on it. Andre Roberts has one step on his guy at the top and could run away from him if Cousins gave him a ball to chase. Instead, Cousins floats a ball over to Paul where the safety catches it in stride.

Maddening but this is what Cousins has shown since college. He can do all the right things all game and then has one or two throws where you're like, "What in the world is he thinking?" Sorry for the short article this week guys but we have a game on Thursday night. Hopefully, I'll be able to attack Giants film more in-depth.