Welcome everybody to Week 3 of the Hump Day NFL Pick'em, with special prizes brought to you each week by our friends at NRG! 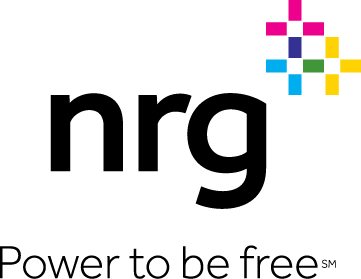 The Redskins finally got their first win of the season and their first win in ten months, for that matter.  Even though it was against lowly Jacksonville and our guy RGIII went down with an injury, they did what they were supposed to do and gave the Jaguars a solid Fed Ex thumping.  That victory made us here at the Hump day offices feel better for failing to do our job for the second straight week.  We finished with six measly points, going 6-10 on the week.  Would are contestants fare any better?  Here were the results:

Congrats to washingtonwin!!!!!!  This is your first win of the season and a Hump Day Pick'em record fourth win since we started this contest last season.  You know the drill:  Please email me your address and what size jersey you want (S, M, L, XL) and we will get your prize right out to you.

We are off to our usual slow start to the season, sitting at an overall record of 11-20-1.  However, as everyone knows, it's not how you start.  It's how you finish.  We will push forward and are ready to dominate this week.

With Week 2 firmly in the rear view mirror, we move on to Week 3.

Tampa Bay Buccaneers (+6.5) at Atlanta Falcons: After losing to a Rams unit that was down to their third string quarterback last week, Bucs coach Lovie Smith put on a brave face this week for his team, but loud sobbing and screams of "Why???" could be heard when he would to step outside to "make a call".  Pick: Bucs (+6.5)

San Diego Chargers (+2) at Buffalo Bills: Chargers tight end Antonio Gates is like a fine wine.  He's slightly aged and can beat most safeties over the middle.  That second part had nothing to do with wine, but you get the idea.  Pick: Chargers (+2)

Dallas Cowboys (-1) at St. Louis Rams: This week's Upset Special of the Week!  Take Austin Davis and the Rams, who are well on their way to being named the 2014 Hump Day Team of Destiny! (Which we're certain was only the kiss of death last season and will bring nothing but tidings of great joy to the lucky team in this new season.) Pick: Rams (+1)

Washington Redskins (+6.5) at Philadelphia Eagles: In an effort to spur on team disunity, Eagles brass won't let the Redskins players into the visiting locker room without picking a "Team Kirk" or "Team Robert" shirt at the door. Pick: Redskins (+6.5)

Tennessee Titans (+7) at Cincinnati Bengals: I fall in the category of people who say let Bengals fans get in as many "Who Dey?" text messages and tweets as possible before the inevitable and annual meltdown.  Pick: Titans (+7)

Baltimore Ravens (-1) at Cleveland Browns: The Browns rank fifth in total offense and are averaging more than 150 yards per game rushing in the NFL.  The Ravens have only given up one touchdown through two games.  But there's only one Johnny Manziel.  Pick: Ravens (-1)

Green Bay Packers (+1) at Detroit Lions: This is another divisional contest involving two teams that have looked both good and bad in two games.  On a side note, I'm more interested in seeing what 1990's Saturday Night Live sketch will be resurrected as an Aaron Rodgers commercial this week.  My money is on "Pat".  Pick: Packers (+1)

San Francisco 49ers (-2.5) at Arizona Cardinals: It's safe to say the team matchup is overshadowed by this being the first ever and long awaited "Ellington Bowl", featuring cousins Andre for the Cardinals and Bruce for the 49ers. Pick: 49ers (-2.5)

Denver Broncos (+5) at Seattle Seahawks: If not for the "Ellington Bowl", this would be crown jewel of the Week 3 NFL lineup.  Pick: Broncos (+5)

Kansas City Chiefs (+4.5) at Miami Dolphins: The Dolphins are on a roller coaster ride of a season so far.  The Chiefs are just on that kiddie train that no one likes.  Pick: Dolphins (-4.5)

Chicago Bears (+3) at New York Jets: We were so excited about this game, we completely forgot to include it initially.  Here you go.  Pick: Bears (+3)

So there are my Week 3 picks. The winner this week will have this fabulous prize to look forward to, courtesy of NRG: 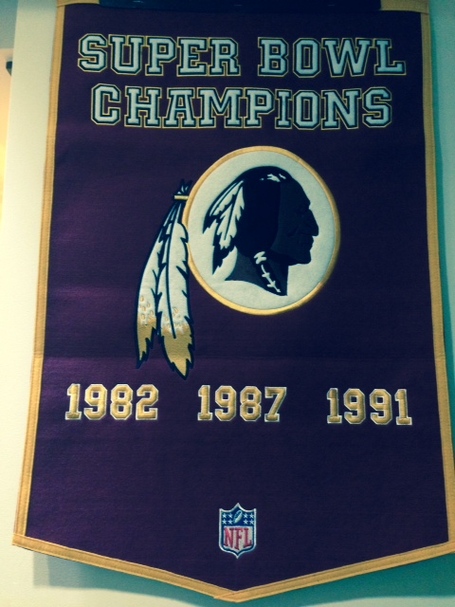 That's right - a Redskins Super Bowl banner, made specifically for your super awesome man cave!   (Or that little room that's off to the side that your wife lets you call your man cave until you have kids.)