A quick film look at Bashaud Breeland and Tracy Porter.

The Redskins have a problem on their hands. A good problem but a problem nonetheless because in the past, they have not typically made the right decision. In the off-season, the Redskins identified slot CB as a large need after years of the Josh Wilson experience. They went out and picked CB Tracy Porter, gave him a large contract despite recent play and injuries, assuming he'd be able to fill the void that has remained in our defense for a few years. They drafted CB Bashaud Breeland in the 4th round in the 2014 NFL Draft because DeAngelo Hall is getting older and Washington needed a contingency plan at some point. In addition, we also re-signed E.J. Biggers and as long as he's not playing safety, I'm okay with that. The problem here is the guy with the biggest contract (Porter) hasn't been able to play much. He's been hurt. With him being hurt, Breeland (and Biggers) have made the most of their opportunities. You can't judge the competition off of one play but look at this: 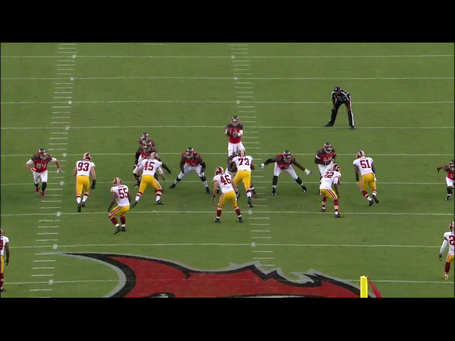 Here is Tracy Porter in the slot (on the right). He has the slot WR in man coverage and is playing inside technique (intentionally walling off the middle of the field). 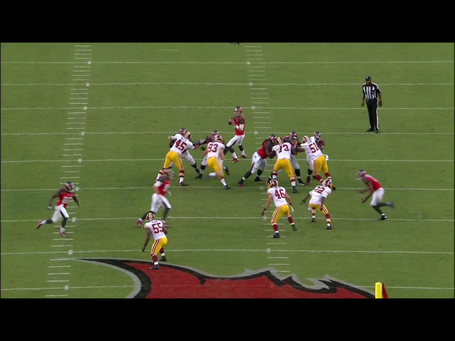 Porter has his back completely turned to the middle of the field as his WR is running an underneath drag route. Receiver is running full speed and Porter is a little too flat-footed. 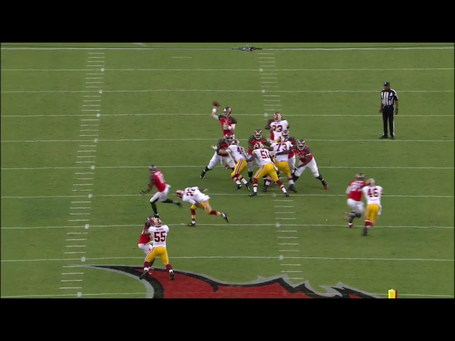 Porter tries to make contact but lunges, doesn't turn his hips in time, loses his balance and the receiver catches the pass. 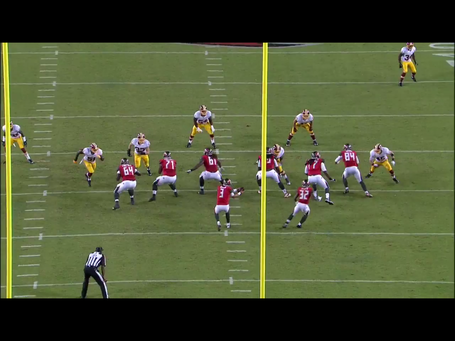 Here is Bashaud Breeland in the EXACT same situation (except this time on the left because of a flip in camera angles). He is playing inside technique on a slot WR that he has in man coverage. 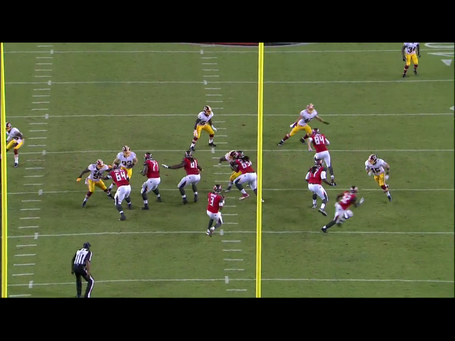 Breeland does the same thing as Porter. He turns his back to the middle of the field and plays inside technique. 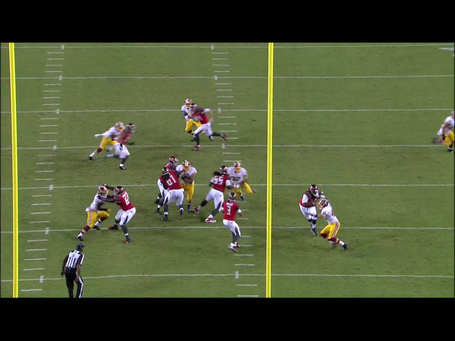 When Breeland recognizes it's a drag and not a double move, he accelerates quickly into a trail position. 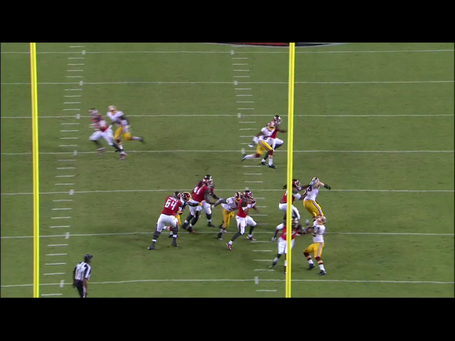 Apparently, the trail position isn't good enough for Breeland as he strides, undercuts the route and runs the route for the WR. The quarterback ends up getting sacked on this play.
Like I said, it's only one play but it's a microcosm of the entire slot CB battle. I may be a homer because I had Bashaud Breeland rated highly in my draft evaluations, but he has reached my expectations much faster than I gave him credit for. Now I want to see by how much he can exceed them. Not only has he been good in coverage but he has been laying the wood. Seeing him on the slot WR, recognizing run, ducking shoulder under WR's block, filling the gap and smacking the RB is a sight for sore eyes. It's not only his play, but the attitude and swagger that he brings on the field with him. Seeing other defenders get hype after some of these plays is awesome. This defense needs to feed off each other and work as a unit. Not trying to destroy Tracy Porter or say he can't play too but most people upon his signing thought he was still getting paid off of his Peyton Manning interception and he has yet to show otherwise. So, Redskins have a choice that is all too familiar: do they play the play or do they play the money?