A quick film look at Josh Leribeus against the Patriots "1st team" defense.

Ask and you shall receive. As you know, I'm always open to suggestions for feature ideas for Hazard's Huddle. This week, I received THREE requests for the performance of Josh LeRibeus vs. the Patriots which crushes the previous request number record of one. We all know the story: Josh LeRibeus was drafted in the 3rd round and some called him a reach. He barely saw the field as a rookie, let alone playing time. The next year, Shanahan had much bigger plans for the former 3rd round pick but when LeRibeus came to camp overweight, that put a kibosh on the master plan. Once again, he didn't see the field. With a new coaching staff and several OL additions through free agency and the draft, LeRibeus knows the clock is winding down for him. He showed up to camp in good shape and his work ethic is getting much more compliments this off-season. Josh was able to work against the Patriots first team defense (if you ask them, they didn't have a first team defense and rested all their starters) for one series so let's see what he put on the field: 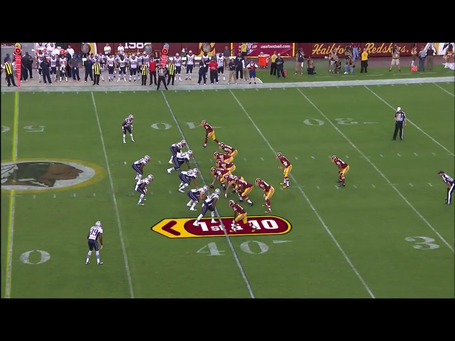 #1. Josh LeRibeus is at LG with Patriots DT Chris Jones (a standout last year) lined up over him. 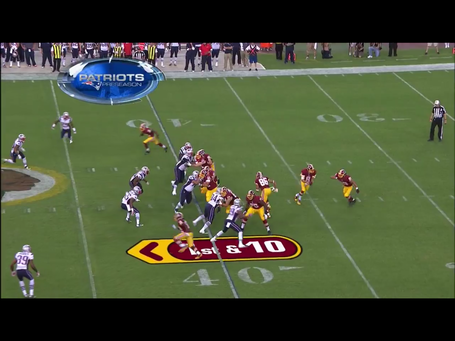 At first, LeRibeus lets Jones get into his pads a little too much here. 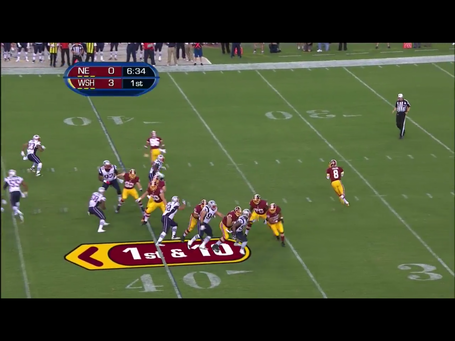 But Josh is able to extend his arms a bit and wash Jones out of the play as it's a bootleg out to the other side. 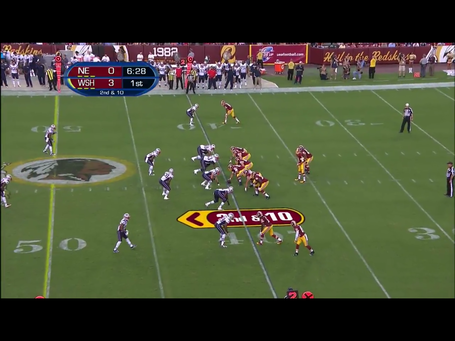 #2. Josh LeRibeus is at LG and is pulling right on this play. 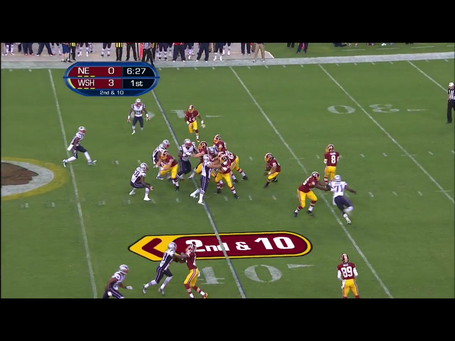 Josh doesn't really come across the formation with the type of power you'd like on the play but he does enough to cut off any backside pressure. 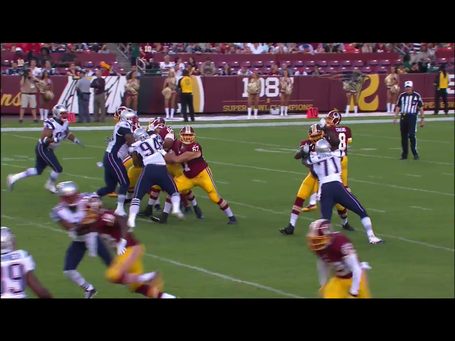 #3. Josh LeRibeus does a great job of sealing DT Chris Jones inside while also keeping his head on a swivel for DE if he comes inside. 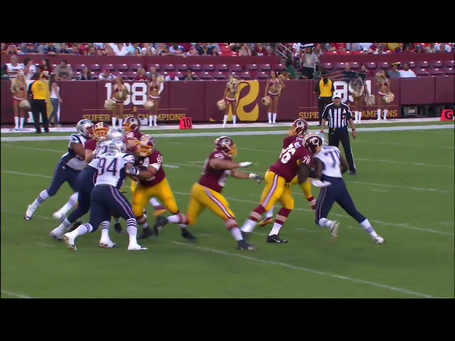 Josh shows good effort in trying to help out but Morgan Moses kept feet too still and lets the DE get to the outside. 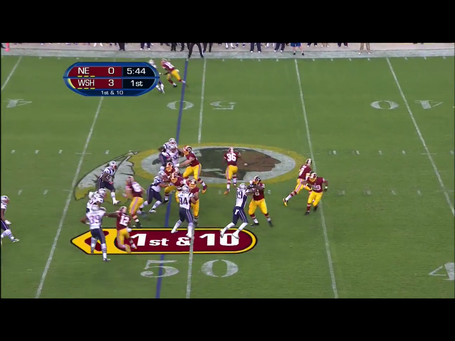 #4. Here is another bootleg away from LeRibeus. Notice this time he corrects his mistake and has his arms extended while controlling Chris Jones. 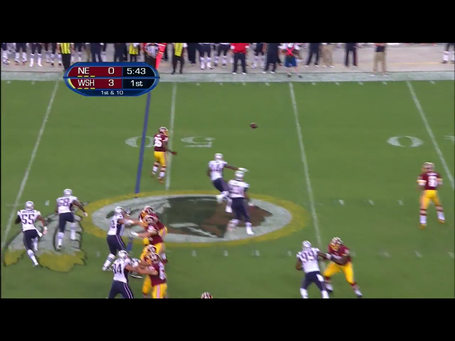 Leribeus is able to stabilize him and blocks Jones into C Tevita Stevens as Jones tries to get himself back into the play. 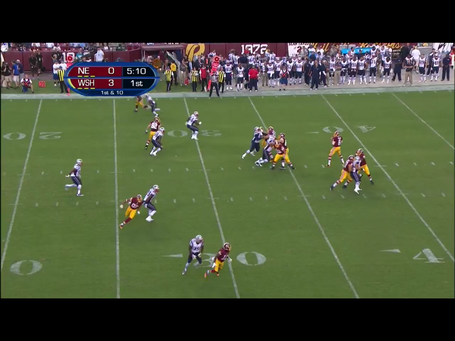 #5. The Patriots only rush three here so LeRibeus doesn't have anyone lined up over him. When no one extra rushes, he helps Moses make the DE a non-factor. 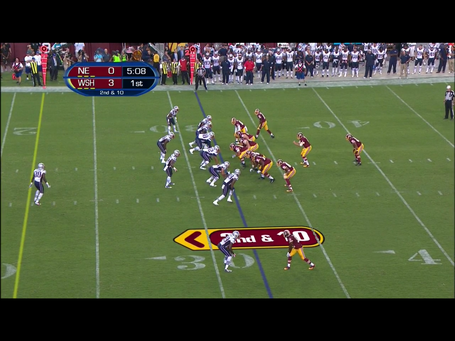 #6. Here is a stretch zone right (the Cousins/Helu busted play). Josh at LG. 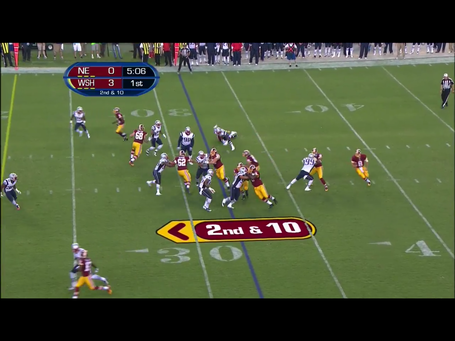 LeRibeus helps Moses on the DE at the point of attack and then is suppose to get the LB at the 2nd level but LeRibeus never releases. 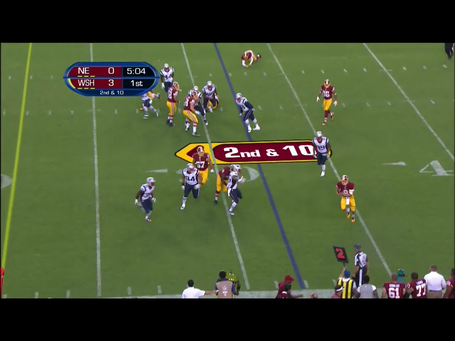 That keeps the LB free and Moses is forced to get out and hold the LB so that he doesn't hit Kirk Cousins. 10 yard penalty. 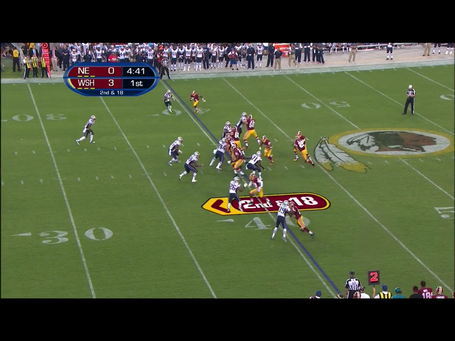 #7. Here is a Shotgun hand-off. Leribeus starts with a double block on DT Chris Jones with Tevita Stevens. 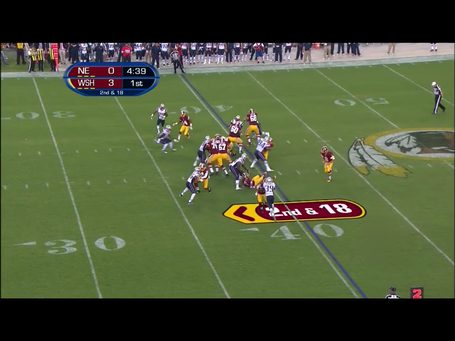 LeRibeus does a good job of sealing Jones and then releasing to the 2nd level to get a block on the LB. 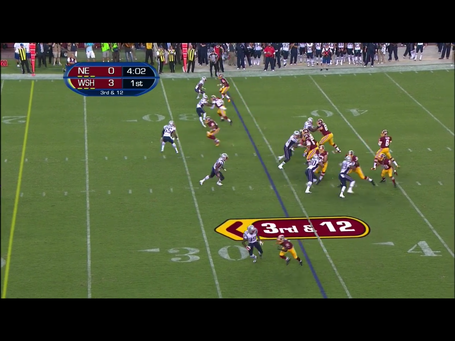 #8. Here is a straight drop back pass and LeRibeus looks surprised by the power rush initially. Very off-balance. 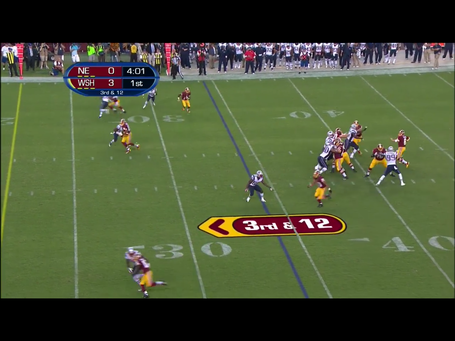 LeRibeus does a good job of shuffling his feet, re-setting his base and holding off rush which gives Cousins plenty of room to throw. 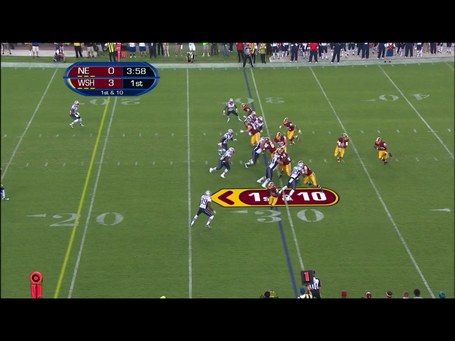 #9. Here is another zone stretch right. This time LeRibeus doesn't make the same mistake. He helps Moses on DE then releases to LB this time. 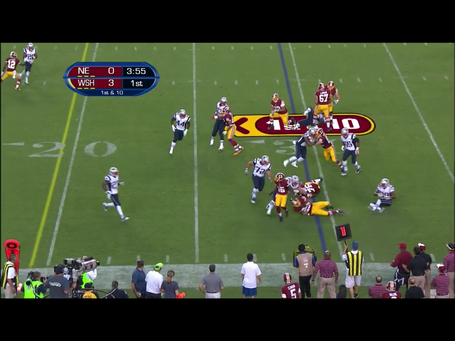 LeRibeus meets the LB and the flow of the play ends up having Tevita Stevens rolling up on the LB (at the top of the screen). 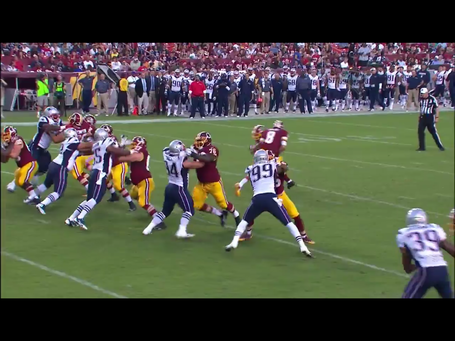 #10. Here is some man-to-man power-blocking. LeRibeus explodes off the ball and drives the LB back. 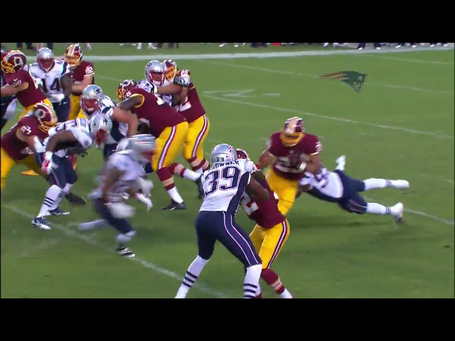 LeRibeus needs to show more control though as the LB is able to throw him to the side. Fury off the ball is good but it needs to be a "controlled fury." 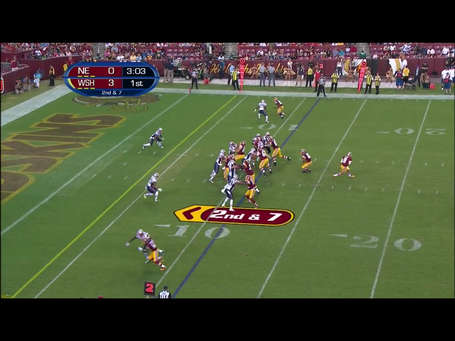 #11. The next play is the same man-to-man power blocking scheme. LeRibeus corrects mistake and hits the LB with much more control. 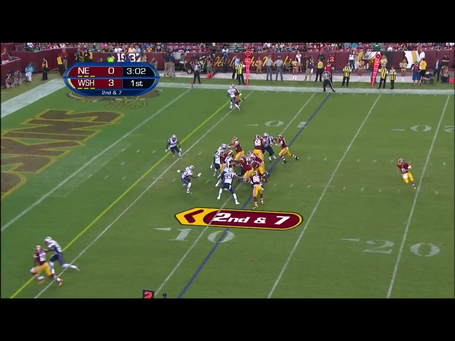 In fact, the LB doesn't appreciate the solid block and takes Josh's facemask and tries to drive him back but LeRibeus doesn't quit. 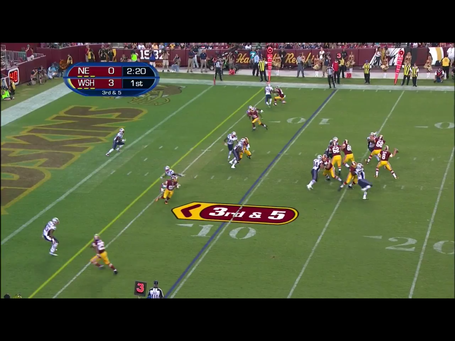 #12. Lastly, this is the TD play (slant pass to Aldrick Robinson). Even though it's only a three step drop, you can see LeRibeus sets a much more solid base than the earlier pass protection and gives Cousins a comfortable pocket to throw.

The most exciting take from this review is even though LeRibeus made mistakes, he corrected them in the same drive. While this is a short sample size, this looks like a more motivated Josh Leribeus. He appears to be taking the wake-up call seriously and is looking to show what made him a 3rd round pick in the first place.