Trent Williams said the team wasn't sluggish after getting an off day yesterday. "Everybody competed ... we had a great practice."

Williams on @DeSeanJackson11: "It's a hand-in-glove fit. ... He fits right in, and definitely adds that threat to our offense."

Trent on healthy Robert: "He's 100% and confident. It's a breeZe. Team runs a lot better." #Redskins

Trent was asked what other positions he could play, and he mentioned losing 50lbs could make him a nice Tight End. He was also asked about playing QB, of course he could. He also mentioned playing basketball to "Keep his feet right".

Changes on the Offensive Line:

Williams called it a great group on the Offensive line, noting that they only added one new guy in Shawn Lauvao. He mentioned that Lauvao is a vet, so his learning curve isn't as steep as it would be for a rookie. He said the line still needs time to build chemistry and cohesiveness, but they are coming along fine.

Preparing his body for the season:

Trent was asked if he lost a lot of weight, but responded by saying he has put the right weight on this offseason and trained in Houston to prepare for the season.(Williams trained with Adrian Peterson and mentioned learning workout techniques from him since his first season in the league). 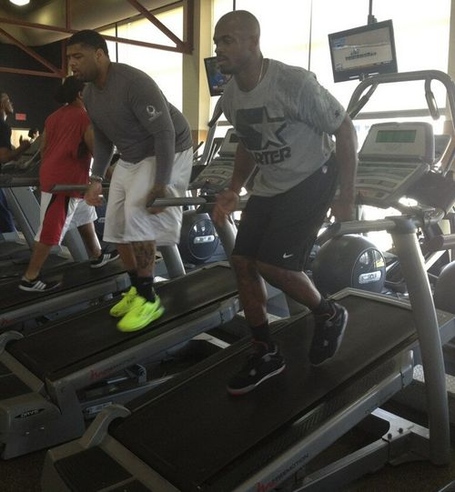 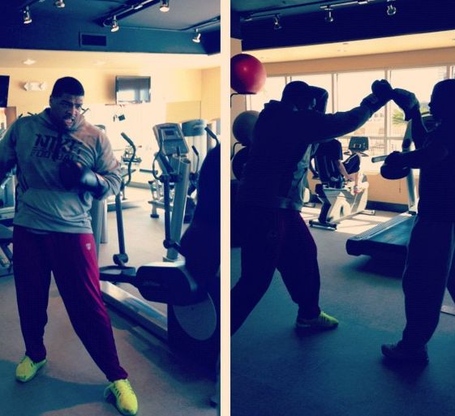 Trent Williams on running hills in Houston with Adrian Peterson, and how Peterson forces him to get better http://t.co/LqvHA0rrMW

Gruden was smart to keep a part of the Redskins offense that was a strength to the team. Gruden, and all coaches, preach to the team to be unselfish and do what's good for the team, and Gruden playing to the team's strength shows that.