An All-22 film look at Jay Gruden's play-calling categorized by down and distance.

Share All sharing options for: Hazard's Huddle: Jay Gruden on 2nd and Short (vs. Baltimore Ravens)

Last week, we looked at Jay Gruden's play-calling on 1st and 10. If you missed those breakdowns, you can find them HERE and HERE. Today, we are you going to look at his play-calling on 2nd and short. 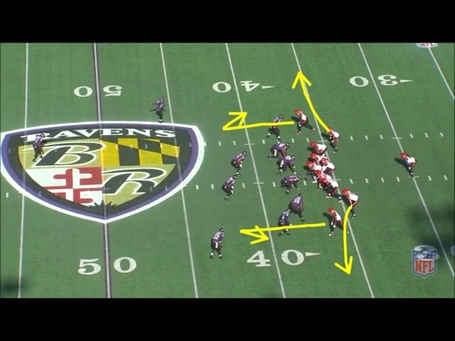 This is about as easy as it gets yet it's so effective. It's 2nd and short, Gruden comes out with run personnel and lines up in a run formation yet it's a pass. It's a pass play with a simple read that can get a quarterback into a rhythm early. If it's zone coverage, you hit one of the hitch routes in the open zone. If it's man coverage, you hit one of the speed outs. 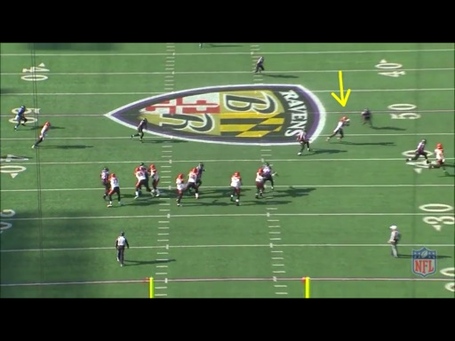 The Ravens are in a zone coverage and Andy Dalton hits A.J. Green. The play results in a 7 yard gain. 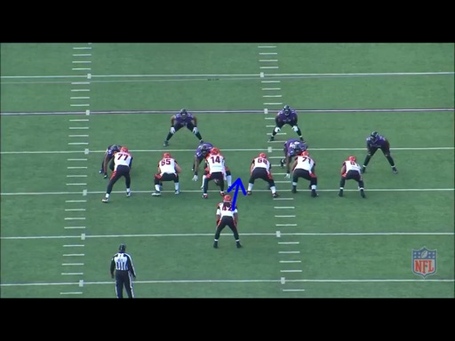 This is a just 22 dive. Andy Dalton actually checks to the run play when he sees he has six defenders in the box and six blockers for BenJarvis Green-Ellis. 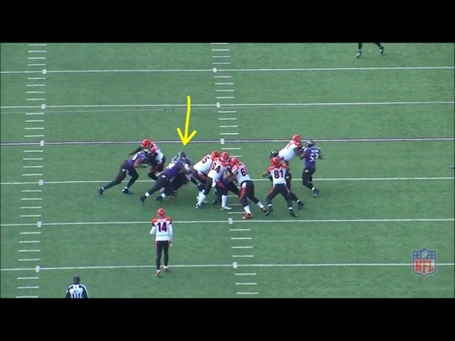 The hole never opens up, Green-Ellis stutters in the backfield and Courntey Upshaw is able to bring him down. The play results in a gain of 3. 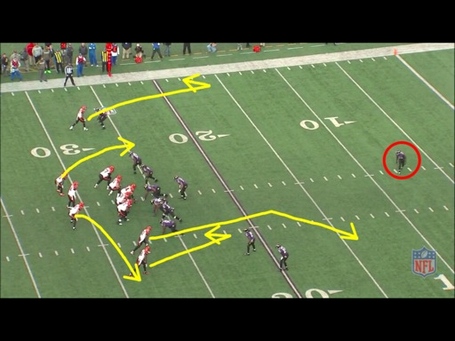 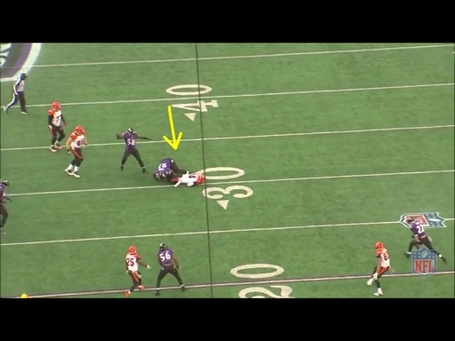 The Ravens ran a Cover 1 man and the corner route produced the most separation but it still wasn't ideal separation. Dalton tries to tuck it but gets sacked. The play results in a loss of 4. 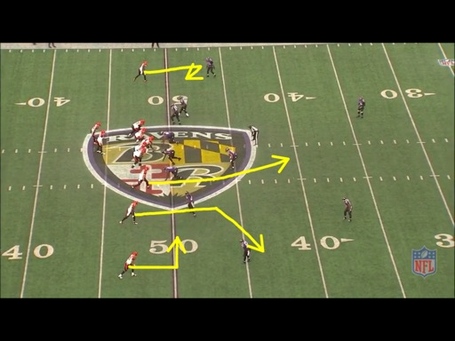 Down and Distance: 2nd and 1

Here is a counter of the typical SMASH concept. Instead of the underneath route being a hitch, it's a short in-route. This can also draw the outside CB in if it's man or zone and cause a pick play with the corner route. 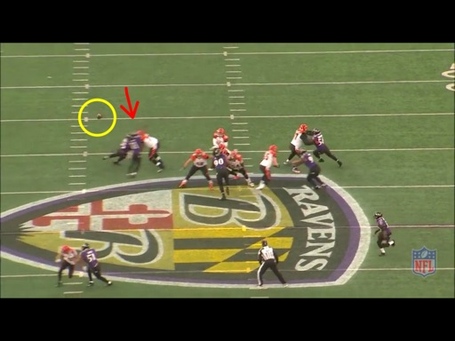 The in-route comes open but the ball is tipped at the line of scrimmage by a blitzer. The play results in an incomplete pass.

As you can see, the story of the game can be found here. The Bengals didn't execute very well on 1st down as only FOUR times were they in 2nd and short situations. That constantly put them behind the chains and allowed the Ravens to pressure them on every series. Despite the game going into OT, the Bengals didn't even belong in this game.