An All-22 film look at the DeSean Jackson/DeAngelo Hall match-up from Week 11.

Last week, we took a look at the match-up between DeSean Jackson and DeAngelo Hall from Week 1 last year. We determined that despite Jackson's 7 catch 104 yard 1 TD performance, Hall shut him down when he was assigned the task. They two met again in Week 11. Did Jackson get his revenge? He ended the game with 4 catches for 82 yards. Let's see if those numbers were produced against Hall or he compiled them against others. 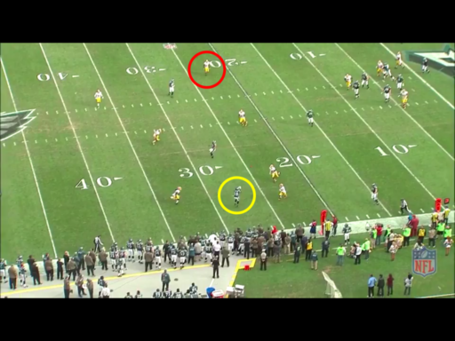 #1. DeSean Jackson's first catch comes from the Trips side (If you remember, Chip Kelly used this last game to pull Jackson away from Hall) and he runs a corner route. He makes the catch on the sideline for a gain of 15 (On top of that, EJ Biggers gets flagged for a 15 yard unnecessary roughness call). DeAngelo Hall is on the other side of the field. 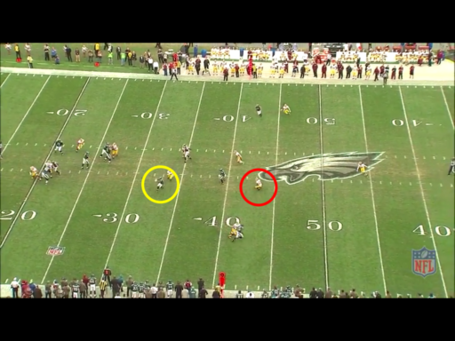 #2. Jackson lines up on the left side of the formation on this play and Hall starts on the right side. Jackson makes the catch on this underneath drag route and turns it into 26 yards. 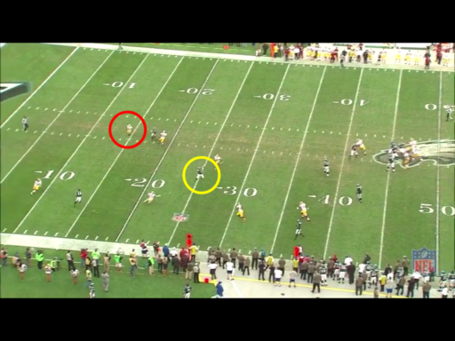 #3. King of the crossing routes, right HogHunter? This crossing route is run deeper than the first one. Unlike the first two plays, this time Jackson lines up on the same side as Hall but Hall is in a deep zone coverage and crosses the field. This one goes for 22 yards. 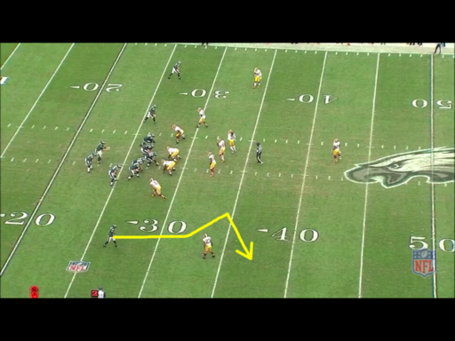 #4. Here is the only catch that came against DeAngelo Hall in this game. If you followed along for the Week 1 breakdown, this route should look very familiar. This is a route that Hall shut down all game in Week 1. Jackson sells the fly/post and breaks the route back outside. 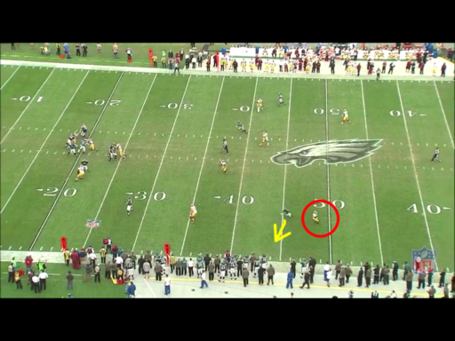 Unlike last game, Hall is late turning his hips on this one. 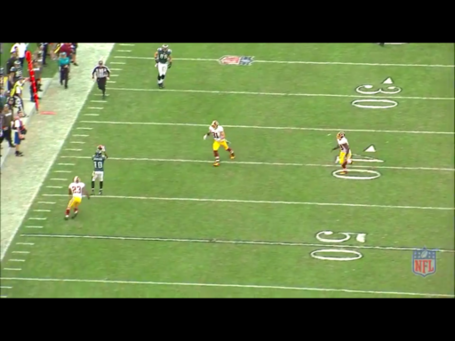 That means out of 4 catches for 82 yards only 1 catch for 15 yards came at the expense of Hall. That also means out of 11 catches 186 yards 1 TD total vs. the Redskins last year from Jackson only 3 catches for 55 0 TD came against Hall. Now just because Jackson only came away with one catch against Hall in this game, doesn't mean it's the only time Jackson got open against Hall. Check back later this week as we'll look at the match-up during the rest of the game in Week 11.