RGIII and Other NFL Stars In Comic Book Form

Gatorade has made a series of digital comic books with NFL stars.

Share All sharing options for: RGIII and Other NFL Stars In Comic Book Form

You can view the comic here and the PDF version here.

RGIII's brand/character name is TRIIIPLE IMPACT, not to be confused with this Jean Claude Van Dam classic: 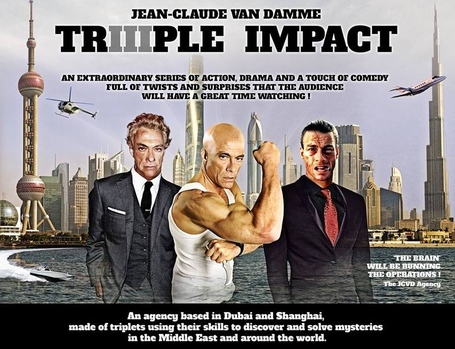 This is the Triiiple Impact Gatorade wants you to think about instead: 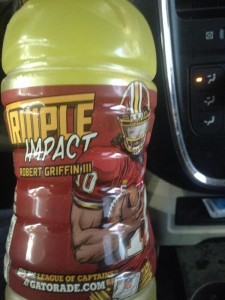 The comic features a Redskins game against the Saints and highlights his parents' military background and his dad's noted influence on his career since he was young.  Here is the last blurb of the comic after he throws the game winning TD(spoiler):

Even when you think you're working hard, you can still work harder.  When you think you've given enough, you can give a whole lot more.  That's the way I approach every day.  Seize every day.  There's no guarantee that I'll wake up tomorrow so I want to make sure I get through everything today.