Examining Chris Baker's fit with the Washington Redskins in 2014

Chris Baker is a rare case of a player that the Redskins have developed well over the years. Baker worked his way up from the practice squad to the 53-man roster in 2011, but landed on injured reserve before he got to play in a game. In 2012, Baker made the 53-man roster and hasn't looked back since. Baker has steadily improved and is poised for a break-out season in 2014. The Redskins showed confidence in Baker this off-season, signing him to a three year, $12 million contract. Baker is one of the most talented young players along a defensive line that has multiple players over the age of 30. Baker's versatility and ability to rush the quarterback is what make his so valuable in Jim Haslett's defense. Baker has the size to play nose tackle, and the speed to rush off the edge at defensive end. Chris Baker is one of the most underrated players on the Redskins roster, and is primed for a break-out year, I'll predict 45 tackles, 3 sacks, and a forced fumble for Baker.

Chris Baker is a lock to make the roster, and I believe he will start in 2014. You have to love Baker's motor, and when you watch him play you can tell Baker has a legitimate love for the game. Baker's ability to play nose tackle and defensive end will keep him on the field in 2014, and he will enjoy the best season of his young, promising career.

It appears Baker is already in game shape, oh and "Swaggy P" is by far the best nickname of the Redskins roster.

Chest day it's levels to this #hardwork #dedication Somebody asked how you feel? I said #pectacular… http://t.co/plC6vmbtUh 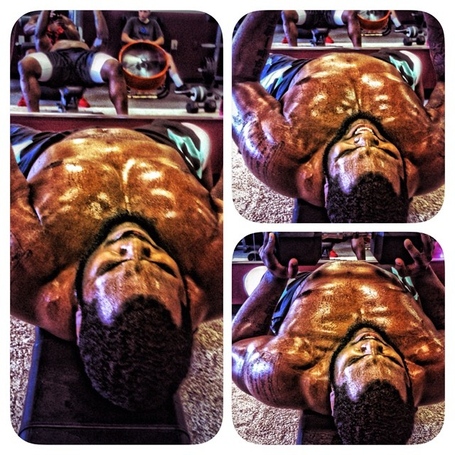 Y'all get ready My camp is tomorrow camp shirts are in #swaggytime Registration starts at 8 get there… http://t.co/KPTxAVR5BA 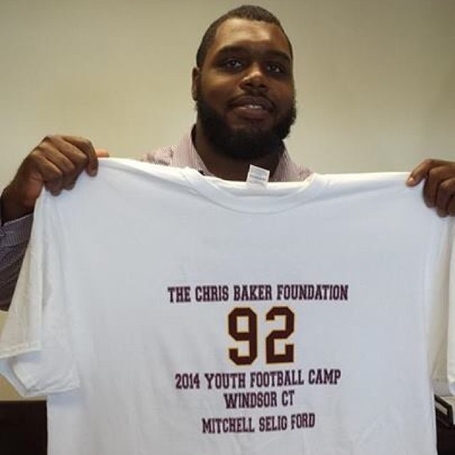 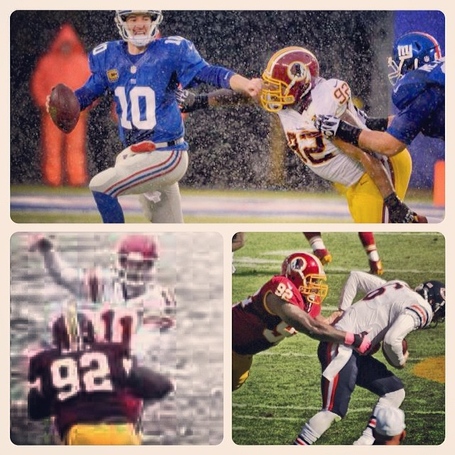