Earlier this week, we took a look at how Ryan Clark looks in run support and near the line of scrimmage. If you missed that breakdown, you can find it HERE. In short, he was able to make tackles in space and isn't afraid to get his hands dirty. Let's take a look at his pass coverage from that same game. 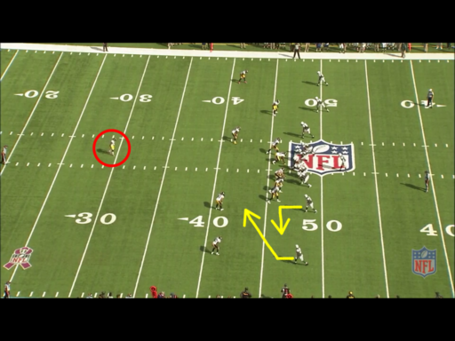 #1. Here is a Slant/Speed out combo by the Jets at the bottom of the screen. Ryan Clark is playing as the Single-High Safety (SHS). 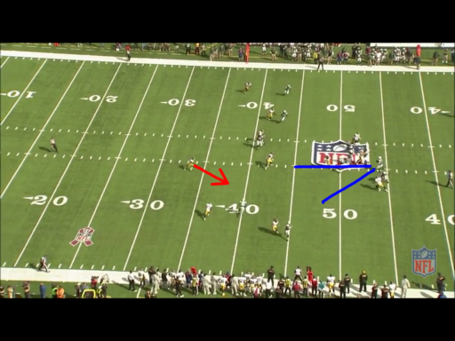 Ryan Clark read's Geno Smith's eyes and breaks on the slant route. The WR has plenty of room here though so I'm not sure why Smith doesn't release this ball. It's suppose to be three steps and get the ball out. 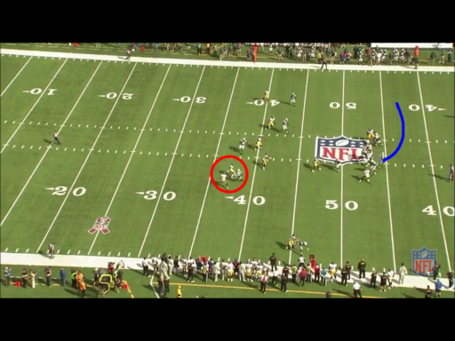 Clark ends up jumping the slant route which forces Smith to roll out to the other side of the field. While Clark eventually took the route away, Smith should have thrown it sooner but Clark probably would have put a pretty nasty hit on him. 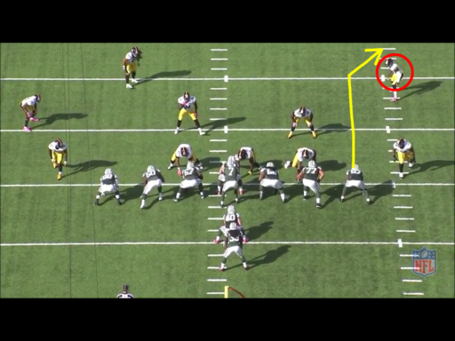 #2. Here is Ryan Clark lined up over a TE. He's going to come down into the box while playing a zone coverage. 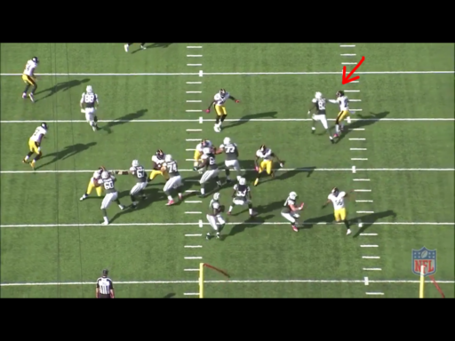 Clark gets physical with the TE on the play making sure his route is altered in some way. 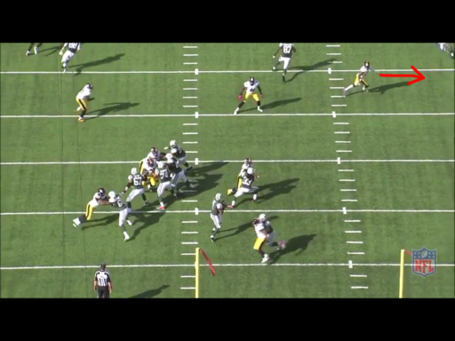 After the jam on the TE, Clark heads out to cover his zone. 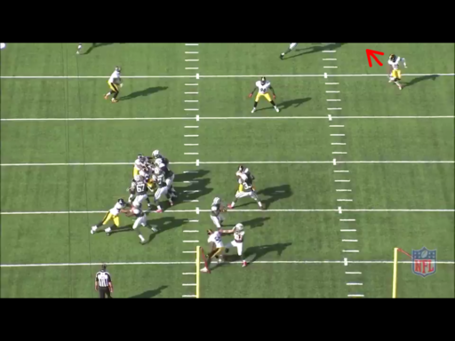 Because Clark is in zone, he can read the QB's eyes. Geno Smith's eyes are on the TE that Clark just released. Clark looks back in to locate him. 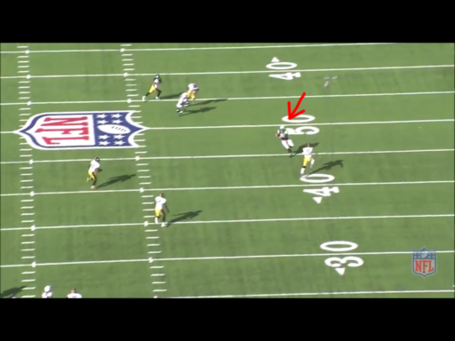 Smith throws a good ball to the TE who catches it and turns up-field. 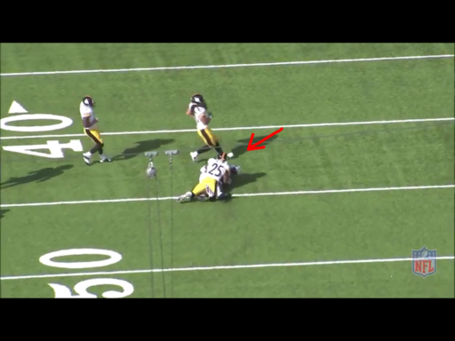 Clark is able to run him down and make the tackle. 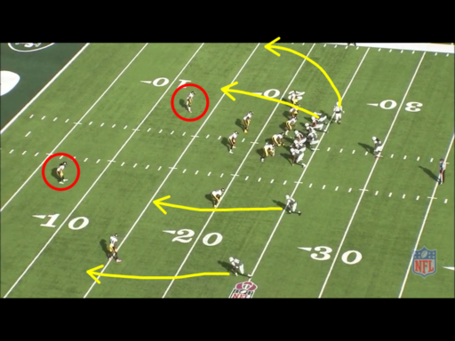 #3. Here is a Jay Gruden favorite. Four Verticals close to the red zone. The Steelers are in a Cover 2 Man. Ryan Clark is the safety towards the top of the screen. 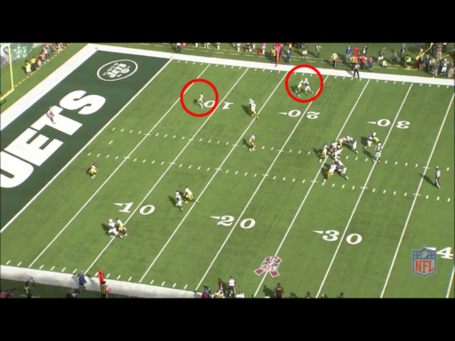 As you can see, the Steelers CB at the to of the screen gets a great jam on the outside WR. Clark positioned over the top of both outside and slot WRs so he can make a play on either match-up. 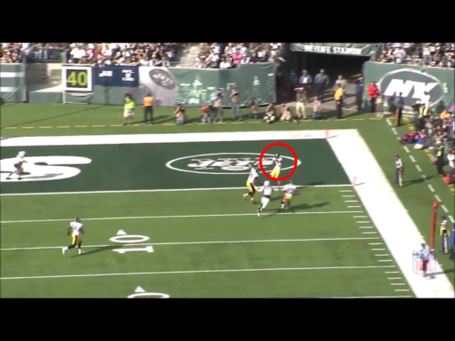 For whatever reason, Geno Smith tosses the ball out to the jammed WR from the top of the screen. By toss, I mean just lobs it deep in the field of play. Ryan Clark makes the easy interception. 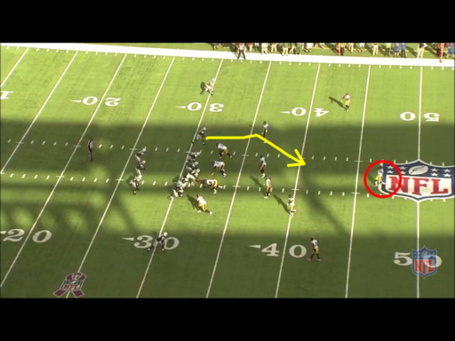 #4. The slot WR on the Jets is running an In-breaking route from the top of the screen. Clark is playing the SHS. 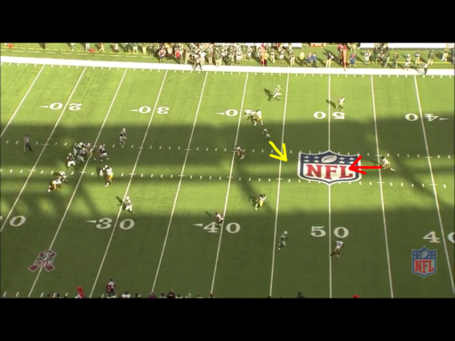 When the WR breaks on the route, so does Clark. 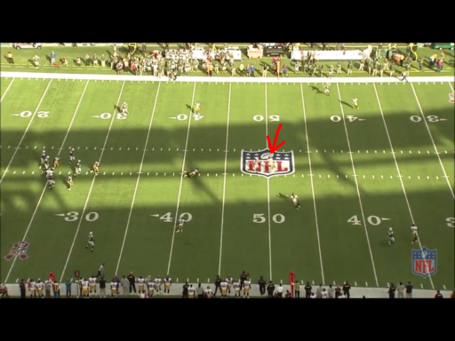 Geno Smith throws the ball to that WR but it's a little behind him and Ryan Clark is able to knock the pass away. 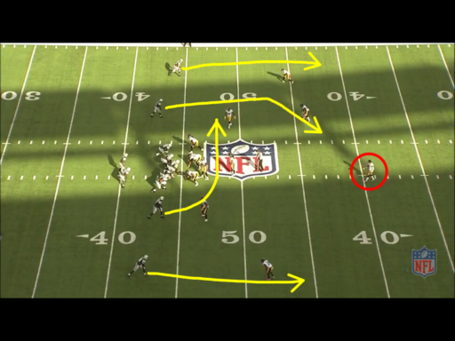 #5. Ryan Clark as the Single-High Safety again. These are the routes of the Jets WRs. Post from the left slot and a drag route from the right slot as a dump-off option. 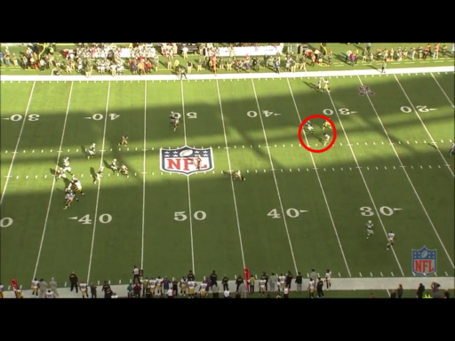 Clark immediately cuts in front of the post route and takes it away. 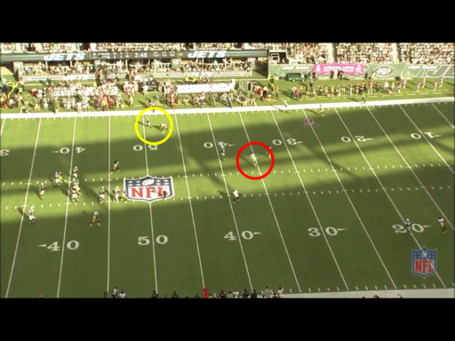 Because of Clark's coverage, Smith is forced to dump if off down to the drag route which now has made it across to the top of the screen. Ryan Clark is still in the middle of the screen. 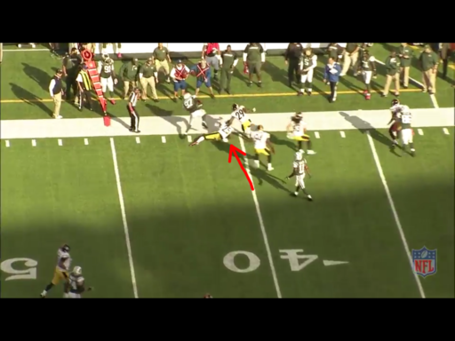 Yet Clark closes on the pass-catcher and is the one who wraps him up, bringing him down out of bounds.

After I finished this review I wondered to myself, "Why did I do a pass coverage evaluation against Geno Smith?" A more experienced QB probably would have hit the slant route, not thrown the no-chance INT and might have led his WR across the field on an in-breaking route. With that being said, Clark still showed that he can take away options down the field and showed the diversity to play in the box and as the single-high. But as is the case with a few starters on defense, I hope he hasn't lost the step that allows him to make a difference.