Due to public outcry from Redskins nation, I have no other choice but to extend the "Jay Gruden's TDs in 2013" for one more post. After going 11-5 on the season, the Bengals qualified for the playoffs. The Bengals were matched up against the Chargers in the Wildcard Round, who they beat previously during the season, 17-10. They were not able to repeat that performance. Let's take a look. 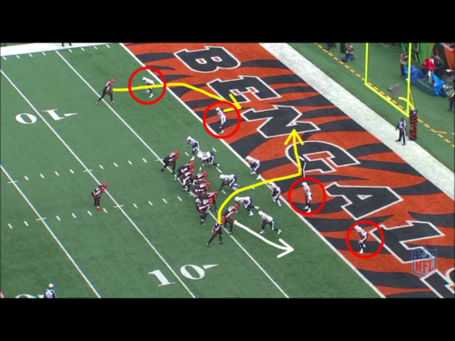 #1. 2nd and Goal. The Bengals are running a play-action pass with posts from the two WRs. The Chargers use their secondary to bracket both WRs. Jermaine Gresham will sell the run play hard and leak out to the flat late. 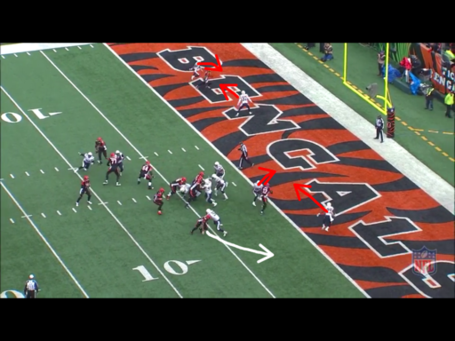 AS you can see, the Chargers take those WRs completely out of the play. Jermaine Gresham blocks and keeps losing ground (on purpose) then uses a tug and swim move to get by the OLB. 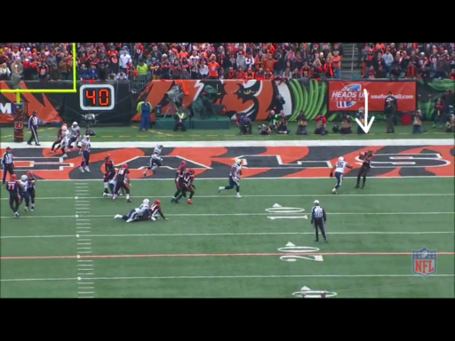 Under extreme pressure, Andy Dalton is still able to flick the ball to Gresham and drop it over the OLB's head. Gresham falls into the end zone for the Bengals only touchdown of the game.

So I reopened the "Jay Gruden's TDs in 2013" series to close it again. It's disappointing that in the most important game of their season, they were only able to score one touchdown. I will be returning to this game to review all plays find out why this happened. Was it the play-calling? Was it the execution? Did Chargers do something different on defense? The tape will certainly tell the story.

I am also using this article to take any suggestions my readers have for film breakdowns for the rest of the off-season. There are plenty of topics out there, I just want to know the order of importance that you would like to see them. I have already received a request for RG3's mechanics but what else is important to you? A concept you want explained? A free agent you want to see? A draft prospect? Specific games? Welcome to my suggestion box.