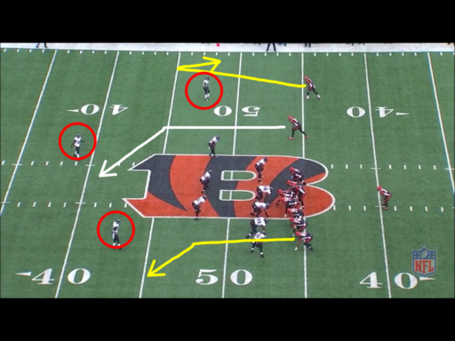 #1. 2nd and 5. The Ravens are in a Cover 3 here.The Bengals are running a play-action pass play with A.J. Green running the post route from the slot. 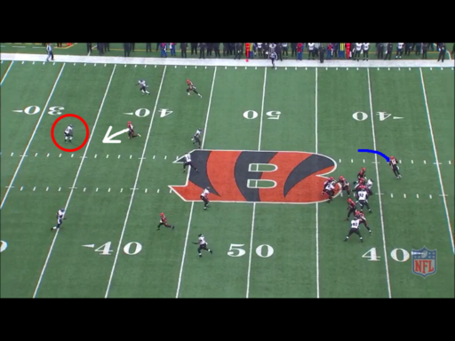 Whether it was the play-action fake or he thought he could take A.J. Green man-to-man, Matt Elam stays flat-footed for far too long. Green makes an outside move getting Elam to open his hips the wrong way and Green breaks towards the post. Imagine DeSean Jackson's speed in this scenario. Andy Dalton is able to roll out and extend the play. 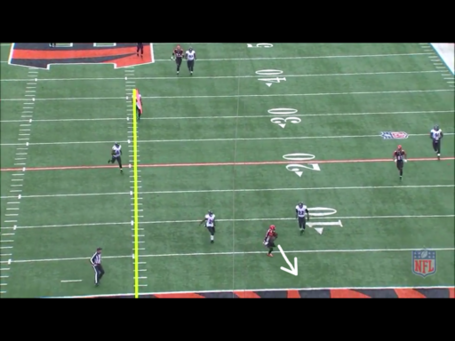 Dalton hits Green with no one around him and he walks into the end zone for the easy touchdown. 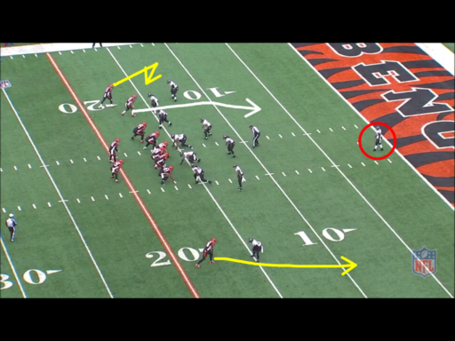 #2. 3rd and 3. The Ravens are in a Cover 1 Man. FS Matt Elam shades over AJ Green's side at the bottom of the screen on the fade route. 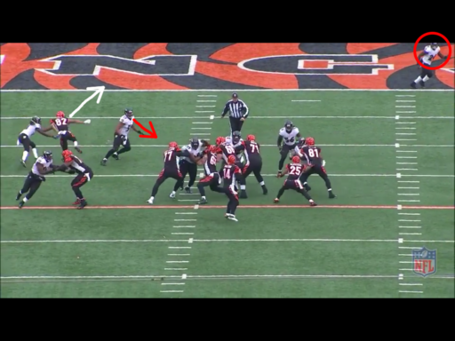 At the snap, Andy Dalton moves Matt Elam even more with his eyes as he looks to AJ Green. Dalton looks back to the middle of the field that is now open and sees the LB isn't giving Ladarius Webb inside help with Marvin Jones. 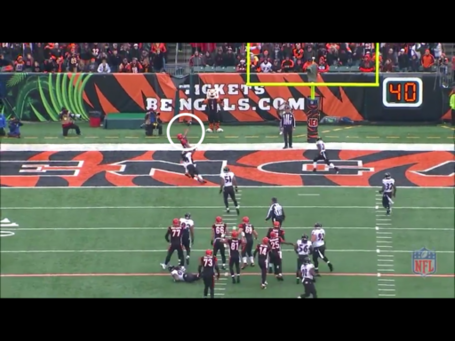 Dalton just lobs it over the top and lets M.Jones run under it and make a play. He brings in the touchdown with a one-handed catch. 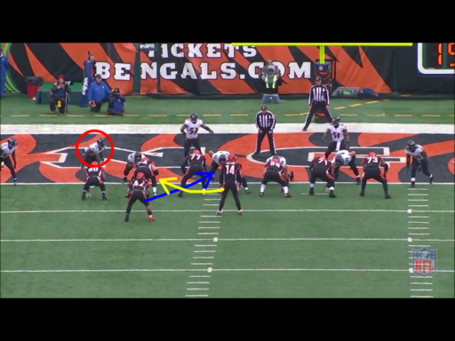 #3. 1st and Goal. This play should look familiar to Redskins fans. The good, old Read-Option play. Dalton puts the ball in the belly of Benjarvis Green-Ellis and reads the OLB. 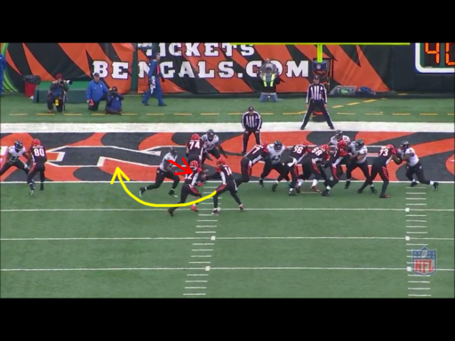 Terrell Suggs crashes hard on the RB so Dalton pulls the ball at the last second. 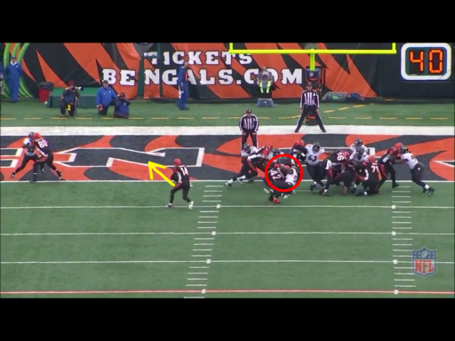 While Benjarvis Green-Ellis takes a monster hit in the backfield, Dalton gets a free run into the end zone.

That concludes the "Jay Gruden's TDs in 2013." It'll be fun now to go back through the weeks and envision the personnel we've acquired through free agency and the draft finding their niche in this offense.