An All-22 look at the DeSean Jackson/DeAngelo Hall match-up from Week 1 (Part 2).

Earlier this week, we took a look at DeSean Jackson's performance against DeAngelo Hall and the Redskins in Week 1 HERE. We learned that out of Jackson 7 catches 104 yards 1 TD that only 2 catches for 40 yards were against Hall (being harsh). Let's take a look at the Jackson/Hall match-up through the rest of the game: 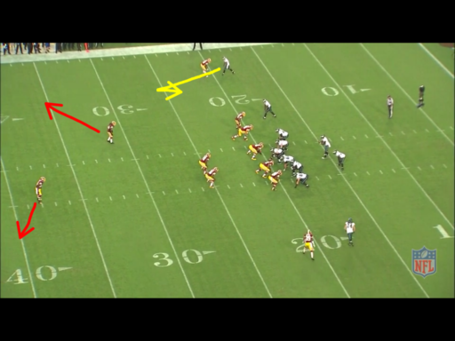 #1. Redskins are showing a Cover 3  but are going to switch to a Cover 2. DeAngelo Hall is able to play press coverage because of that. DeSean Jackson is running a hitch route. 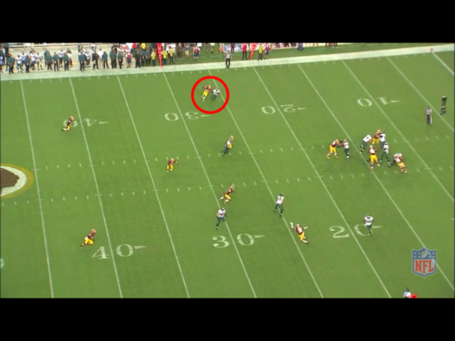 Hall is physical with Jackson and stays with him through the break in the route. Covered. 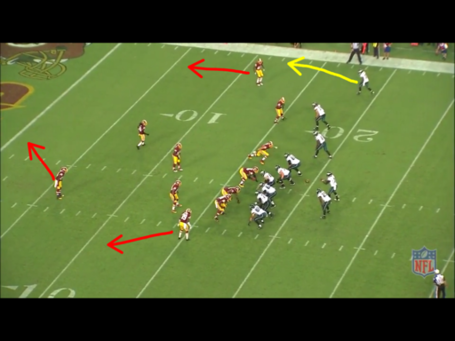 #2. Redskins are showing a Cover 2 but bail into a Cover 3. Jackson is running a fly route and Hall has that deep third of the field. 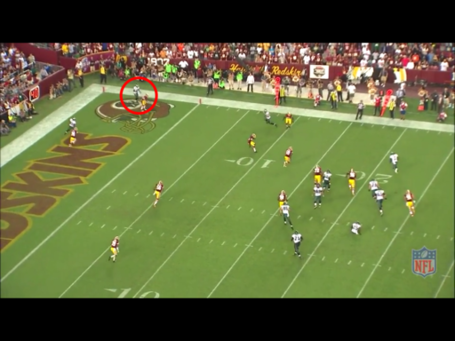 Hall takes him through the end zone as Michael Vick rolls out to their side. Hall stays in front taking away Jackson. Jackson running a fly while Hall was in Cover 3 happened a bunch. Nothing to see here. Covered. 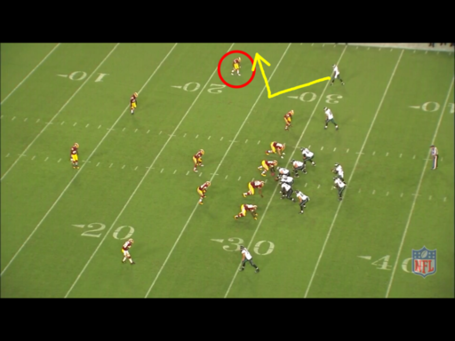 #3. These are the hard routes to cover. It looks like an arrow route but Jackson likes to fake the fly/post before he does most of his out-breaking routes. His speed and cutting ability typically make this very effective. 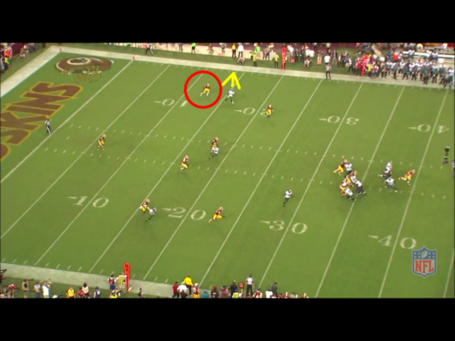 DeSean Jackson takes his route inside (like a post) and that's the way Hall plays it. When Jackson breaks back outside, Hall sinks his hips quick and accelerate out of his break on the route. 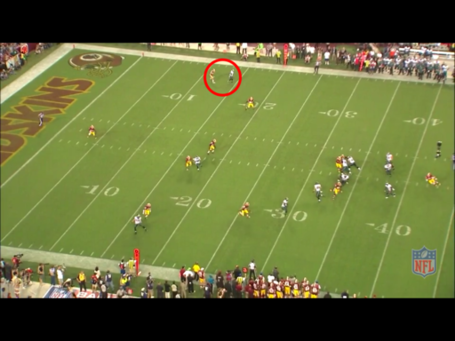 Hall takes away the route and then starts trailing off just in case Jackson decides to turn back up-field when Vick starts scrambling. Covered. 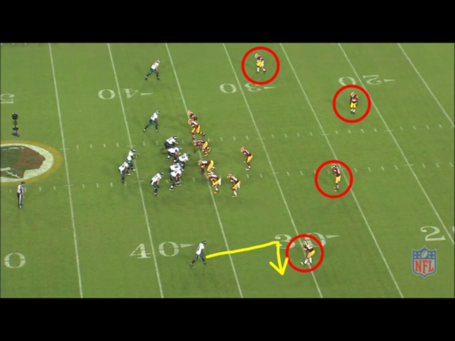 #4. Once again, Jackson is going to bend the route inside before breaking it outside. Hall is in a bail technique so he'll be opening his hips inside right off the snap. 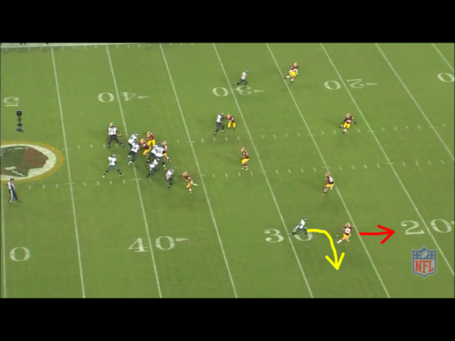 As Hall bails, Jackson eats up his cushion and then breaks outside. 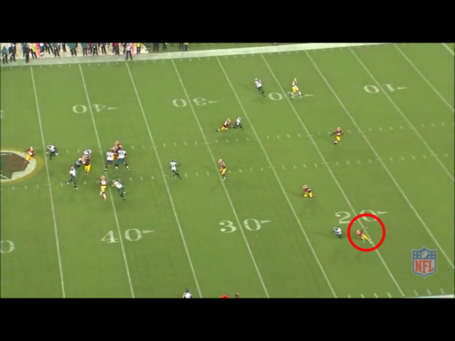 Hall takes his eyes off the backfield and turns around from the outside (a technique used by DBs to not take false steps/lose speed) and does a good relocating Jackson while breaking back to the ball. 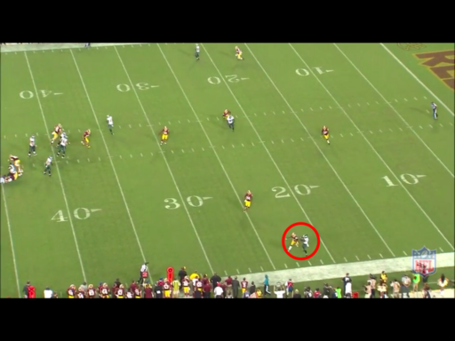 Hall is able to transition out of his break so quickly that he is actually able to undercut the route. DeSean Jackson catches the pass but lands out of bounds as Vick put it the only place Hall couldn't get it. Covered. 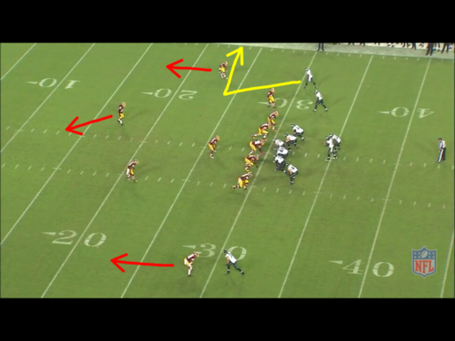 #6. Starting to see a pattern? Jackson on an out-breaking route. 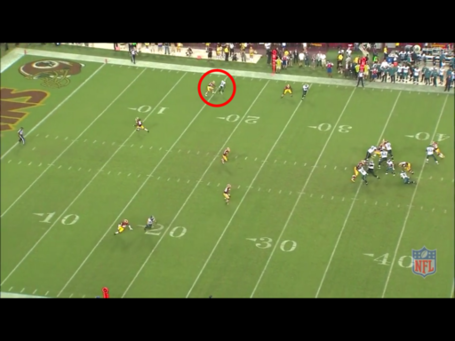 Again, Hall doesn't take the inside fake and is able to stay with Jackson out of his break. Covered. 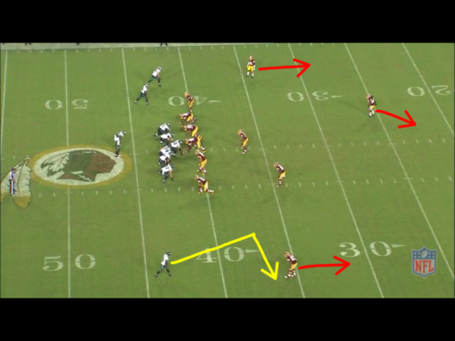 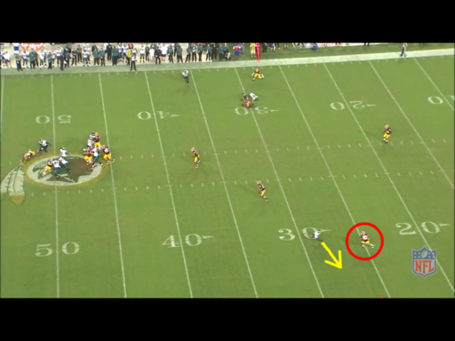 Jackson tries breaking his route a little earlier but Hall sinks his hips again and breaks with him. 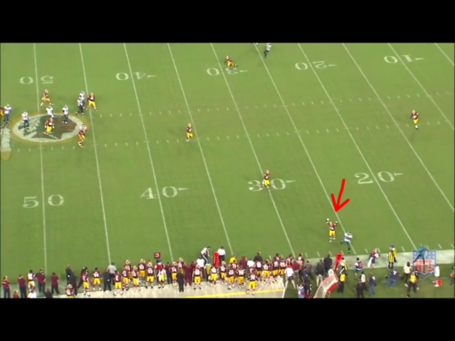 Hall throws his hands up as the ball sails out of bounds. Again, the coverage forces VIck to put the ball where no one could get it. Covered.

You really need to commend DeAngelo Hall. He was responsible for covering a 4.3 guy on fly routes and fake fly/comeback routes. This forces him to respect Jackson's speed yet be able to undercut short routes as well. That is no easy task. This is no knock on DeSean Jackson either. These weren't lazy routes by any means. I've seen Jackson tear up other CBs with the same routes. They were just as crisp in this game too but DeAngelo Hall won this match-up. Next week, I'll take a look at the Week 11 match-up between them.