SBNation's Danny Kelly continues his look at the best position groups in the NFL.

The Redskins have been hurting at the Wide Receiver position for a long time.  They've have a mix of draft picks that do not develop into anything, and high priced free agent signings that do not live up to their promise.  Prior to the 2014 draft, the Redskins had not drafted a WR in two years.  In 2012 they signed two high priced free agents with mixed results.  Pierre Garcon was good when he was on the field during his first year with the team, and went on to become one of the only reliable receiving threats last season.  Josh Morgan was a good blocker and average WR his first season in Washington, then turned into a waste of a roster spot last season.

This offseason, the Redskins once again double-dipped into free agency to shore up the team's skill positions.  Former Arizona WR Andre Roberts was a priority signing when free agency started for the team, and also one of my personal targets for the team.  This still left the possibility open for the Redskins to draft a receiver early in a deep class.  Then DeSean Jackson was cut, and everything changed.  He was immediately wined and dined by Bruce Allen and Co. and became the team's biggest FA acquisition for 2014.  This gave the Redskins a top 3 of Pierre Garcon, DeSean Jackson, and Andre Roberts which is pretty damn good.  The team went into the draft without a clear need at the position, but still drafted Ryan Grant in the 5th round.  They also have an underdeveloped Aldrick Robinson, an injured Leonard Hankerson, and a Redskins legend trying to hang on in Santana Moss, along with several others fighting for a spot at the bottom of the depth chart.

So where does that group rank among the rest of the league's WR corps?  Last month Bucky Brooks ranked the Redskins Wide Receivers as the best in the NFL.  Danny Kelly has the Redskins group in the second tier of receivers.  The Elite group includes 3 teams, The Denver Broncos, the Indianapolis Colts, and the Green Bay Packers.  The Redskins fall into the 'Damn Good' group, joined by the San Francisco 49ers, the New Orleans Saints, and the Cincinnati Bengals.

Where does the current Redskins WR corps rank compared to other rosters in the NFL?  Is this group elite, or just damn good?  Does Jordan Reed's versatility push them into the Elite ranks?

The Damn Good can be characterized as not only talented at the top, but deep at the position.

Pierre Garcon led the NFL with 113 receptions in 2013, one of only five receivers to break the century mark. Paired with DeSean Jackson going forward, he's likely to find himself a few more one-on-one situations downfield as teams tilt deep toward Jackson's side. Together, they make up one of the more intriguing combinations at receiver this year -- Garcon's prolific production to go with Jackson's inimitable speed downfield.

While Garcon's raw numbers eclipsed Jackson's from last year, Jackson was elite if you pay heed to advanced stats. The free-agent signee that was abruptly cut in Philly was ProFootballFocus' 7th ranked receiver for 2014, receiving an 18.8 overall grade, and he came out 6th among receivers in Football Outsiders' DYAR, and 10th in DVOA. His 16.2 yards per catch is indicative of how he's used -- as a speedy threat deep downfield -- and that talent should mesh nicely with Robert Griffin III's strong downfield arm. 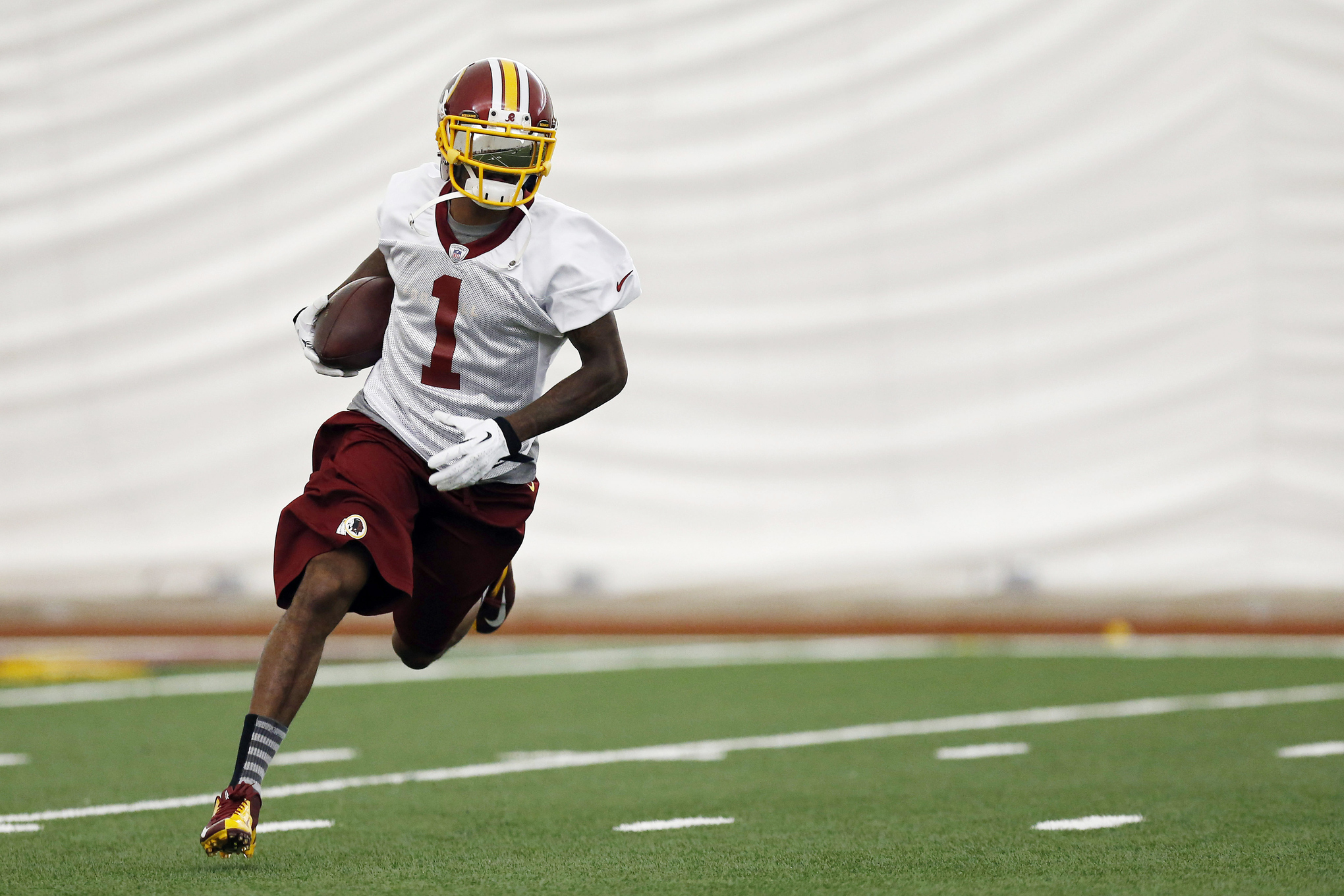 Jackson wasn't the only target for Washington in free agency, and they landed former Arizona Cardinal Andre Roberts. Roberts was buried behind Larry Fitzgerald and Michael Floyd in Arizona, obviously, and while he may continue to be overshadowed in DC, he's a very solid receiver. He'll be joined by savvy vet Santana Moss, role players in Ryan Grant, Leonard Hankerson, Nick Williams, and rookies in Cody Hoffman, Rashad Lawrence, and Rashad Ross.