Friday Night marked the first time Robert Griffin III has brought his "Friday Night Light's" camp for kids to the Washington area.  He enlisted the help of some of his teammates, coaches, and local and national celebrities.  300 local kids were invited to the camp at Anacostia High School.  Along with some free football lessons, the kids who attended also left with shirts, shoes, and other swag. 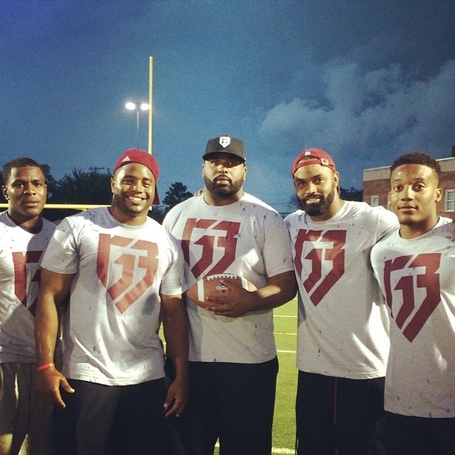 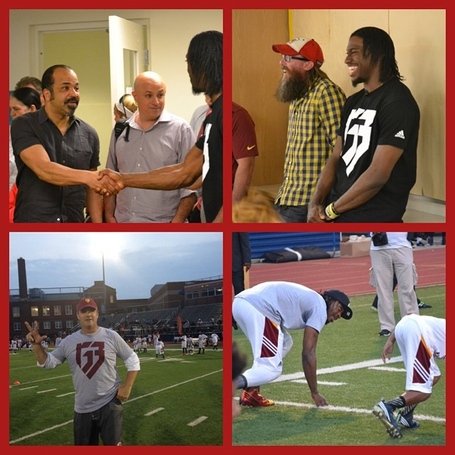 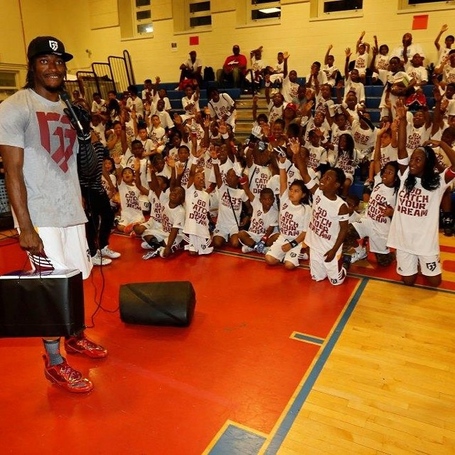 Griffin talked about why he was bringing the camps to the DC area last month.

Griffin III knows that fact first-hand, so he’s playing off that theme for his "RGIII’s Friday Night Lights" football camp Friday, June 13, in the D.C. area.

"It’s really focusing on football and other sports, as well – some athletic drills" Griffin III said. "Anybody who knows my story knows I played a lot of different sports. We're going to try to do that for about 200 to 250 kids to keep it limited to I can interact with everybody, and really have it be a fun experience."

The next day, Griffin III will be lending a helping hand at the "Driven by Our Ambitions" educational seminar and football camp at Coolidge High School in D.C., a platform for high school student-athletes and their parents/guardians to receiver critical information that will help them continue their education beyond high school, while using athletics as a catalyst to help get them there.

"It's about really giving back to the people here in inner-city D.C. to really give them a look into what it's like to be a professional athlete, and how our mind operates," he said.

On Saturday, Washington Redskins coaches and staff, in conjunction with the Washington Redskins Charitable Foundation, hosted the Driven By Our Ambitions Educational Seminar and Football Camp to instruct prospective college student-athletes on financial stability, eligibility rules, the recruiting process and on-field fundamentals.

Cycling through six different stations, the student-athletes had the opportunity to learn footwork drills from Young and running back , proper defensive techniques from defensive linemen and and overall offensive play from offensive coordinator Sean McVay.

McVay and Griffin III worked closely with the quarterbacks, having them work on quick-release and three-step drop throws.

The day ended with seven-on-seven drills, where the players showcased what they had learned throughout the camp.