Taking a look at a now fully healthy Keenan Robinson, and his potential to make the Redskins Linebacking corps one of the best in the NFL.

College Stats: (Because of injury he doesn't have much to show as far as NFL)

Keenan Robinson has been a pleasant surprise for the Redskins this off-season. When the Skins brought in free-agent's Darryl Sharpton and Akeem Jordan it was widely thought they would compete for the starting Inside Linebacker position opposite Perry Riley. However, Robinson has shown throughout OTA's that when healthy he is not to be overlooked. Robinson has taken first team reps throughout OTA's and hasn't missed a beat.

Robinson is healthy for the first time since his rookie year, when a torn pectoral muscle in week 12 derailed his season as he was finally starting to see his playing time increase. A torn pectoral also kept Robinson sidelined for his entire sophomore campaign. Now that Robinson is fully healthy again, and London Fletcher has retired, Robinson is ready to step-up and fill a major role in the defense in 2014. Not only will Robinson have to fill Fletcher's shoes (not the easiest task), but he will also take over the signal calling to the defense, making Robinson's role that much more important.

Robinson is arguably the Redskins most athletic linebacker, and has shown the ability to cover backs and tight ends extremely well. Throughout OTAs Robinson has demonstrated this ability, covering tight end (with wide out ability) Jordan Reed extremely well. The Redskins need that type of athletic linebacker to cover backs and tight ends that usually pose mismatches in favor of the offense.

Obviously it's only OTAs, and Robinson needs to prove his ability to not only preform at the high level he has thus far, but also to stay healthy. However, if Robinson can stay healthy I don't believe he will have an issue playing at this level. If Robinson can stay healthy, it looks like he has the inside track on replacing Fletcher as the starting Inside Linebacker. What I am most curious to see out of Robinson is if he will become a leader if he does indeed win the starting job. Fletcher left a void not only on the field but as the unquestioned leader of the Redskins defense. With Robinson taking over the signal calling responsibilities he could easily step into the vocal leader of the defense. If Robinson can stay healthy in 2014, it will be fun to finally see his full potential. 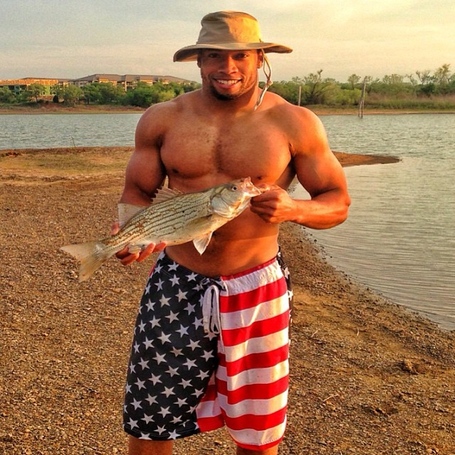