An All-22 film look at Jason Hatcher's sacks within the NFC East last year.

One of the main knocks on Brian Orakpo has been his inability to get sacks in key moments or against key opponents. The NFC East would classify as key opponents. In the off-season, the Redskins added a player who is no stranger to divisional sacks. In fact, 8 out of Jason Hatcher's 11 sacks came within the division. I reviewed them all and ranked them 8-1. Let's take a look: 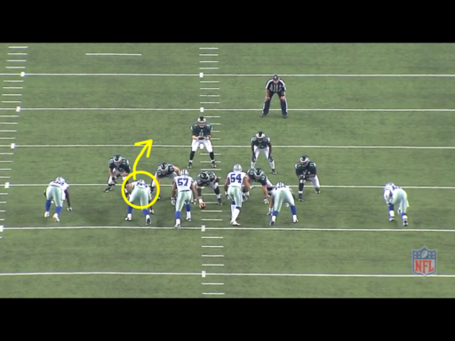 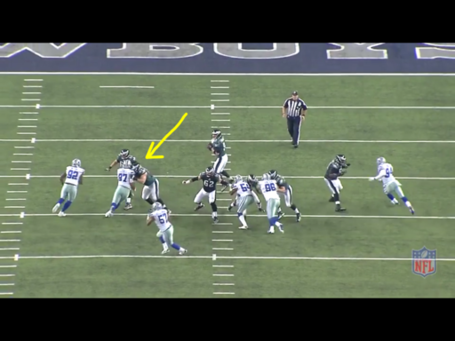 Todd Herremans does a good job of controlling Hatcher and doesn't allow him to separate. 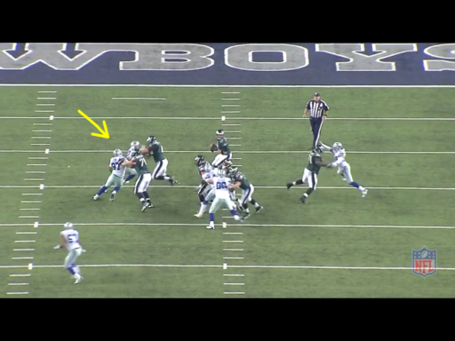 In fact, Herremans washes Hatcher completely around the pocket where you think he'd be out of the play. 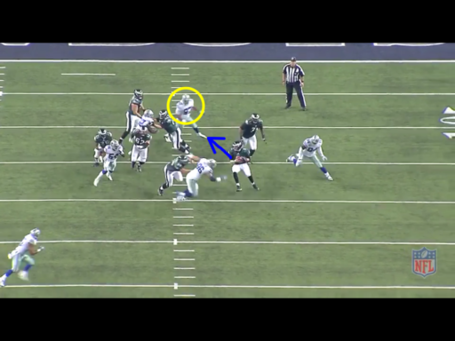 Nick Foles tries to get too cute in the pocket though and backs up. Hatcher hasn't given up on the play, continues to motor around. 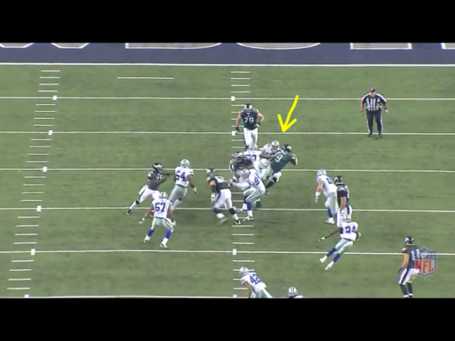 Foles backs right into the arms of Hatcher for the sack. While it wasn't a technically sound sack, the continuous motor is what you like to see. 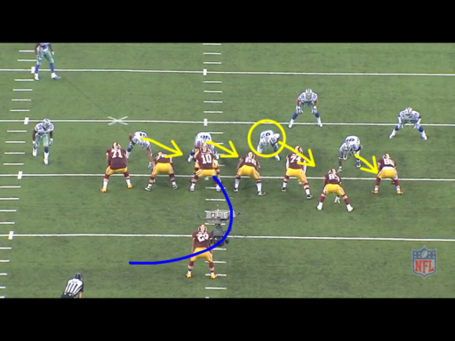 Here is your typical Shanahan Outside Zone PA Bootleg. Dallas is slanting towards strength to counter the run. 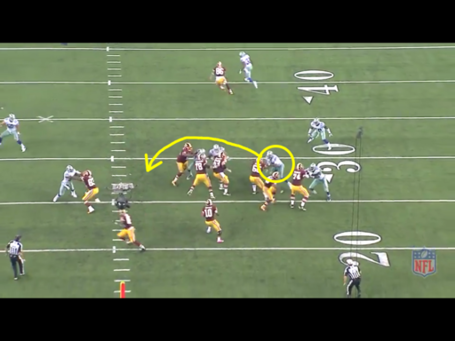 Robert Griffin III carries out the play-fake and no one is open. Once again, this is pure motor by Jason Hatcher who goes against the grain to find the opening in the offensive line. 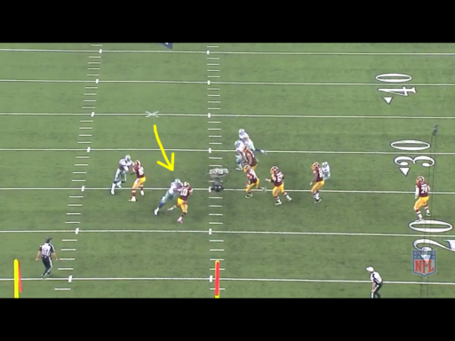 RG3 tries to scramble but it is too late. He doesn't see Hatcher coming. Hatcher gets a sack and a forced fumble. Kory Lichtensteiger recovers. Once again, not a lot of technique involved but on a play where Albert Haynesworth would have fell over and laid on the ground for the duration of the play, it's nice to see some effort to get back into the action. 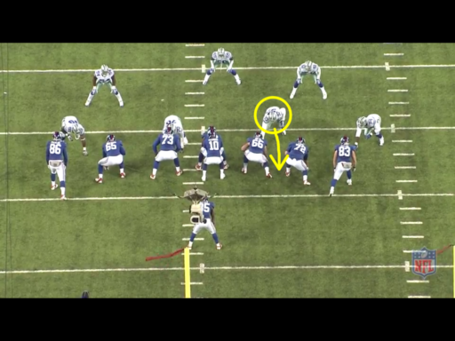 Jason Hatcher is in the B-Gap and is attacking the B-Gap. 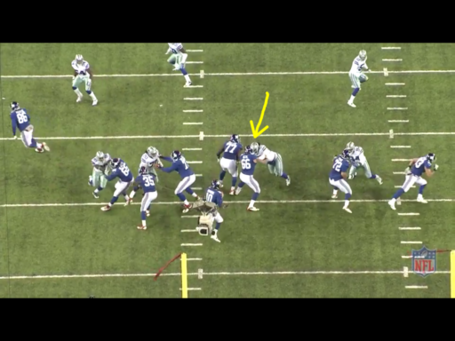 Giants OG David Diehl actually does a good job controlling him at first but Hatcher's power begins taking over. 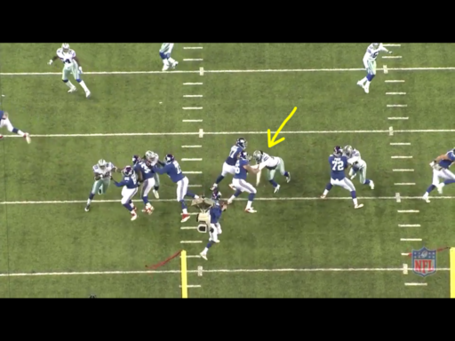 Hatcher's power is too much for Diehl as he extends his arm to create separation. Kevin Boothe (#77) sees this and attempts to help. 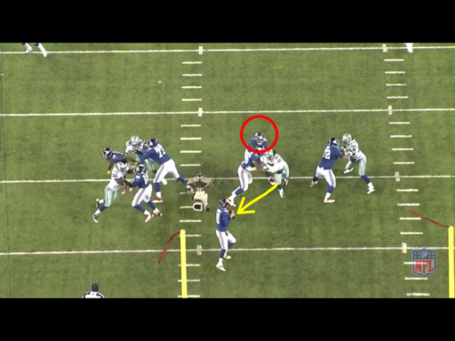 Ironically, all Kevin Boothe really does is push him past Diehl and gives Hatcher an open lane to Eli Manning. 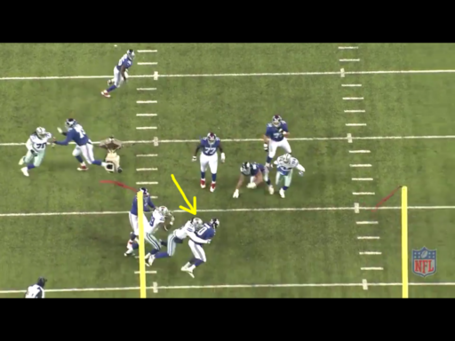 That leaves Eli Manning nowhere to go and Hatcher brings him down for the sack. It's good to see Hatcher display the power to push back and separate from Diehl, but give an assist to Boothe on this one. 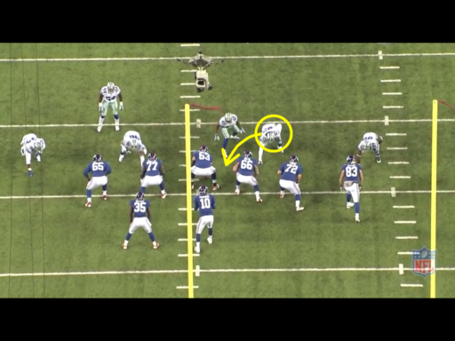 Here's another sack from the same game. Hatcher is lined up in the B-Gap but is attacking the A-Gap. 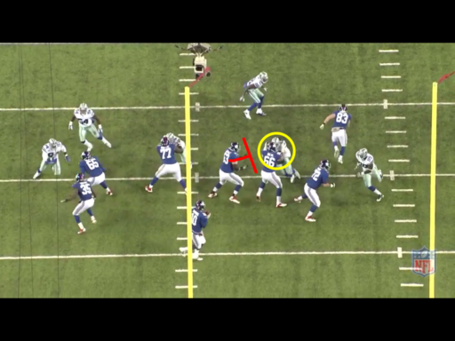 Diehl does a good job again of controlling Hatcher. The C comes over to help and Hatcher again uses his strength to separate from Diehl. 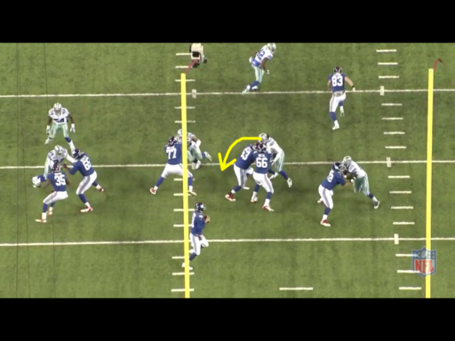 When the C comes over for help, he leads with his head down which is a no-no for offensive lineman. 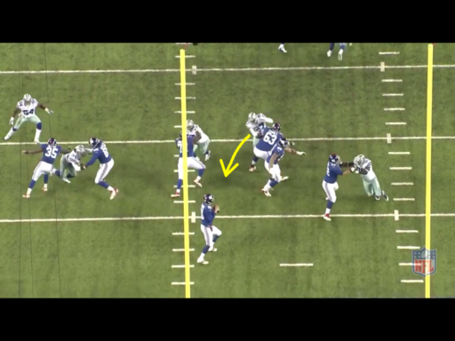 This allows Hatcher to take a step back while the C takes a bad angle and ends up lunging (another no-no for offensive lineman). 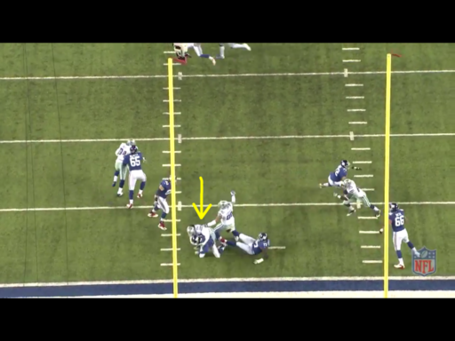 This gives Hatcher a straight line to Eli Manning and he gets there before Eli can do anything. Hatcher displayed not only his power to separate from Diehl again, but shows that his head was on a swivel, saw the block coming, used quick feet to avoid it, swam past it and takes down the quarterback.