Last week, we took a look at new Redskins ILB Akeem Jordan. While it's understood that Redskins have high hopes for Keenan Robinson, it's clear that they aren't able to depend on him yet. Today, we're going to take a look at some of the other competition the Redskins brought in: ILB Darryl Sharpton. Sharpton is known for his run stopping ability in the middle of the Texans 3-4 defense. Let's take a look at what he brings to Washington: 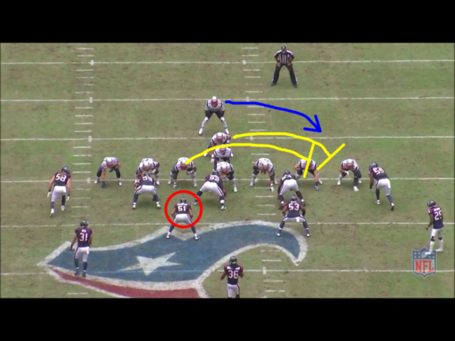 1. The Patriots are going to run a Power Left here. Sharpton is on the backside of the play. 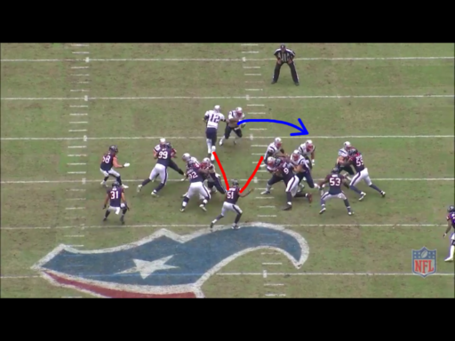 Shaprton does a good job not over-pursuing to the outside, instead filling this gap first which forces the RB to bounce it outside. 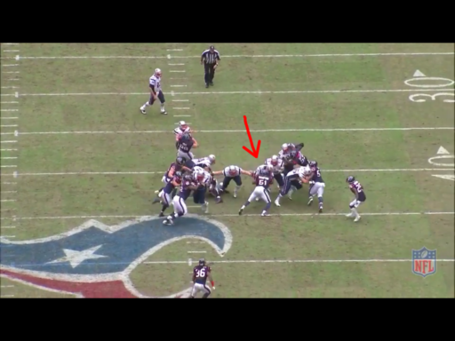 When the RB bounces it outside, Sharpton mirrors him, wraps up the ball-carrier and brings him down for the tackle. 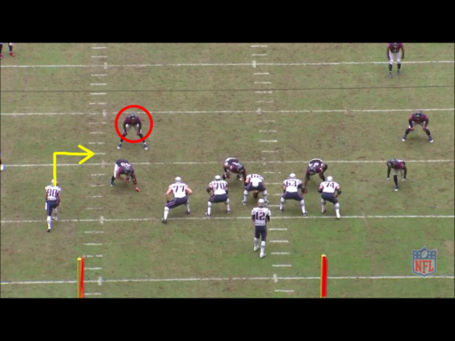 2. Patriots catch the Texans with wrong personnel. This leaves Shaprton covering Danny Amendola. Sharpton plays inside technique (forces WR outside) but plays far off to respect Amendola's speed (which negates the inside technique). 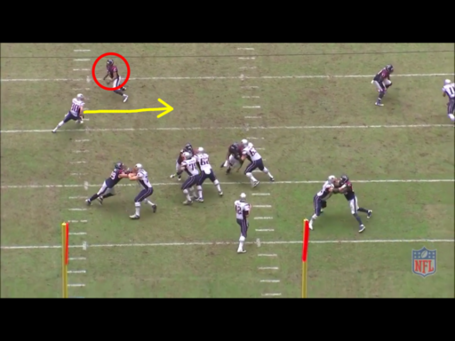 Amendola pushes up the field and when Sharpton opens up his hips a little early for that inside technique, that is when Amendola breaks inside. 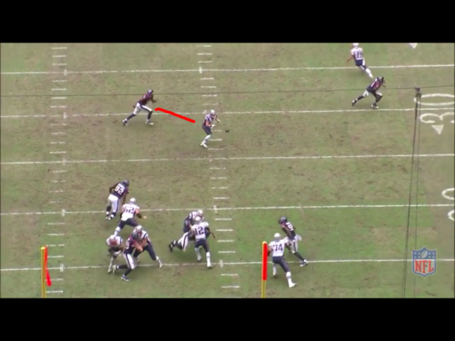 Amendola creates a lot of separation and Tom Brady delivers him the ball. 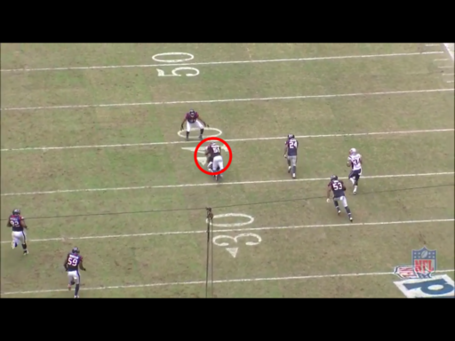 Sharpton is able to close on Amendola as he heads up-field and makes the tackle. 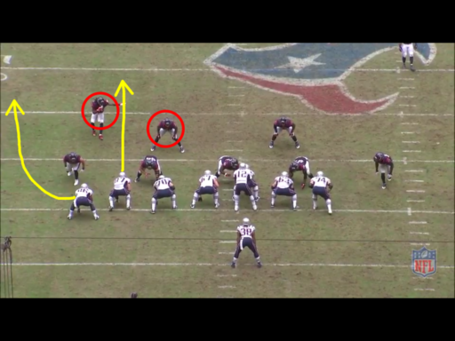 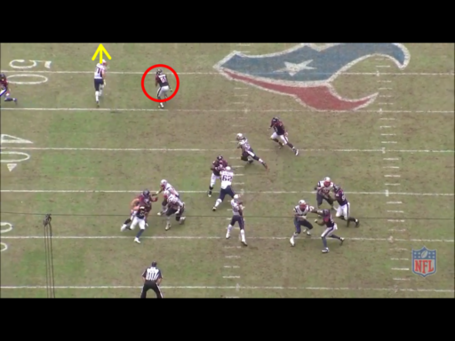 Gronkowski bends his seam to the outside and Sharpton doesn't close the separation. This allows Gronkowski to run right by him. 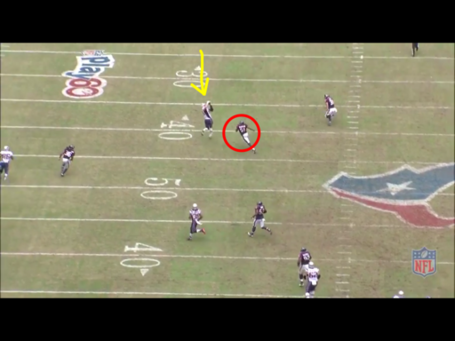 Brady sees the open target and hits him in stride. 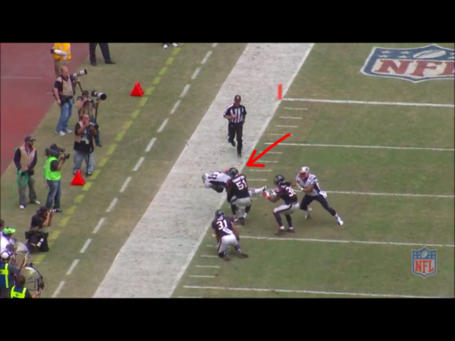 Sharpton catches him and tackles him out of bounds after a 50 yard gain. 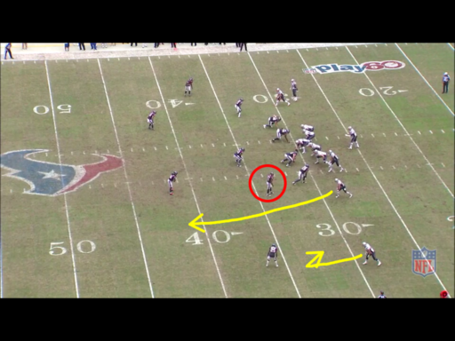 4. Here is Shartpon in coverage again. He is in a zone coverage, flexed out over the slot WR. 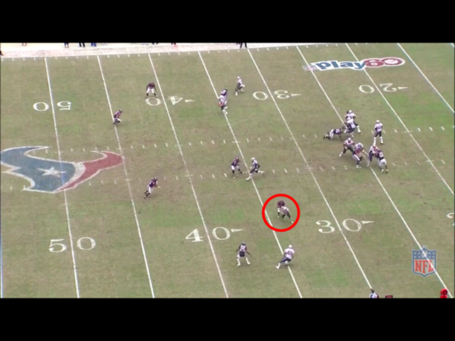 Sharpton does a good job re-routing WR, forcing him much further outside than he wanted to be. 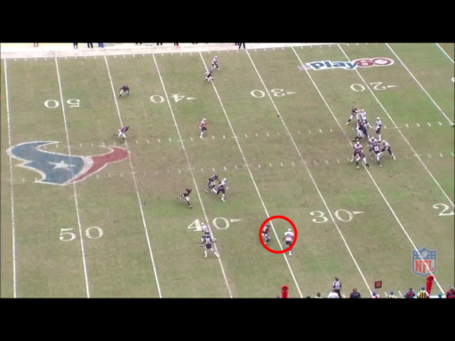 Sharpton then falls underneath the hitch route on the outside taking that away as well. 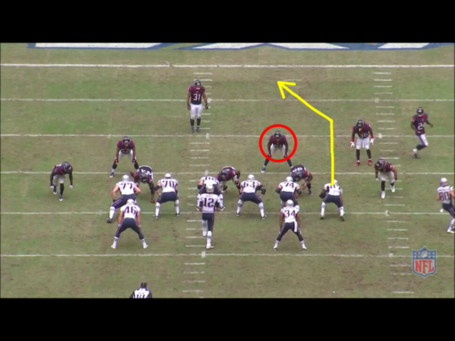 5. Here, Sharpton gets matched up on Gronkowski again. This time Gronkowski is running a post route. 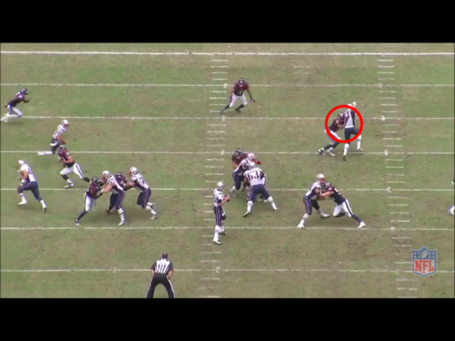 Sharpton does a much better job this time closing the gap between himself and Gronkowski. 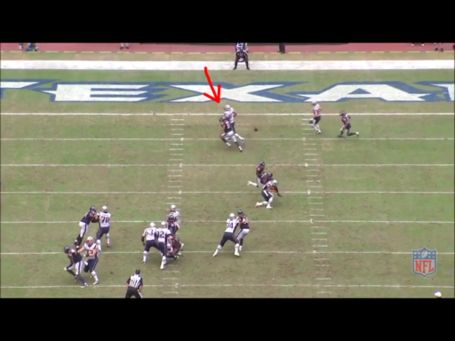 When Gronkowski makes his break, Sharpton is right there with him and takes him out of the play. 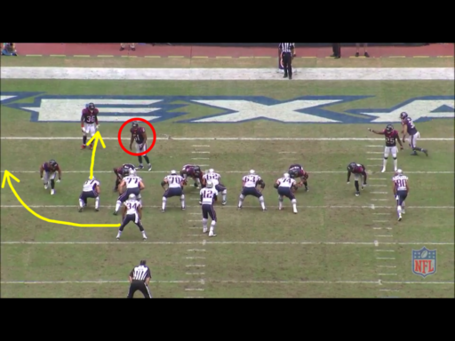 6. This play is similar in concept to one of the previous ones but instead of a second TE, there is a RB who is headed to the flat. This time, Swearinger and Sharpton don't communicate responsibilities. 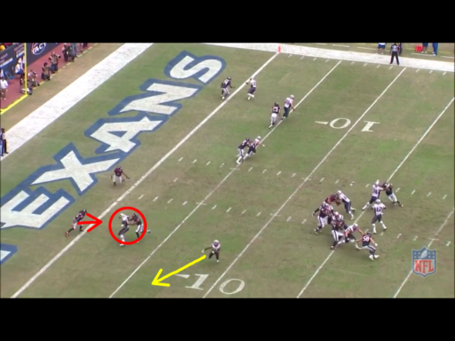 Sharpton rides Gronkowski up the seam and Swearinger also tries to cut off Gronkowski's route which leaves Shane Vereen running to the flat all by himself. 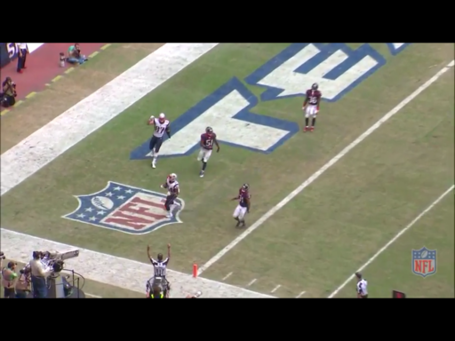 Brady finds Vereen all alone and he walks right into the end zone. 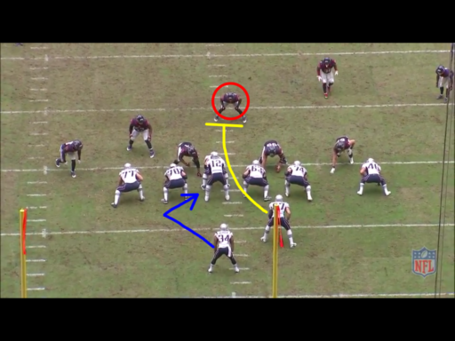 7. Patriots run a trap play here with Gronkowski motioning into the backfield. Sharpton is his blocking assignment. 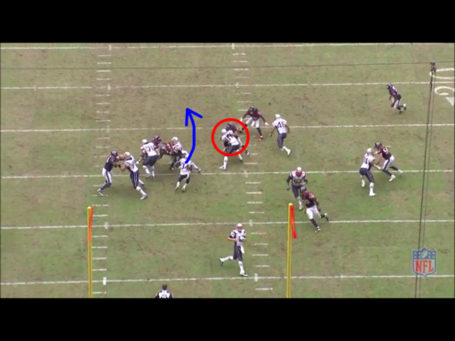 Gronkowski makes a solid block at first but Sharpton is able to shed it when he sees the RB coming. 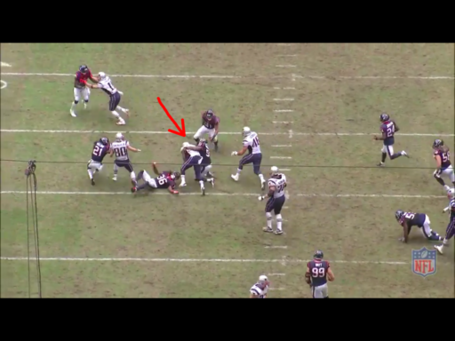 Sharpton is able to make the tackle before the RB runs by him. 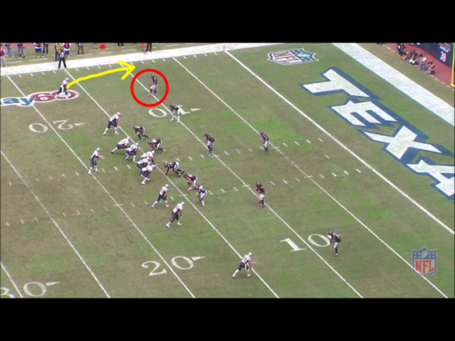 8. The Patriots spread out their personnel to find a mismatch. At the top of the screen, Shane Vereen is running a fly route with Darryl Sharpton in 1-on-1 coverage. 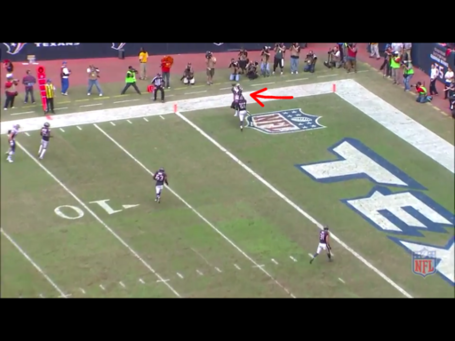 Tom Brady identifies that as his mismatch. Brady delivers the ball and Vereen goes up for the catch. 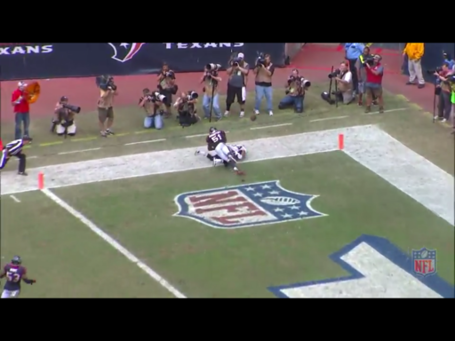 Sharpton is able to get his hand up between Vereen's hands and knocks the ball away as he drives Vereen into the ground. 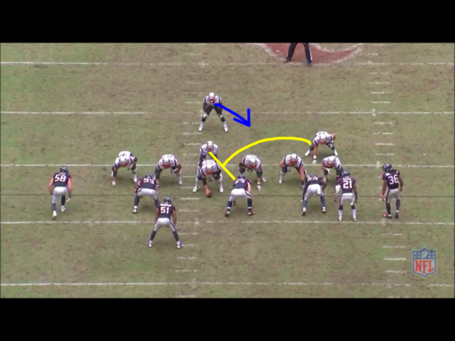 9. Patriots run that trap play again but from a different formation. 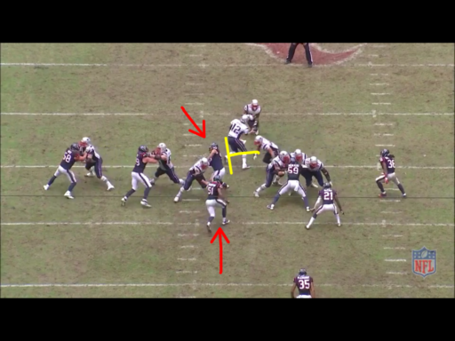 This time, the NT creates too much penetration so the "trap" blocker has to help with him leaving instead of blocking Sharpton. 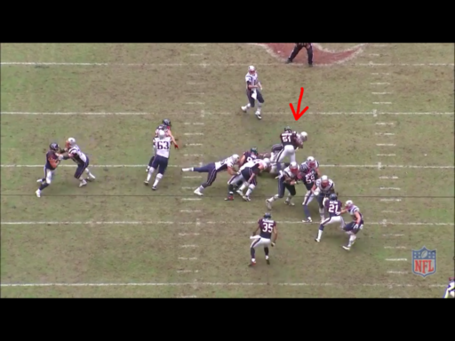 Sharpton is now free to fill the gap and comes in with authority on the RB.

As expected, Sharpton looked great in the run game. He carried out his responsibilities and filled gaps on a consistent basis. While we was beat a few times in coverage, he also held up in other times in situations that I've seen other LBs lose. He is another solid piece that will play a factor in this ILB competition.