A letter from Bruce Allen to Senator Harry Reid regarding the truth about the Redskins' Name and Logo.

In response to Senator Harry Reid's letter to both Roger Goodell and The New York Times regarding the Redskins' name and logo, Redskins Executive VP/GM Bruce Allen has decided to set the record straight and provide Senator Reid, and the general public with the pertinent facts and true history of the Washington Redskins. The letter can be found below or at Redskins.com. 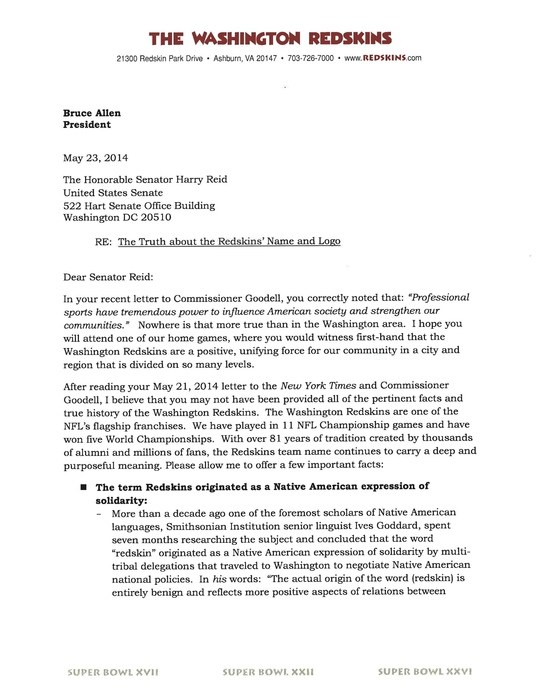 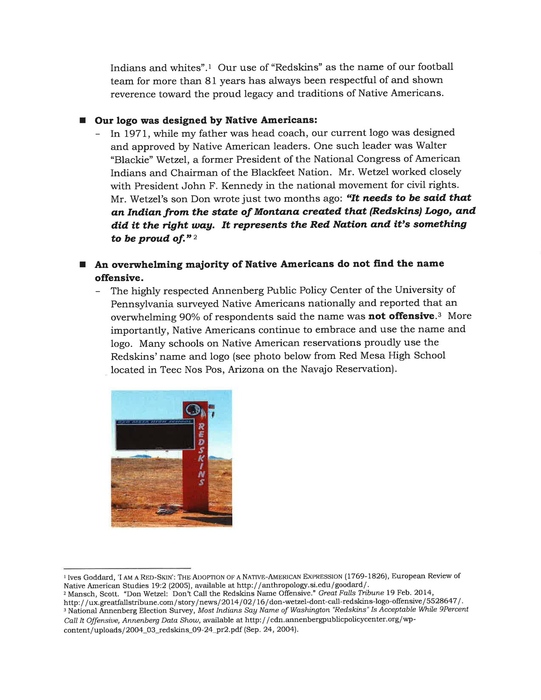 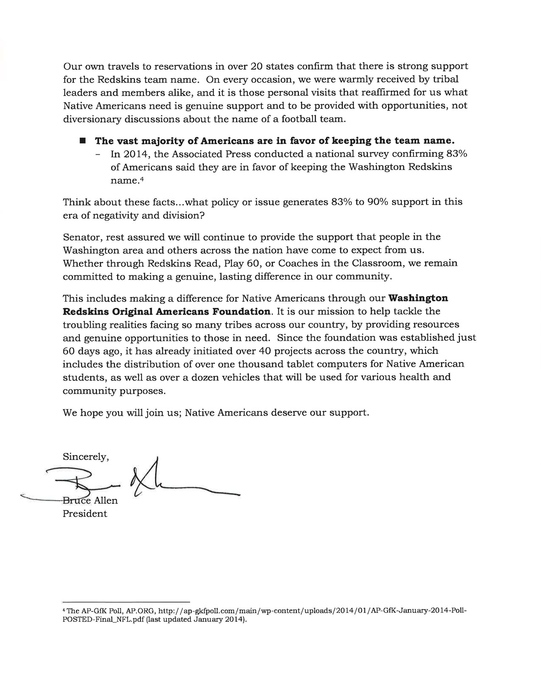