Taking a quick look at Lache Seastrunk vs. Gio Bernard and squashing the pass catching myth.

Share All sharing options for: Hazard's Huddle: Can Lache Seastrunk be Gio Bernard?

When Lache Seastrunk's name was called as the Redskins 6th round pick, 186th overall, I immediately tweeted that Jay Gruden had drafted his new Gio Bernard. Needless to say, I was hit with criticism immediately:

Seatrunk has the edge in vertical jump and broad jump which measures explosiveness. Bernard has the edge in bench and short shuttle. All the other numbers are very similar. Now let's look at size and stats:

Once again, the numbers for each runners last year in college are very comparable. That wasn't the only criticism I received because of my comparison and many shared this sentiment:

@P_Hazard how? He had zero catches last yr !?

Let's address the elephant in the room. Gio Bernard played a HUGE role in the passing game under Jay Gruden. Lache Seastrunk had ZERO catches this year. If you only look at the numbers then yes that looks bad. But, this isn't the only year Seastrunk has played at Baylor. When involved, he has shown soft hands. 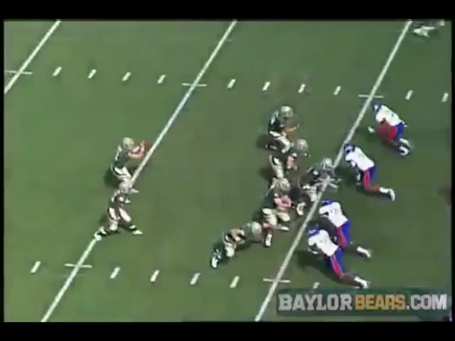 #1. Seastrunk lines up to the right of the QB in shotgun formation. Seastrunk runs a wheel route out to the flat. 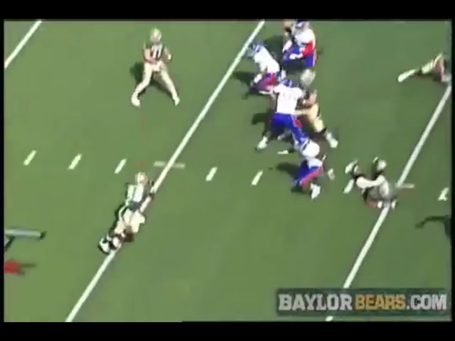 The QB gets the ball out to Seastrunk who catches it with his hands (away from his body) in stride. 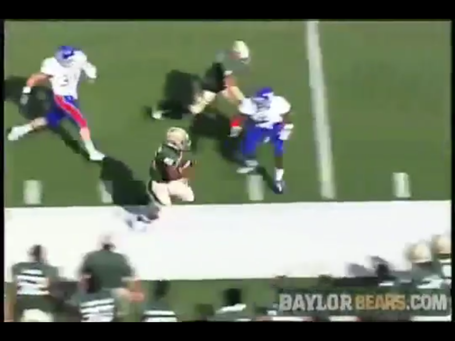 Seatrunk gets up-field in a hurry and gets 20+ yards after the catch before he is forced out of bounds. 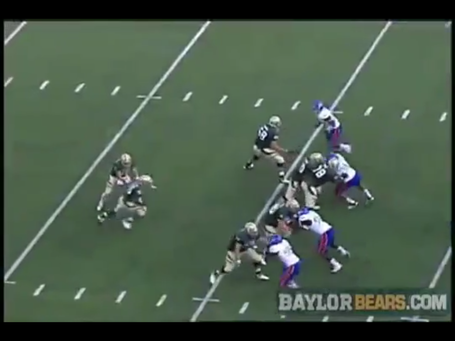 #2. First catch too easy for you? This one is a little more difficult. Seatrunk takes the play-action fake here and then runs a fly route up the middle of the field. 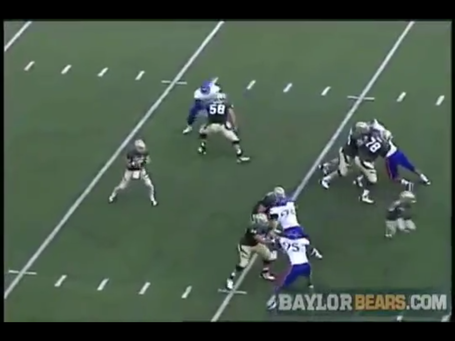 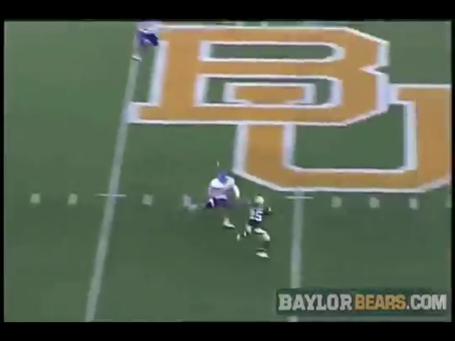 The linebacker has no chance against Seastrunk's speed. The QB delivers it over the linebacker and over Lache's shoulder which he catches in stride. 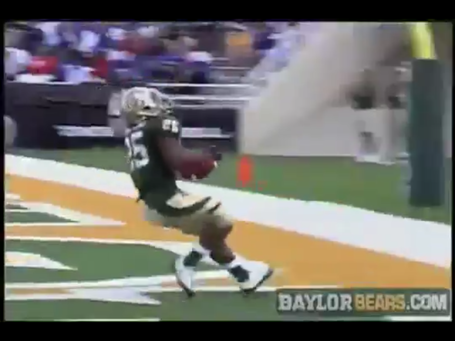 With his game-breaking speed, you had to know he was going to convert that into a 50+ yard touchdown, right?

The fact of the matter is, Baylor's offense doesn't use running backs in the passing game much. If the ball is being thrown to a running back in Waco, something has gone wrong. None of the top 4 running backs on their depth chart had more than 4 catches this past year. But just because he didn't do it, doesn't mean he can't. If that isn't enough, take a second look at his combine field drills:

There are no double catches or bobbles. All of his catches were with his hands and away from his body. He displayed smooth routes and natural catching ability.

Will he be our Gio Bernard? Only time will tell. While there are many similarities in size and stats, that is no barometer for success. If you're looking at strictly physical ability, he is more than capable. If anything, the mental side will be what holds him back (pass blocking, pass protections, etc.). If you remember during Hard Knocks last year, the Bengals coaching staff was hard on Bernard and he worked his way through it all, starting with a small role in the offense and growing it throughout the season. Seastrunk will have to have to show that kind of work ethic and mental toughness if he wants to make the same impact. But if you think Seastrunk can't be Bernard because of his pass catching ability, you're sadly mistaken.