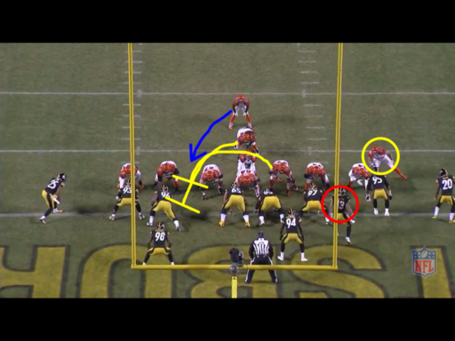 #1. 2nd and Goal. The Bengals motion Tyler Eifert to the left side of the formation which brings Troy Polamalu away from the play side who usually excels in these situations. They run 33 Weak Power. 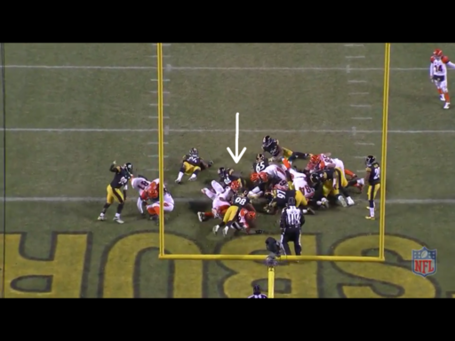 The "fullback" Domata Peko and the pulling guard are able to create a small crease in the defense for Gio Bernard to fit through and score the touchdown. 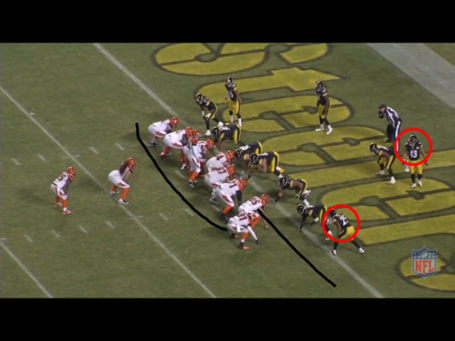 #2. 4th and Goal. The Bengals come out in 23 personnel (2 RBs and 3 TEs). One OL is on the field reporting as a "TE." This is the original formation, Alex Smith then motions across the formation and brings Troy Polamalu with him. Tyler Eifert then flanks out wide to the bottom of the screen. 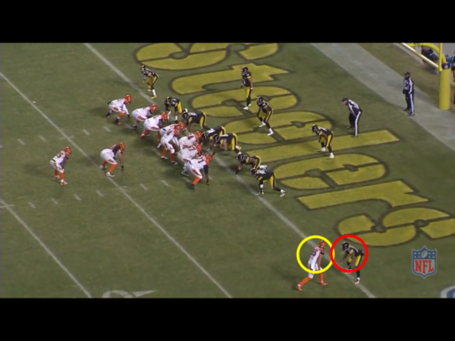 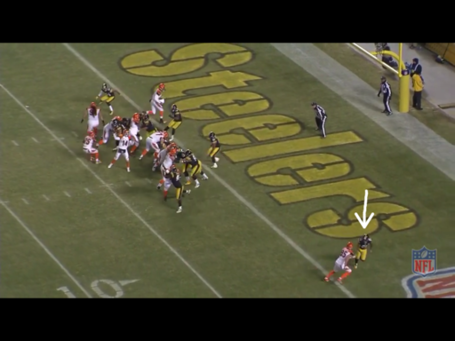 Because it is man coverage, Ryan Clark keeps his eyes on Eifert instead of the backfield. Dalton knows this and tosses it up. 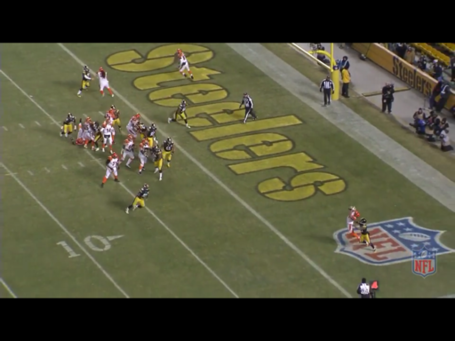 Tyler Eifert goes up and high points the ball bringing in the touchdown catch. 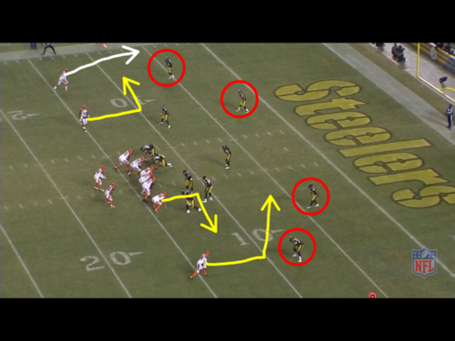 #3. 4th and 5. The Steelers give a Quarters Coverage look (Cover 4) but they are actually in a Cover 2 Zone. 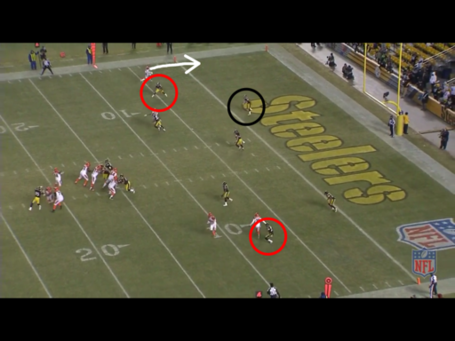 Both of the CBs crash down trying to jump the out routes. The S Will Allen (black) is far too late reacting to the play while a fly route is being run on the outside. 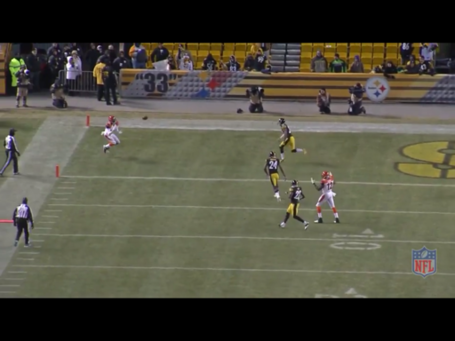 I don't know if WIll Allen actually thought they were in Quarters Coverage but it's clearly a busted coverage and Marvin Jones makes the catch uncontested.