Per request (as most of my film breakdowns will be this off-season), I will be taking a look at all offensive touchdowns from the Cincinnati Bengals 2013 season. A lot of my readers and followers have asked me to take a look at all the different ways the Bengals scored under Jay Gruden's guidance. Here are the results from Weeks one through five. 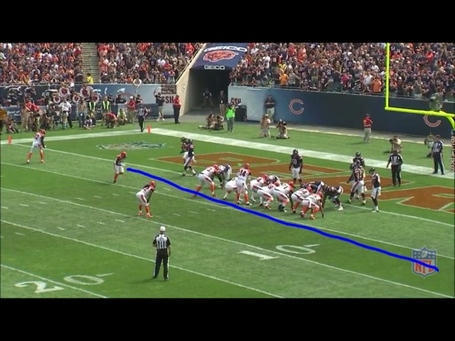 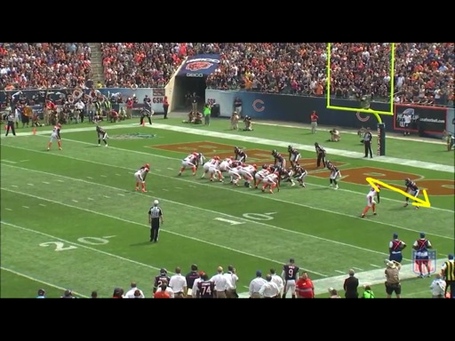 AJ Green is running a "Zipper" route. Zipper = Run a slant, get the CB to jump it, use an inside pivot to get back outside. 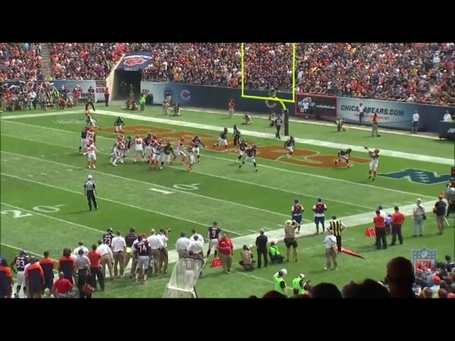 It works to perfection. Green runs the slant, the CB jumps it, and it opens up the outside. An easy touchdown. 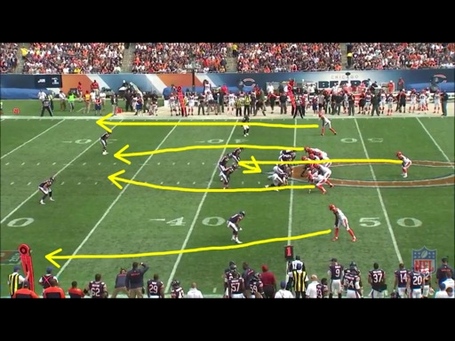 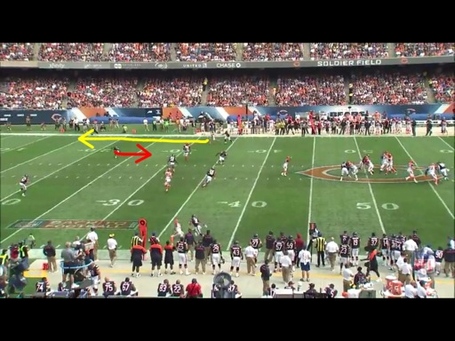 As you know from some of my breakdowns of the Redskins defense this season, the problem 4 Verticals creates for a Cover 2 Zone is you can't cover everyone. You're basically asking two guys to Cover 4. If the MLB is good, then you have 3 guys covering 4 which still works in the offense's favor. The QB just needs to make the correct read. Here, the safety jumps the seam route by the TE which leaves no one over top of AJ Green. 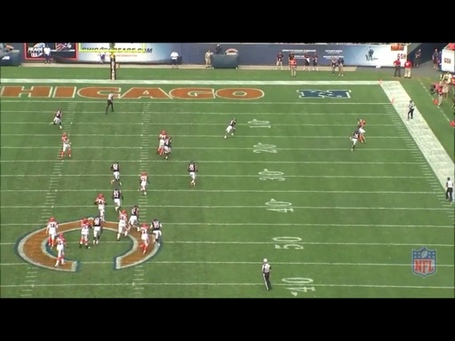 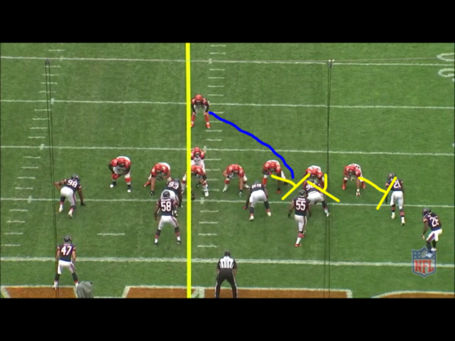 #3. There are two TEs on the left side. One TE is going to help double team Julius Peppers at the point of attack and the other TE is going to get the kick-out block. 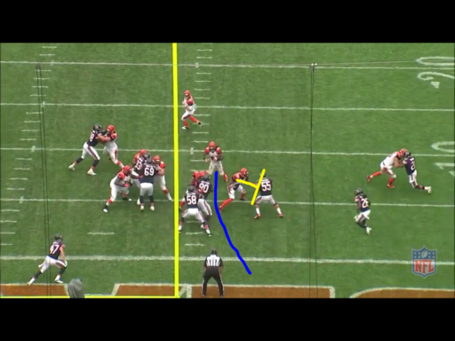 Jermaine Gresham helps double team Peppers which drives him inside and then releases to 2nd level on Lance Briggs giving Benjarvus Green-Ellis a lane. 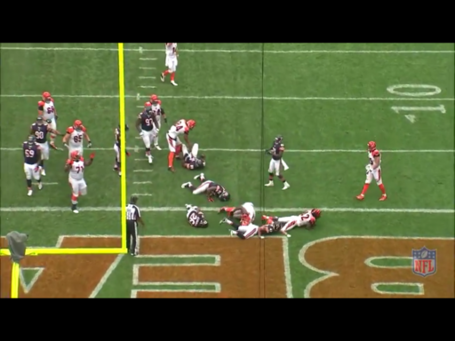 Benjarvus Green-Ellis barrels his way into the end zone for the touchdown. 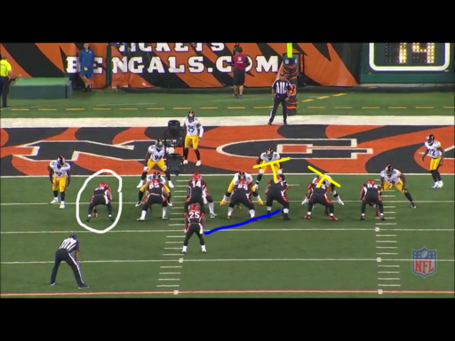 #1. Bengals in the Red Zone using an unbalanced line. Tyler Eifert is lined up in the LT spot on the left side and the actual LT is lined up outside the RT. Giovanni Bernard in the backfield. 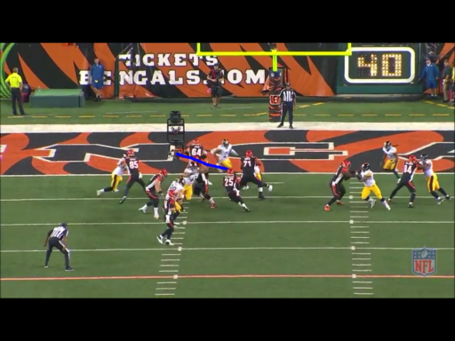 Bernard runs right behind the tackles and then makes an excellent cut in the hole. 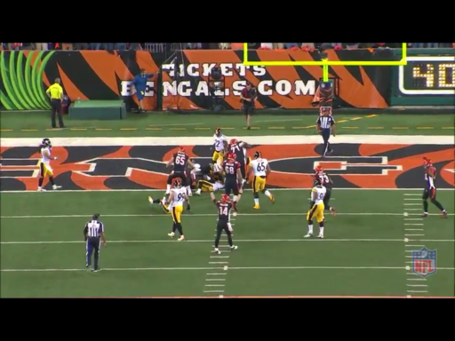 Bernard spills over into the end zone for a touchdown. 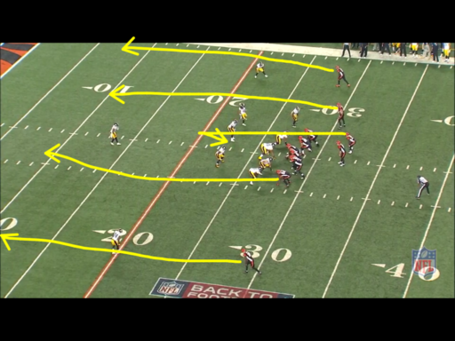 #2. Look familiar? 4 Verticals again. This time they don't get that Cover 2 Zone look. 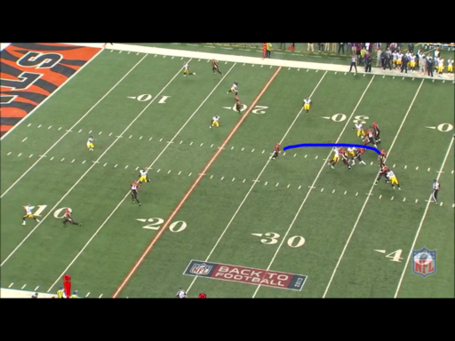 Andy Dalton realizes quickly that he doesn't have the look he wants and just dumps it down to Bernard. 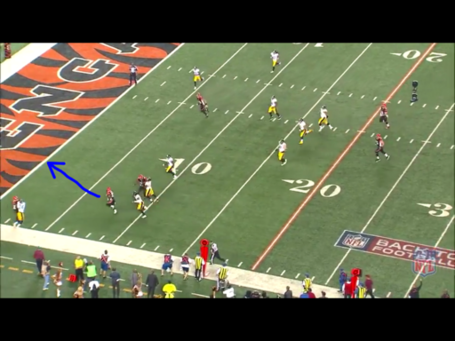 Gio Bernard does the rest to get into the end zone. Getting the ball in a playmaker's hands in space has obvious benefits. 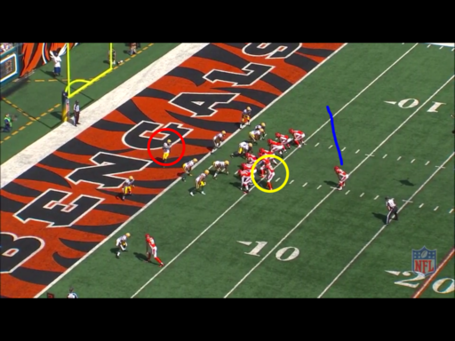 #1. Gruden brings the WR from the right side across the formation and sets in almost an H-Back spot. The CB follows him across (man coverage) leaving the right side completely open. 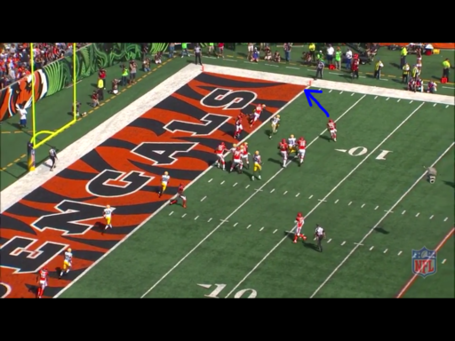 Packers are left to battle Bernard's speed to the pylon. 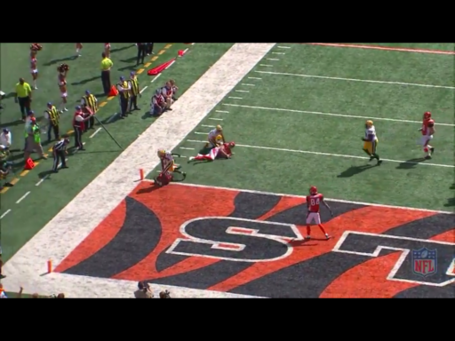 Bernard wins that battle and gets the touchdown. 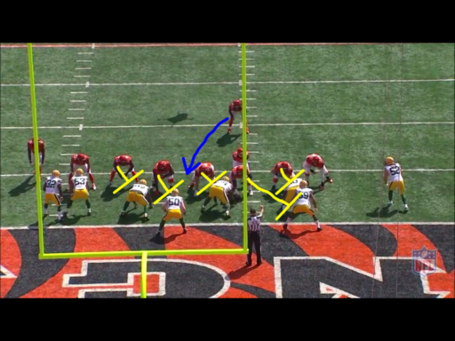 #2. This is a simple 34 Give. Just old school man-on-man downhill power blocking. 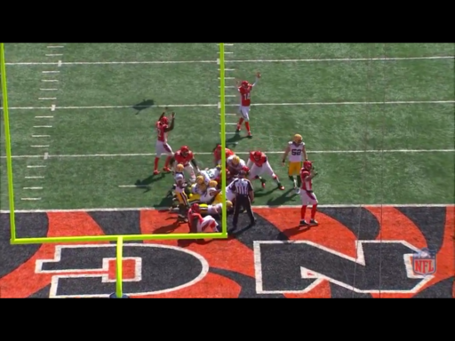 O-line gets a push in the trenches and RB is able to fall forward into the end zone. 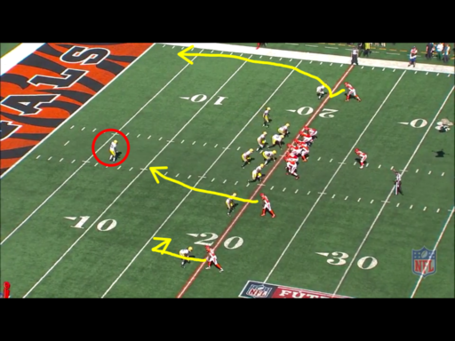 #3. Packers are in a Cover 1 Man. AJ Green has a "Sluggo" (Slant-N-Go) at the top of the screen. Gruden uses a seam route from the slot to try and hold the single-high safety. 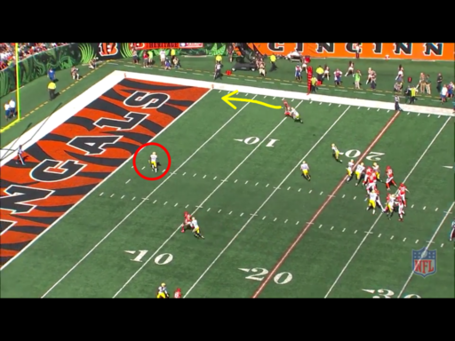 Green runs the slant, Dalton pump fakes the ball, and Green gets outside. Green has two steps on the CB and the safety is out of position. 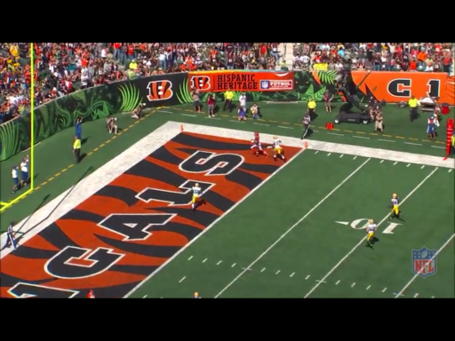 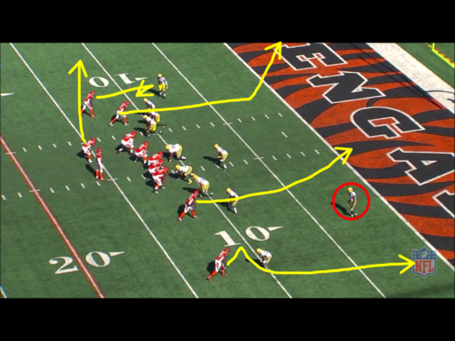 #4. Packers are running Man Coverage again. This time, the safety is helping double AJ Green at the bottom of the screen. At the top, the Bengals are running a "SMASH" concept (the hitch/corner combo). Basic read on a "Smash" concept is the CB on hitch route. If he stays with hitch route, you throw the corner route behind him. If he fades off hitch route and underneath corner route, then you hit the hitch. 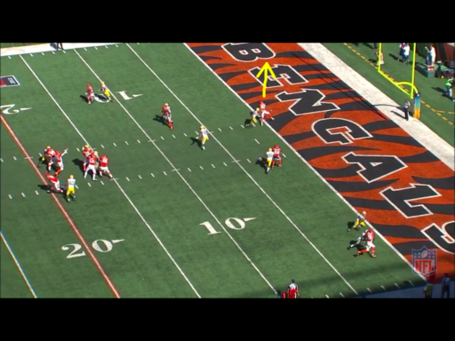 Knowing the Packers are in Man Coverage, it was easy to know that the CB was going to stay close to the hitch route and the Corner route should be open. 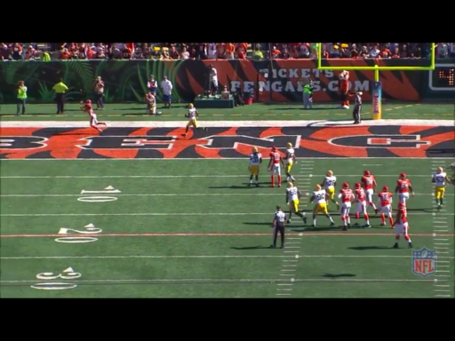 Bengals didn't score any touchdowns in this game. This will be a game I go back and review to see what they did to stop Jay Gruden's offense. 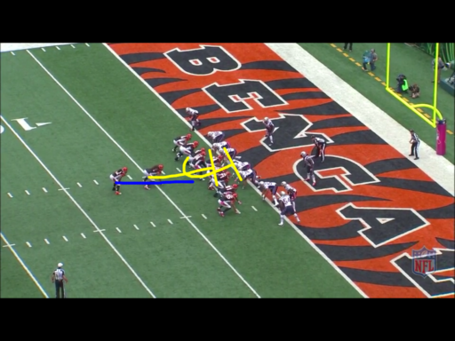 #1. Only touchdown the Bengals scored in this game was on this play. A simple 34 Power. DT Domata Peko in at FB. The left guard is pulling into the hole. 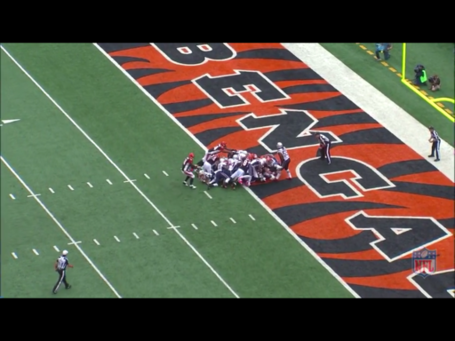 Another pile that falls into the end zone for a touchdown.

So far, it's easy to see why Mike Shanahan and the Redskins watched Jay Gruden's offense in the red zone to improve their own strategy. As you can see, he isn't relying on just one thing. He is taking advantage of match-ups/coverages/defensive looks. I will continue to break down these scoring plays throughout the off-season.