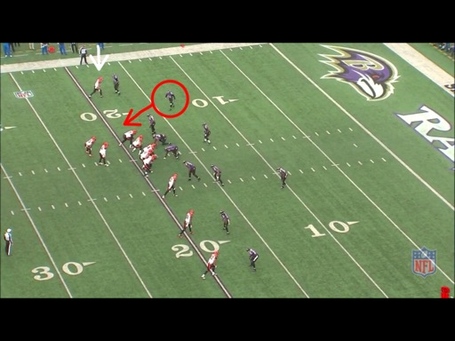 1. 1st and 10. This formation is Trips Right Y-Iso (Y-Iso: Y = Tight End. Iso = Isolated). So the Tight End (Tyler Eifert) is the single WR on the left side. The Ravens are bringing SS Matt Elam on a blitz here. 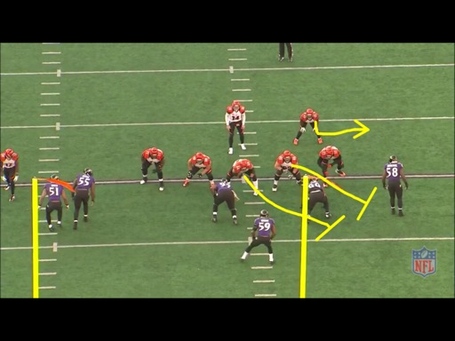 Jay Gruden has a counter to that blitz as he has called a screen pass to that side. The C and LG are going to block and then release on this play. 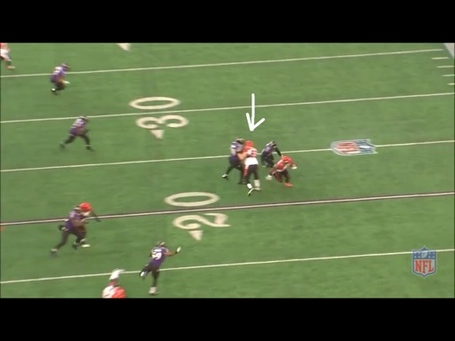 One of the pulling O-lineman is able to peel back and take two defenders out of the play. 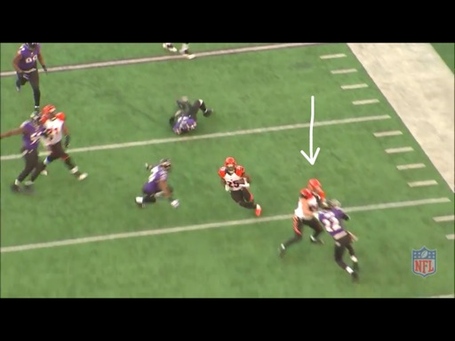 That Y-Iso becomes key at this point. It's a benefit to have a TE blocking downfield on a CB instead of a WR. Gio Bernard cuts inside of that block. 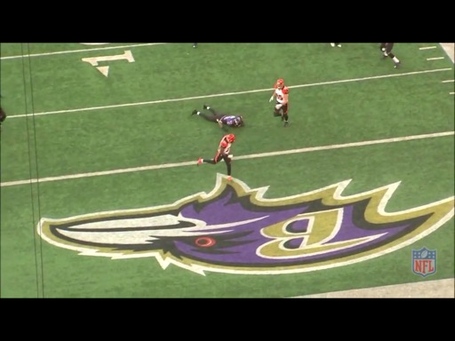 Bernard is able to reach the end zone for the touchdown. 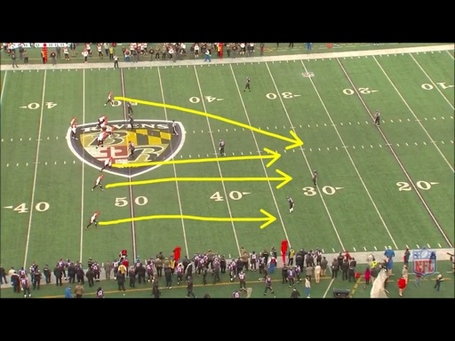 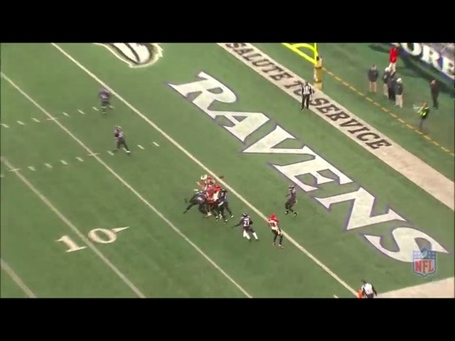 The Ravens rush three and drop eight into coverage. Andy Dalton unloads the ball and the jump pile knocks the ball up into the air. 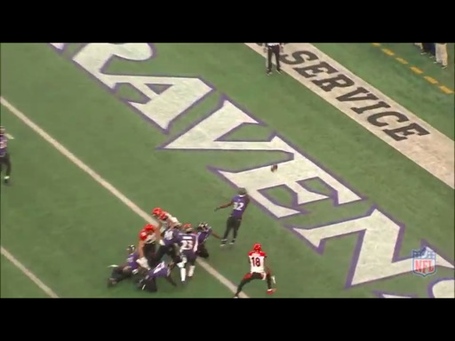 This obviously surprised the Ravens defender as he instinctively reaches for the ball and knocks it even higher into the air. 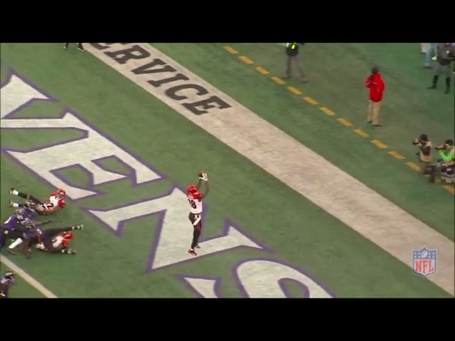 The ball drops harmlessly into AJ Green's hands and he pulls in probably the easiest touchdown of his career. This touchdown sent the game into overtime but the Ravens ended up coming out with the victory.

If Gruden called that screen play expecting a blitz from that side then kudos to him. Half the battle is knowing your opponent and their tendencies. The other side of that coin? Sometimes it's nice to be lucky. Regardless, do you see the benefit of an in-line TE who is athletic enough to be flanked out wide? I already broke down Gruden's use of personnel and this was just another good example of it. On the second touchdown, you'd think there isn't much coaching involved in a Hail Mary pass. That's why it's called a Hail Mary pass. But, look back at the screen shots. AJ Green is purposely lined up away from the jump ball. That shows me that they practice this drill. A great quality in a coach is having his players prepared for any situation they may encounter during a game. For this play, they were.