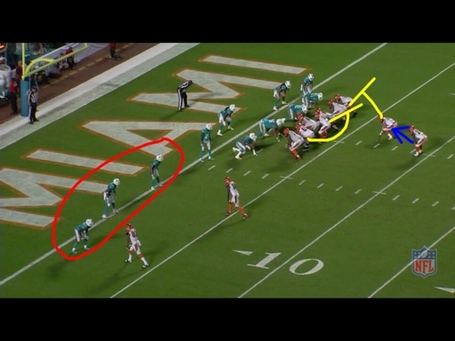 #1. 2nd & Goal. First TD in this game is on I-Right Twins 35 Power. The backside guard pulls into the hole. The two WRs to the left pull three Miami defenders out of the box. 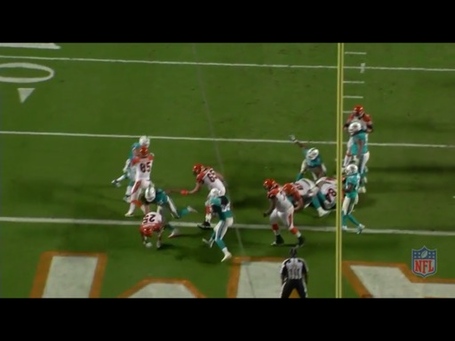 Giovanni Bernard is able to find a small crease, gets his head down and is able to stick it into the end zone. 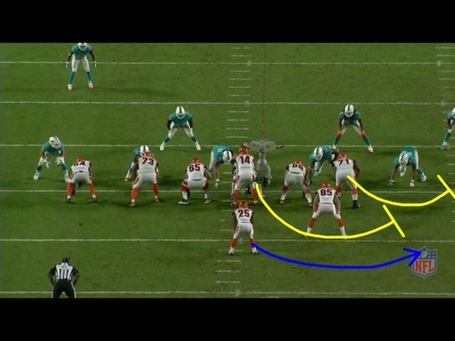 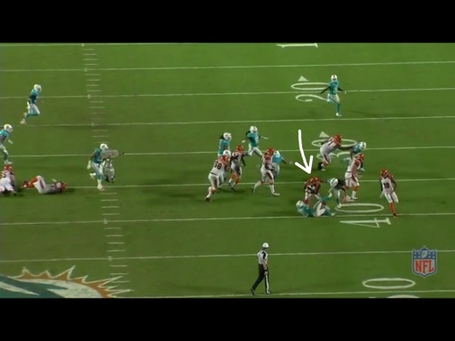 Miami actually has this play blown up with two defenders on Bernard but he breaks the tackles. 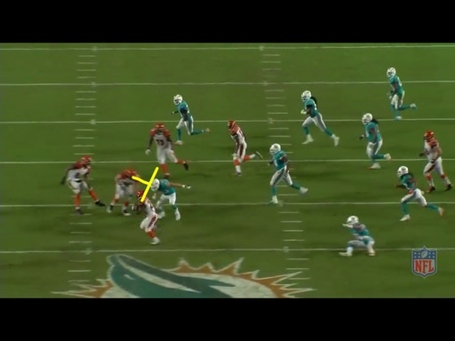 He reverses field and gets some help from one of his Olineman on this block. 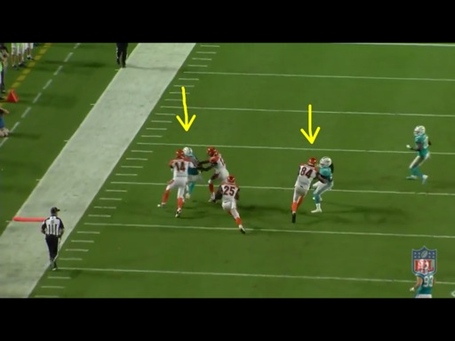 That block helps him get the edge back to the left side. Look who is out in front leading the way; Andy Dalton, Mohamed Sanu, and Jermaine Gresham. 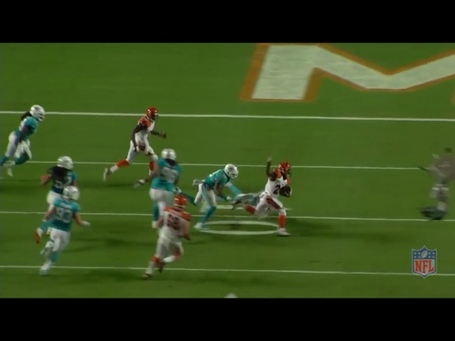 From the blocks provided above, Bernard is able to cut back inside. 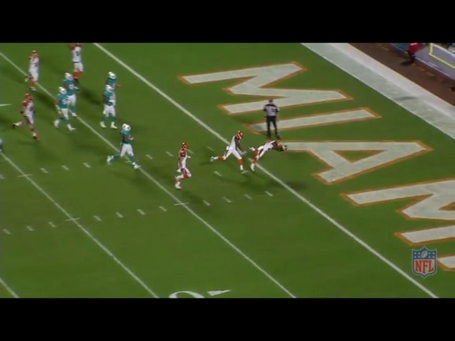 After that, no one can catch him and he dives into the end zone for the touchdown.

I like the first touchdown as the Bengals were able to take advantage of the numbers game that the Twins set provided by taking three Dolphins out of the box. While the second touchdown was purely Bernard's physical ability, something needs to be said about the effort put forth by the other 10 players on the field to break him loose. Last year, the Redskins offense wasn't the best at playing all the way until the whistle. This example above could be a testament to Jay Gruden's coaching.