A quick look at players that would be easy to fall in love with, if not for themselves.

Share All sharing options for: I Love Him. . .I Love Him Not. . .(Free Agent Edition)

"Only a fool follows his heart" - Anonymous

It's everyone's favorite time of year! No, not Valentine's Day (although for sake of convenience, a holiday that celebrates the spirit of love will tie into this post quite nicely). It's the beginning of the off-season or as we like to call it, the time for optimism! A time where we start gathering information about potential free agents and draft prospects that could possibly wear burgundy and gold next year. Our time becomes filled with daydreams about these potential players, writing their names between hearts/stars and fantasizing about their impact on the Redskins next season. But like every new love, there is always a point where you need to decide to listen to your head. . . . .or your heart. Let's take a look at some free agents who will be putting us in a position to choose. 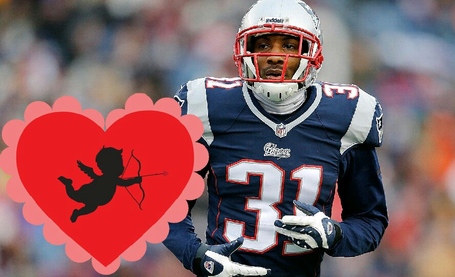 Heart Says: Talib is a Top-10 CB in the NFL. He possesses man-to-man skills that dwarf the abilities of most/if not all CBs on our roster. The Patriots routinely used him to take away the #1 receiving option for each opponent and force them go go elsewhere with the ball. After the last two seasons of record-setting (in a bad way) pass defense, Talib would be a fresh face who could reunite with Raheem Morris and take this pass defense out of the basement. As far as off the field issues, he's had no problems over the last two years.

Head Says: This guy is one strike away from a year long suspension. He has had off-the-field issues since he has come into the league. At the Rookie Symposium, Talib got into a fist fight with one of his rookie teammates. In 2009, he allegedly battered a taxi driver and was charged with resisting arrest and simple battery. In 2011, a felony warrant was issued in his name on charges of aggravated assault with a deadly weapon after he was accused of shooting a gun at his sister's boyfriend. In 2012, Talib was suspended 4 games for a violation of the substance abuse policy. Why do people say he will behave here because he knows Raheem Morris? Wasn't he in the most trouble when he was WITH Raheem Morris? Talib recently said he wasn't in the NFL until he was traded to the Patriots which should be an indictment of Morris. He has been clean with the Patriots but they are winning and a constant contender, if Redskins aren't winning, what road is that going to lead Talib down? On top of ALL that, he also is looking for $8-$10 million per year. 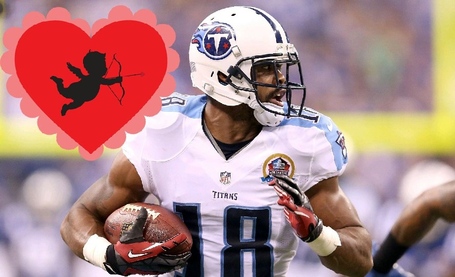 Heart Says: Out of all the free agent wide receivers, there are only two guys on the market who could be legitimate #1 WRs. Kenny Britt is one of them. At 6'3" 223 lbs, Britt has shown the ability to take over games. He has displayed his speed, evidenced by his 4.47 40 yard dash at the combine as well as his ability to jump up and make contested catches. Britt hasn't had an off-the-field issue in a year and is a year recovered from ACL surgery. Jay Gruden has shown his affinity for taller, physical receivers and you can expect him to try and implement that here in Washington. If Gruden can convince Kenny Britt that he can be his new A.J. Green, Washington might be the fresh start that could rejuvenate his career.

Head Says: He couldn't even break into the lineup much in 2013 sitting behind Kendall Wright, Nate Washington and Justin Hunter. In 2011, Britt was arrested three counts (including a felony) following an alleged car chase with police. Also in 2011, Britt plead guilty to careless driving and was fined. He was charged with resisting arrest in 2012. In January 2013, Britt drove a stab victim (his good friend) to the hospital. When questioned, Britt did not cooperate with the police. He was suspended for one game in 2012 for his constant involvement with the police and has had 9 brushes with the law since entering the NFL. 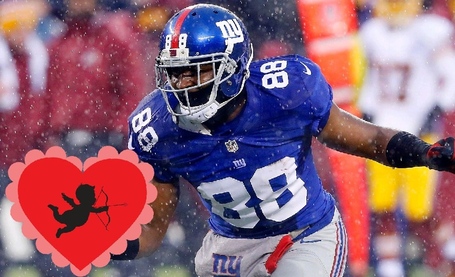 Heart Says: He is the only other WR hitting the market that can be legitimately called a #1. Nicks has shown a knack for making a big play. He can win off the line of scrimmage and high point the ball. His massive hands make most balls thrown in his vicinity his and his alone. The New York Giants spurned him and signed WR Victor Cruz to a big deal which would give him extra motivation when facing our division rival. An angry and motivated Hakeem Nicks would do a lot to bolster our WR core and is another guy who fits the Jay Gruden WR mold.

Head Says: While he has no criminal issues, the on-the-field concerns are enough. Nicks can't seem to stay healthy. He has been battling leg injuries the last two years. When he has been healthy enough to make it onto the field, he has looked extremely lethargic, dropping passes he would normally catch and just not looking like himself. Reports have come out saying Hakeem Nicks has been fined "multiple times" for tardiness to team meetings and even skipping treatments that would have helped his injuries heal faster. 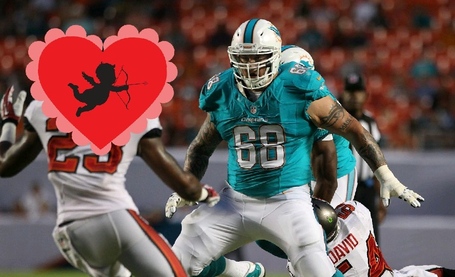 Heart Says: This is the type of player you want paving lanes for your running back and protecting your quarterback. He plays with a mean streak and takes no prisoners in the trenches. He provides an attitude that the Redskins offense has been lacking. He is not afraid to mix it up with anyone. The Redskins offense stalled so many times because of our inability to create a stable pocket and prevent interior pressure. This could be the guy that shows that our offense fights back.

Head Says: Outside Aaron Hernandez, Incognito has generated some of the biggest headlines of the 2013 season. He made the RG3/Mike Shanahan drama look like a playground tiff. This guy has been a marked man since coming into the league. Despite grading very well physically during the pre-draft process, many pundits dropped him on their boards because of his inability to control his emotions. In 2007, he had a knee injury that knocked him out for the season and instead of rehabilitating, he was partying nightly. He was pulled twice during the 2009 season for 2 personal fouls in each game which lead to a heated exchange with Steve Spagnuolo. He was cut after that. From 2006-2009, drew 38 penalties including 7 unnecessary roughness calls. He was voted the NFL's dirtiest player. 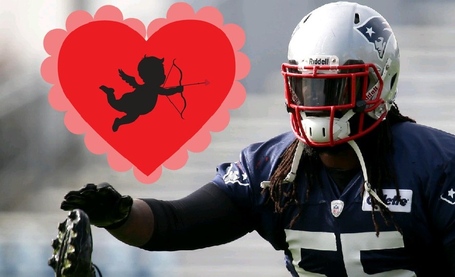 Heart Says: With a glaring hole in the middle of our defense, Spikes may be just the guy to fill it. While he didn't run well at the combine, he plays at a different speed. His instincts take him all over the field and he is one of the best at coming up in the run game. He is a thumper. He attacks the point and delivers crushing blows to not only ball carriers, but the blockers as well. He plays with a mean streak and would rather act and be wrong than watch the play and be late (I'm looking at you, Perry Riley).

Head Says: He is only a 2 down backer. He struggles to play against the pass. When he was at Florida, he was suspended for half a game for trying to gouge the eyes of a Georgia player. He ended up sitting out the whole game. During his rookie season, he was suspended four games for a violation of the banned substance policy. Bill Belichick put Brandon Spikes on IR this past season and it was later revealed it was more because he was late to a meeting than the actual injury he had been nursing.

Can 53 choir boys win an NFL Championship? Maybe. Can 53 trouble makers win an NFL Championship? Maybe. What is more likely though is a combination of the two. You want enough attitude on your team to establish an edge but not enough to poison your locker room. It's a very thin line you walk and just like any relationship, you need to evaluate worth vs. baggage, net vs. loss, etc. Can you get more out of this player than he is going to take? Are you going to take a "profit" on this guy? Or, am I wrong all together? The great Bill Parcells once said, "Once you make an exception, you'll have a locker room full of them."