Let's talk about the facade that is the Seahawks. Everything about this team, their stadium and their fans is a lie.

I have to preface this article by telling you that I actually hate the Seahawks. I hate them more than any division rival. I honestly wouldn't be upset if their team plane was re-routed to Liberia and crashed into a lake of Ebola piss.

With that out of the way, let's talk about the facade that is the Seahawks. Everything about this team, their stadium and their fans is a lie.

No. You are not. Your stadium is designed to be loud. You are the 17-year-old kid who puts an exhaust pipe the size of a water slide on a 1996 Honda Civic.

Your fans are bandwagoners. True story time. I was at a church dinner about a year ago and some kid had on a Patriots hat and a Seahawks shirt. His parents should be thrown in prison. That's some truly awful shit. But that's what you are, dynasty hoppers. I bet 92% of Seahawks fans have an "other" team. You just know they do. And it's either the Steelers or Cowboys.

Can't wait to watch my @Seahawks crush the Redskins in FedEx field on Monday night!!!!!!!! #gohawks

At first I denied it, but I'll admit there are a LOT of Seahawks bandwagoners

Your missionary-style, white bread, cliche machine quarterback? AN ASSHOLE who "knocked teeth out" in middle school. Surprise. The private school jock from Richmond is a total dickhead. WHO WOULD HAVE GUESSED?

And now Seahawks twitter (worse than Eagles twitter by the way) has to tweet with one hand and rub their puds with the other over his BRAVERY.

Glad to call you a QB @DangeRussWilson #3 for the Seahawks #GoHawks thank you for stepping up to DV. Thanks again #WNYPassthePeace

And the fans pretend to be British...because they're awful. When our brilliant Skinsfan777 penned his weekly fanpost "Paul Allen's Journey to Hell: Old Fashioned Style" the 12th men came charging like Red Coats.

The above is an actual comment from a Seahawks fan. The British fans on HogsHaven (yes, people who live in England) don't even use the word "bloody." I bet this guy wears scarves to the pub and fancies a pint. And he can't wait for the Hawks to take the pitch Monday for a friendly against the Washington American Football Club. Insufferable.

Any fan base that uses British slang doesn't deserve this. 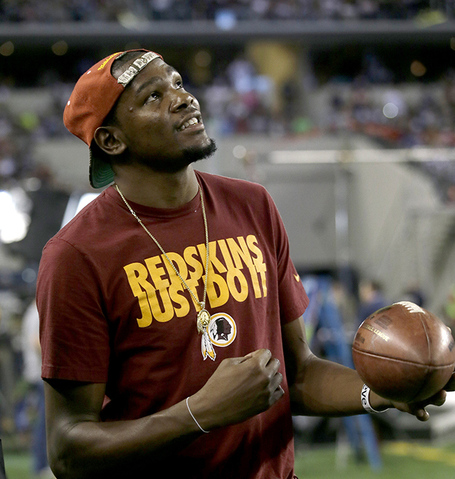 Most Seahawks "fans" won't even get this. "What's that skinny black dude have to do with Seattle?! This guy's a WANKER! 12TH MAN!!!!!"

I can't wait for this game.