An All-22 film breakdown of the Cincinnati Bengals playoff interceptions the last three years.

It's been said that the most popular position on a football team is the backup quarterback. What is said less, but still true, is the least popular position on a football team belongs to the Offensive Coordinator. It has become almost human nature for us to scrutinize every call that we see on the field. Every play that works is "brilliant" and every play that doesn't is "dumb" regardless of the concept, study, or execution of the play.

It's 3rd and 1, they run the ball and get stuffed!

"EVERYONE IN THE WHOLE STADIUM KNEW YOU WERE GOING TO RUN! YOU SHOULD HAVE TRIED PLAY-ACTION THERE!"

It's 3rd and 1, they run play-action and it's covered or the ball is dropped.

I could legitimately do that all day but you get the point. A year after being the "heir apparent" to Mike Shanahan and fans hoping he wouldn't take a Head Coach job somewhere else, Redskins Nation couldn't say goodbye to Kyle Shanahan fast enough. Even with a Top 5 offense in 4 of the last 6 years as coordinator, that wasn't enough to save Kyle from criticism. Therefore, it should be no surprise that Jay Gruden was greeted with much of the same exit in Cincinnati when it was announced that he'd be accepting the Head Coach job here in Washington. Jay Gruden has lead an offense that has made the playoffs in three consecutive years. While that sounds like heaven to a Redskins fan, his critics point to the Bengals 0-3 post season record and Andy Dalton's 1:6 TD:INT ratio in those games as reasons to blow up balloons and celebrate his departure. Just goes to show you that sometimes heaven isn't heaven enough.

With such scrutiny over Andy Dalton's playoff INTs, you'd think Jay Gruden threw them himself. I went back and checked the tape to determine what exactly went wrong. This is what I saw: 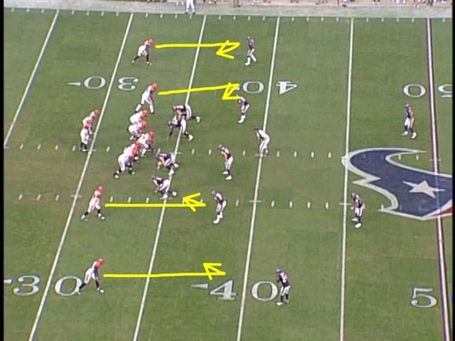 #1. I'm going to start this off by saying that 3 of Dalton's 6 INTs came in his rookie season. You can decide how much leeway you give him. First play, Jay Gruden calls hitches all across the board. 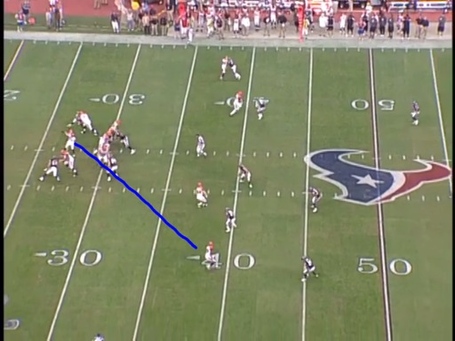 Andy Dalton hits the top of his drop and is aiming for AJ Green who is open. 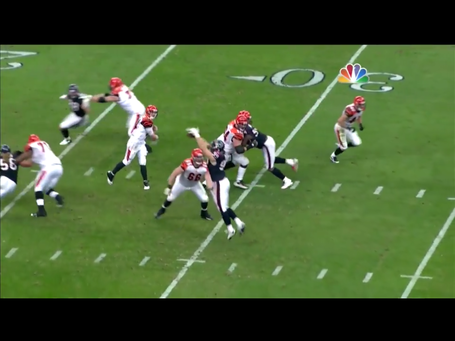 Buuuuuuuuuuuut JJ Watt happened. Don't know what Jay Gruden could have done to prevent that. 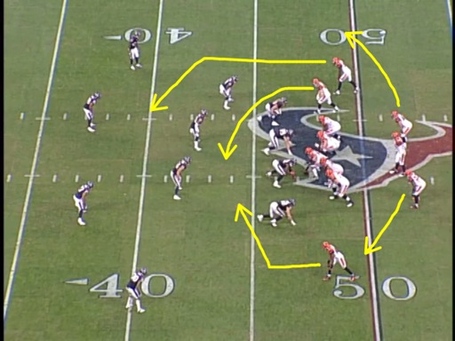 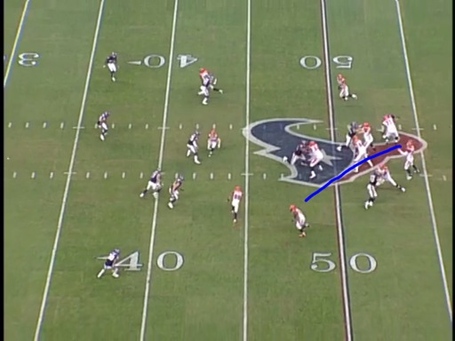 Dalton hits the top of his drop and is ready to throw to his RB who is wide open. The only problem is the RB isn't looking for the ball. Dalton is forced to look elsewhere. 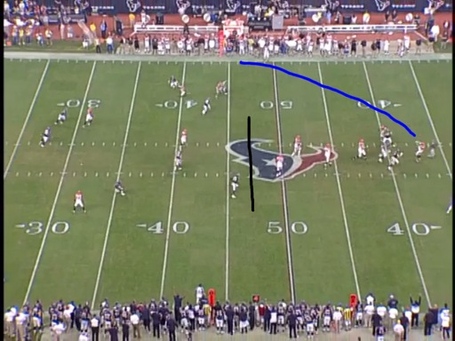 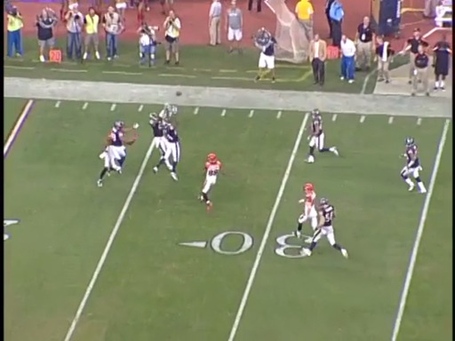 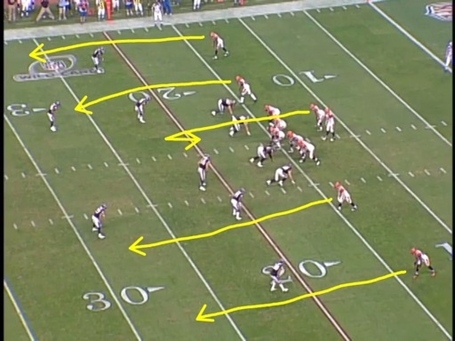 #3. Here we have four verticals with a RB release route. 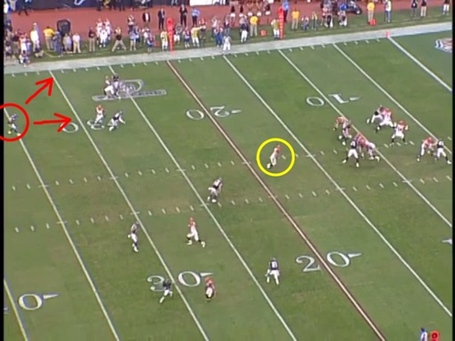 The RB is open but the Bengals are losing and need a play. The safety is splitting the difference between the two pass catchers up top. Dalton has a good pocket but rushes the throw before the safety commits to one or the other. If Dalton waited a tad longer, he could have thrown to whoever the safety didn't shade. 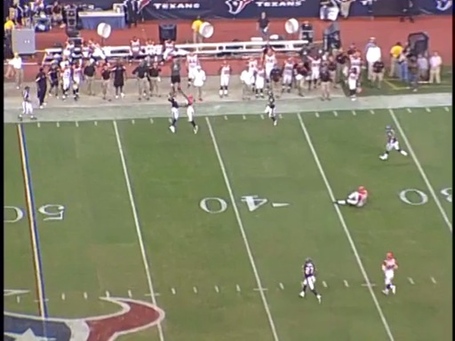 Instead, he throws it up to AJ Green and it's picked off. 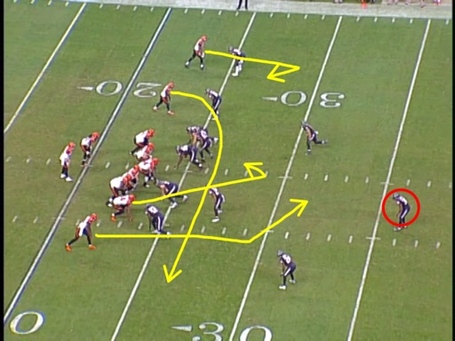 #1. The Texans are playing Cover 1 Man here. They're going to bring a blitz off the left side of the formation. Dalton wants AJ Green on the post route. 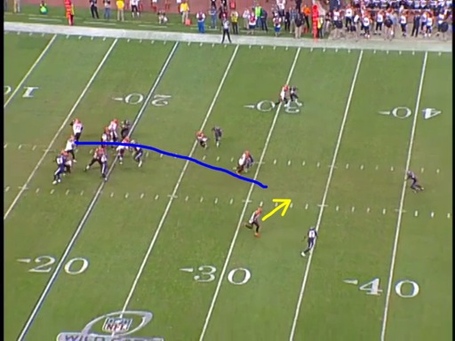 Dalton lets go of the ball and Green is open with room to run. 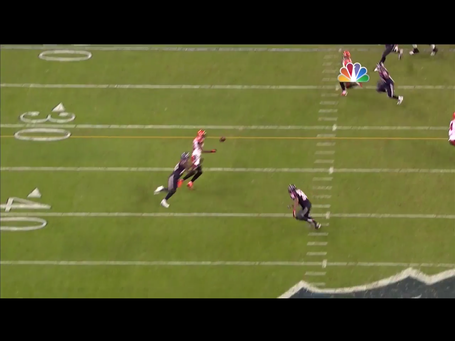 But for some reason, AJ Green doesn't get his head turned around in time. Instead, the ball goes right past his head and into the arms of the defender. 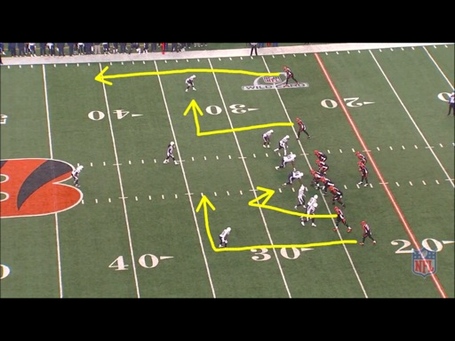 #1. This is the called play. Dalton is going to end up throwing it to the out route at the top of the screen. 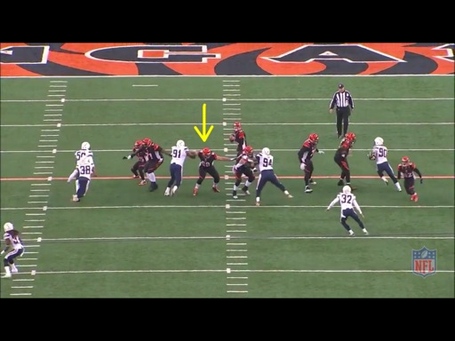 Dalton isn't even able to scan the defense because the O-line busted the protection. 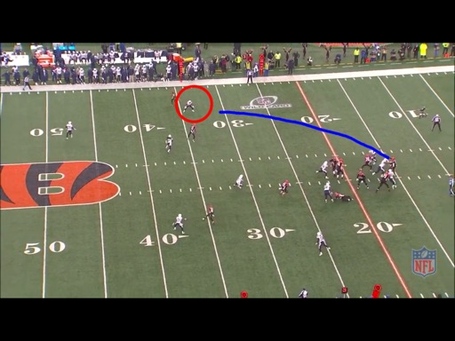 Dalton throws the ball off his back foot while falling backwards and it goes right to the CB who sat down on the out route. 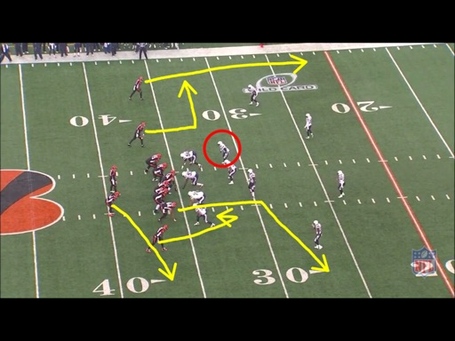 #2. This is the last one. Dalton wants the out route at the top of the screen. The LB is lined up far inside which should leave the out route open. 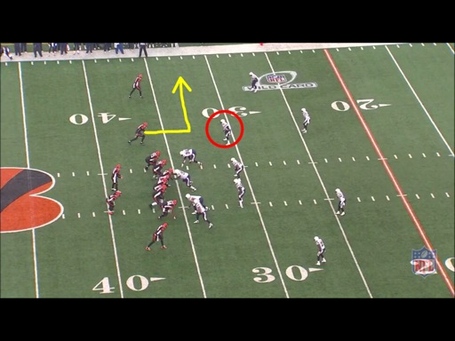 The Chargers audible pre-snap and this is how they line up right before the snap. LB right over the TE now and Dalton didn't see it. 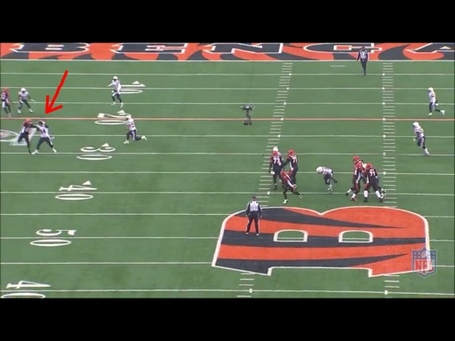 All in all, I don't see how you can blame many, if any, of these on Jay Gruden. In fact, some of these aren't even on Andy Dalton. Most of the time, the play design did have someone open, but for one reason or another, wasn't able to be successful. What do you think?