The biggest threat to the Redskins on Monday Night Football is Eagles running back LeSean McCoy. Can they keep him under wraps?

A lot has been made of what Chip Kelly will bring to the Eagles offense. The up-tempo/no-huddle offense, the read-option, packaged plays are all apart of Kelly's armory. But the key to executing all of this is running back LeSean McCoy. Underneath all of Kelly's innovations lies an old-fashioned mentality of running the ball. Kelly will use multiple concepts to get the ball in McCoy's hands in an advantageous position.

McCoy and the Eagles offense will put a lot of stress on the outside linebackers Ryan Kerrigan and Brian Orakpo to maintain and seal the edge. Those two must force the play back inside to the rest of the defense, otherwise McCoy will burn them. 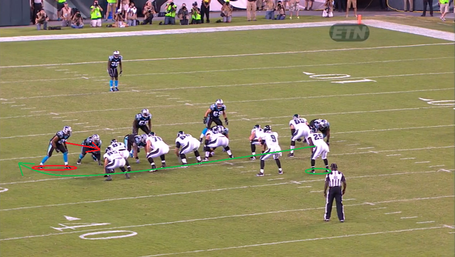 Here the Eagles call for a power run to the left side. 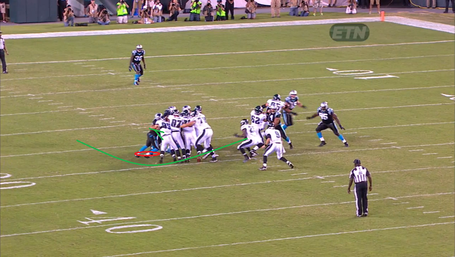 The defender circled in red gets caught up inside and fails to set the edge. That allows McCoy to bounce the run outside and get to the edge. 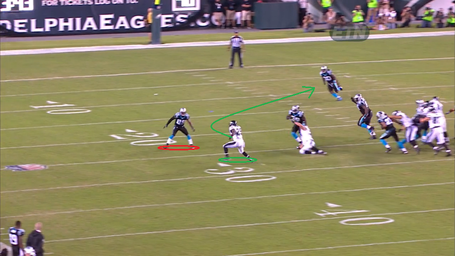 This is pretty much worst case scenario for the defense. McCoy is about as good as any back in the NFL at eluding defenders in the open field. Here he cuts backside and leaves the defender for dust. 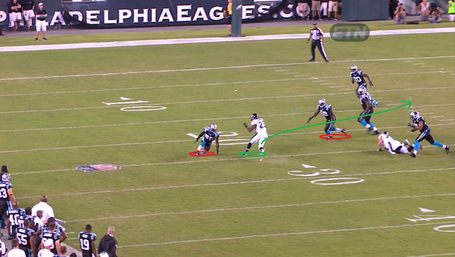 The first defender wasn't prepared for such a quick and decisive cut as he losses his balance attempting to adjust. McCoy spots another defender coming over to make a tackle. 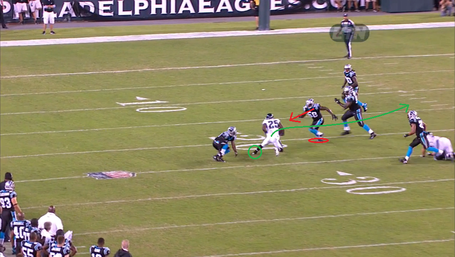 McCoy puts his foot in the ground and cuts back inside once again. 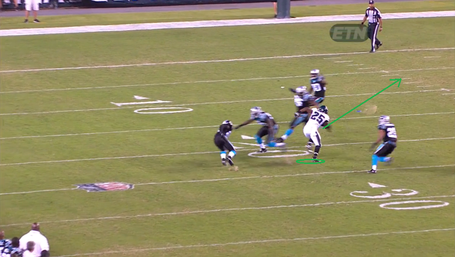 The defender cant stop his own momentum and is made to look silly, but in reality it was a quality cut. McCoy is then off to the races and picks up a big chunk of yards before eventually being bought down.

Containment then, is key for the Redskins defense. They can't allow McCoy the opportunity to get outside into open field. One of the big questions the Redskins failed to answer in preseason was open field tackling, so Kerrigan and Orakpo will need to set the edge and force the run back inside towards traffic.

The other key to defending McCoy is not to over-pursuit towards the play-side of the run. We've just seen a great example of vision and cutting ability from McCoy; if the defense over-pursues and leaves a lane for him on the backside of the run, McCoy is very much capable of exploiting it. 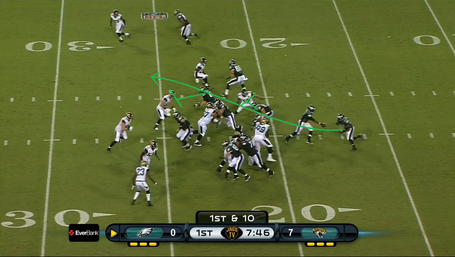 This time the Eagles run a zone play to the left. The Jaguars focus on not letting McCoy get to the outside, and leave a lane open for him. 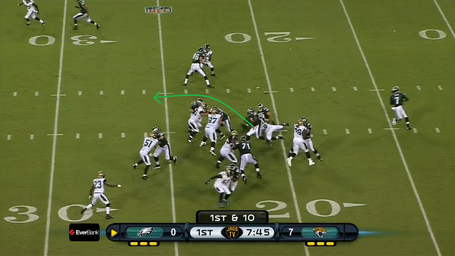 McCoy is smart enough to draw the defense towards the play-side of the run, which further opens up the cutback lane for him. 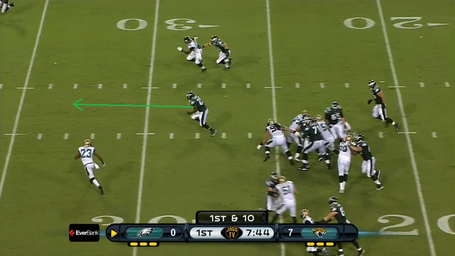 McCoy plays it perfectly and finds himself running clean up the middle of the field in acres of space.

It's important for the Redskins not to get caught up in the hype over Kelly's offense. They need to be focused on knowing their assignments, setting the edge to force McCoy back inside, and not over-pursuing runs which open up cutback lanes behind them. If the Redskins front seven of the defense can keep McCoy in check, then they should have success against the Eagles.