Pictures: Suggested Play Signs Chip Kelly Can Use with Eagles

Chip Kelly was known in Oregon for holding up bizarre cards with four quadrants to help get plays in faster and keep the offense running as fast as possible. Here are some Photoshopped suggestions Chip Kelly can use in the NFL.

Share All sharing options for: Pictures: Suggested Play Signs Chip Kelly Can Use with Eagles

Ole' Hogs Haven friend of ours, Parks Smith, emailed me last a week a brilliant idea to Photoshop some of Chip Kelly's in-game placards with a NFL twist. We bounced around some ideas and here's what we came up with.

To preface this for the non-college football fans (they exist?), ESPN spent some time in 2011 trying to crack Chip Kelly's placards, which they were unsuccessful on, but they were able to surmise Kelly needed the cards for two reasons:

(1) Coaches felt that Ohio State may have been stealing the Ducks' hand signals during last year's Rose Bowl;

(2) The team needed a quicker way to communicate.

They spend as little as 13 seconds between plays. They don't give defenses time to make substitutions or adjustments; they don't give defenders time to think or breathe; they've outscored bewildered opponents 277-77 after halftime this season. And they can't do any of that without a reliable signaling system that takes less than five seconds to process.

Kelly told ESPN that the placards communicate formation, play and snap count, and that each image means something.

So, what can he use for the NFL? Here are some suggestions:

I call this first one the "Wildcat" package. From top left clock-wise: Kid that vomited on a girl at Phils game, Andrew Bynum, baby drinking beer at Phils game, and the infamous Taser kid. 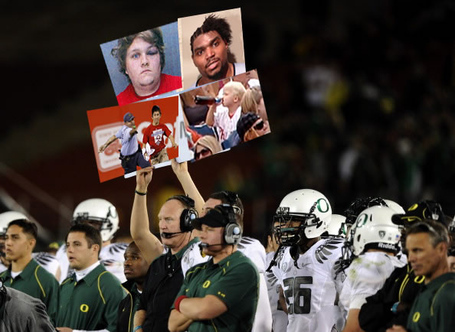 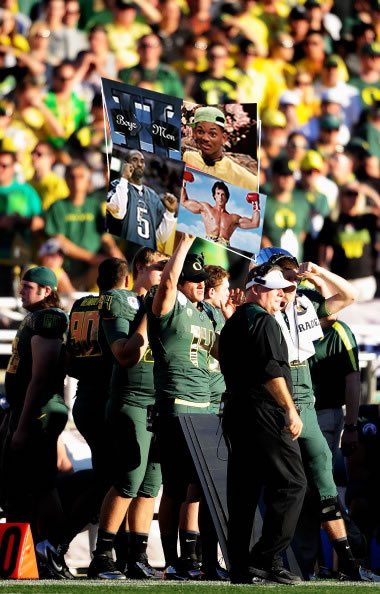 The "Wish bone" package...because all four of these college coaches wish they could have made it in the NFL but ended up getting boned one way or the other. Any chance I get to use a picture of Bobby Petrino in a neck brace I must take. 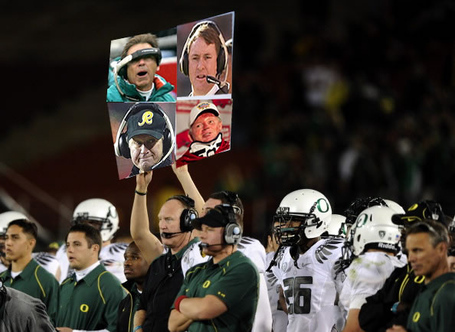 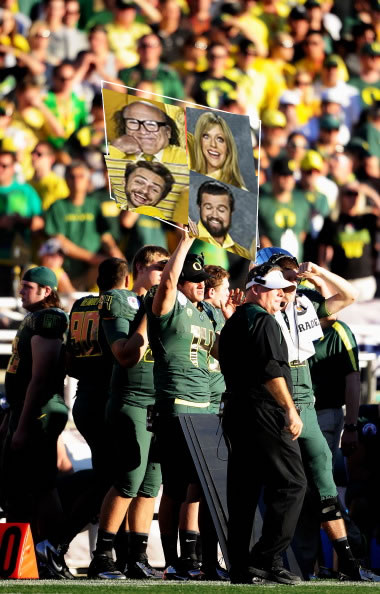 I call this one, "The sign you hold up the entire game at Cowboys Stadium"....bonus points for Chip since that Michael Irvin picture was from Veterans Stadium. 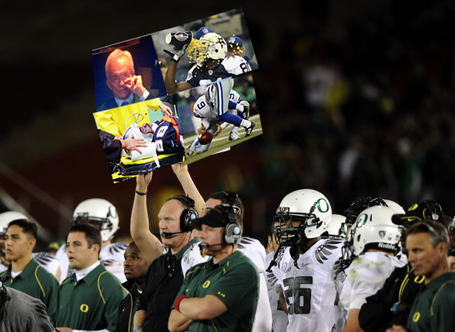 Might as well do a NY Giants one, too. It wouldn't be fair to exclude former NYG Punter, Matt Dodge, from this article: 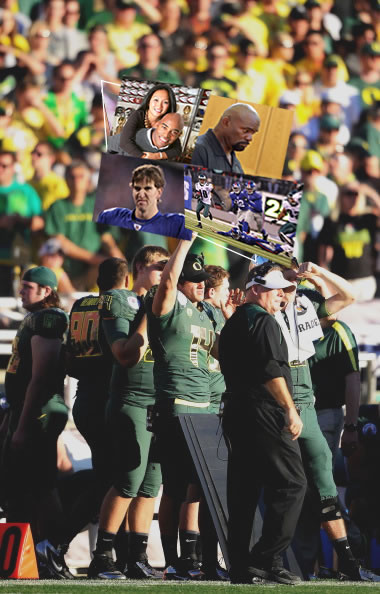