Game preview: Redskins at Raiders | CSN Washington
The unit has missed 43 tackles, according ProFootballFocus.com. That’s 12 more than any other team in the league

Double Coverage: Redskins at Raiders - ESPN
John Keim: When RGIII was at Baylor they used a rather elementary passing game. I think he’ll eventually blossom as a passer because he throws the ball well, is smart and works hard. But he’s not at that point yet

Defense Confident vs. Pryor Or Flynn
“Practices have become a little more intense. We’ve been emphasizing tackling and things of that nature,” Orakpo added. “I thought we did a great job in the Detroit game, improving what we knew we had to get better at which is stopping the run.

The Friday Five - 5 Keys to Victory Redskins vs. Raiders - Hogs Haven
Mike Harar gives his five keys to victory this week against the Oakland Raiders. 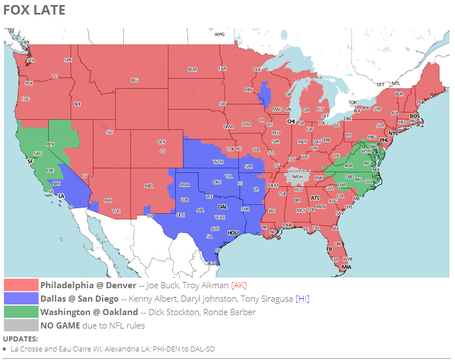