This week with the Hump Day Pick'em, there was bad news and bad news.  The bad news for me is that I continued to struggle in Week 2.  With a paltry record of only 6-9-1, I finished with a total of six miserable points.  Here's how the rest of our contestants did:

The bad news for you, the contestants, was that there was a tie at the top with nine points, meaning no one won our fabulous prize this week (Cue The Price is Right loser horn).

However, the silver lining to this cloud of dismay is that our fabulous prize from Week 2 will continue on to Week 3, giving all of you who did not get in this week another chance!

Something else happened this week that needs to be addressed.  In the matchup between the Falcons and Rams, in which the Rams were getting 7 points on the road, we had a tie.  This happened because the Falcons won by exactly 7 points.  The Hump Day Pick'em staff and I have not touched on this before, but will do so now.  If there is a tie, you do not get any points unless you predict a tie, which one of our contestants actually did in Week 2.  Unfortunately, they picked the wrong game.

With that out of the way, my total record so far this year against the spread is 10-21-1.  That kind of record would have me welcomed in every casino in Vegas, which sounds nice but is not what I'm shooting for.  Ok, with all the ugliness behind us, here we go on to Week 3.

I will incorporate the spread as determined by Las Vegas the Tuesday before the games and you can earn 1 point for each correct choice.  I will add up the points at the end of each week, and if there is one clear winner who beats me, that winner will earn a fabulous prize that will then be mailed to them.  There will only be ten contestants other than me, so the first ten responses will get in.

Each week the prize will change and some weeks there will be no winner at all, as I will have made the most correct choices or there is a tie among more than one of you.  Simple right??

San Diego Chargers (+3) at Tennessee Titans: Titans wide receiver Kenny Britt tweeted this week that he thinks this will be his last year with the team as coaches are irked by his penalty problems.  Titans head coach Mike Munchak responded by tweeting that he was not aware of the Britt statement but he did know that he didn't like the new Britney Spears song that got leaked last weekend. Pick: Chargers (+3)

Cleveland Browns (+5) at Minnesota Vikings: The Browns may go with Jason Campbell as their starting quarterback as Brandon Weeden suffered an injury to his throwing hand last week.  Vikings fans everywhere were saddened when they realized the quarterback matchup is still a toss up.  Pick: Vikings (-5)

Tampa Bay Buccaneers (+7) at New England Patriots: Bucs quarterback Josh Freeman has denied reports this week that he is demanding a trade.  When asked why he had put his six million dollar Tampa mansion up for sale recently, he stumbled a bit and then said he was just looking for something a little more quaint and simple.  Pick: Patriots (-7)

Houston Texans (-2.5) at Baltimore Ravens: The Texans are going to Baltimore in what would be Ed Reed's first reunion with several of his ex-Ravens teammates.  Reed told his wife however, that he is not going unless he can shed that last five pounds he needs to hit his reunion target weight.  Pick: Ravens (+2.5)

St. Louis Rams (+4) at Dallas Cowboys: On Monday, Jason Garrett told the Dallas press that the Cowboys need to the run the ball more to have offensive balance.  He also stated that scoring more points than your opponent is equally as important and will be crucial this week.  Pick: Rams (+4)

Arizona Cardinals (+7.5) at New Orleans Saints: In a move that has not gone over well in the Cardinals' locker room, Saints quarterback Drew Brees has been telling backup Luke McCown all week to keep his helmet on after pregame warm-ups, as this "will probably get out of hand early".  Pick: Cardinals (+7.5)

New York Giants (+1.5) at Carolina Panthers: Eli Manning is still stinging over the loss to his big brother last week, mostly because they had a side bet that the loser has to sit at the kid table this Thanksgiving. Pick: Panthers (-1.5)

Atlanta Falcons (+1.5) at Miami Dolphins: I have a new philosophy to live by starting this week: Never bet against any team Lauren Tannehill (Ryan's wife) is rooting for.  Pick: Dolphins (-1.5)

Indianapolis Colts (+10.5) at San Francisco 49ers: In this week's upset special, Andrew Luck will shock the world and get a twitter account.  He was dropping hints last week that he might finally cave when he indicated he was getting sick of missing all the Miley Cyrus updates.  Pick: Colts(+10.5)

Jacksonville Jaguars (+19.5) at Seattle Seahawks: In an unprecedented move, the Jaguars have conceded this game already in order to save airline costs.  Pick: Seahawks (-19.5)

Buffalo Bills (+2.5) at New York Jets: CBS has been hyping this game up in commercials with the tagline "At least it's not the Jaguars versus the Seahawks".  Pick: Jets (-2.5)

Chicago Bears (-2) at Pittsburgh Steelers: In a desperate attempt to give themselves any edge possible, the Steelers will air Brian Urlacher's Xfinity TV commercials in a constant loop in the Bears locker room before the game and during halftime.  Pick: Steelers (+2)

Oakland Raiders (+14.5) at Denver Broncos: Raiders quarterback Terrelle Pryor has said all week that he is eager to get on the field early for this one so he can get Peyton Manning's autograph. Pick: Broncos (-14.5)

Once again, here are your spoils should one contestant come out on top: 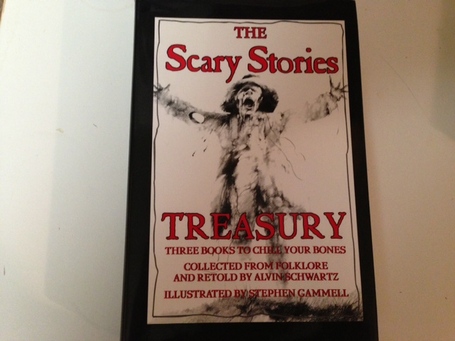 I wish someone would win this so I can get it out of my house......