Using the All-22 footage to break down the performance of rookie tight end Jordan Reed in the Redskins loss to the Eagles.

One of the few bright spots in the Redskins Monday nights loss to the Eagles was rookie tight end Jordan Reed. Many questioned the reasoning behind spending a third round pick on a tight end when the team already had Fred Davis, Logan Paulsen and Niles Paul in a seemingly full position. But Reed's versatility and skills as a receiver stood out. He went under the radar throughout training camp and preseason, but caught the eye in the opening game of the season.

What impressed me most about Reed was just how in sync with Robert Griffin III he is. He has great awareness and presence of mind to know when Griffin is scrambling and where he should run to get open for him. His first NFL reception was a perfect example of just that. 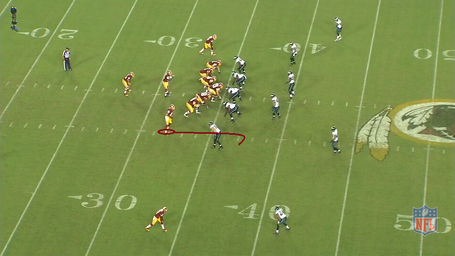 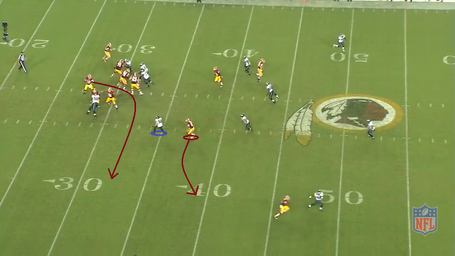 Griffin was looking for Reed, but there is an Eagles defender in position to undercut the route. Both Griffin and Reed recognize those, so both begin to free style. Griffin escapes the pocket and makes a move to the sideline. Reed follows suit. 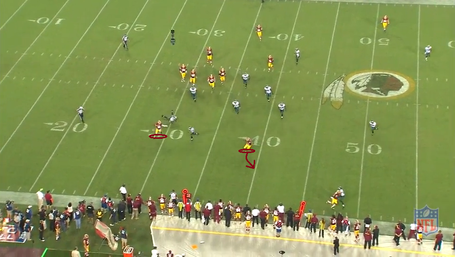 Reed finds himself in plenty of space, making it an easy throw for Griffin. 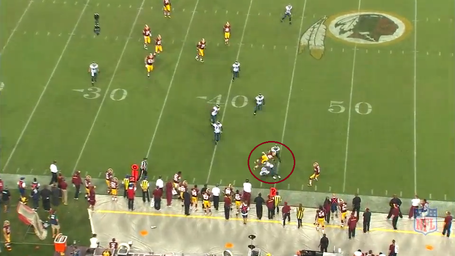 Reed doesn't settle for a completion. He fights for yards after the catch, leaping for the first down marker. He gets the first down despite getting flipped over. Excellent effort from Reed.

That wasn't the only play that Reed's ability to free style and find a hole in the defense was on display. 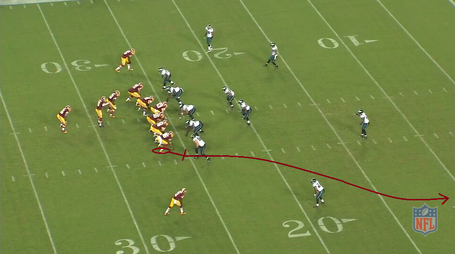 This time Reed will help chip Connor Barwin before releasing into his wheel route. 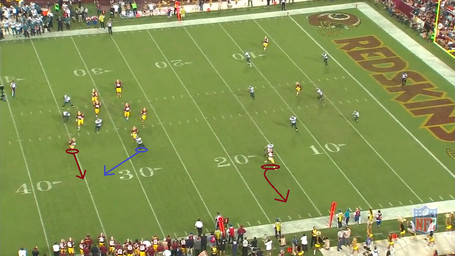 Griffin is flushed out of the pocket and is looking for someone to get open. Reed gets his head around to see Griffin is scrambling, so makes a move to the sideline. 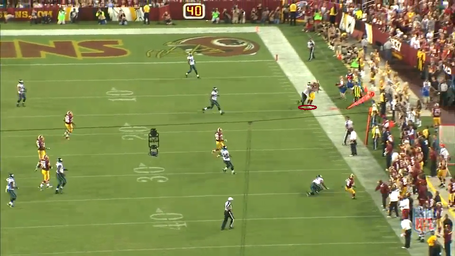 Griffin couldn't quite keep the ball close enough to the sideline. Reed reaches out, but can quite keep his feet in bounds. But the ability to get himself open with things break down will be incredibly valuable for Griffin.

Reed also made a nice diving catch to a ball thrown short of him. 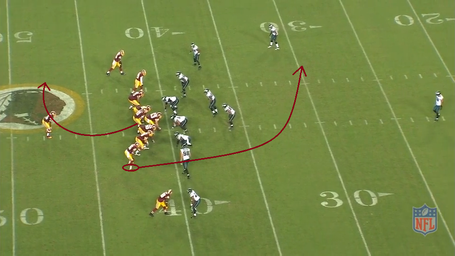 Reed runs a crossing route on a play-action bootleg. 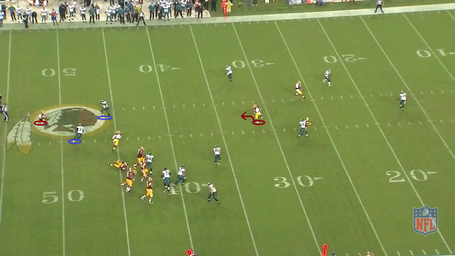 Griffin has two defenders closing in on him. Reed recognizes that and cuts off his route, giving Griffin an easy target. 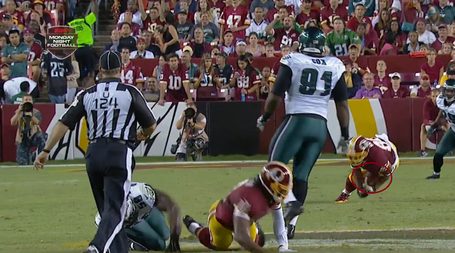 Griffin was throwing the ball under pressure, so the ball died on him. Reed does an excellent job diving back towards the football and getting his hands underneath it. At first, I doubted that he manage to pull it in, but the replays showed it was a good catch.

It was surprising to see that Jordan Reed was probably the receiver best in sync with Robert Griffin.They both missed time in the offseason with injuries, but both rehabbed and worked together at the side of practice to build some chemistry. It looks like that work is already paying off for both of them.

As good as his receiving ability is, Reed is a poor blocker. He got beat a couple of times which either forced the run back inside, or blew it up altogether. 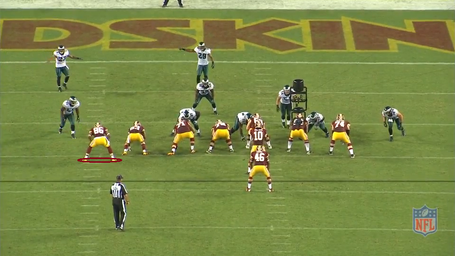 Reed lines up on the left side of the offensive line, outside of fellow tight end Fred Davis. 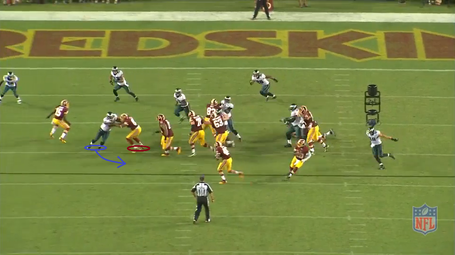 Reed gets pushed back and fails to seal the edge. 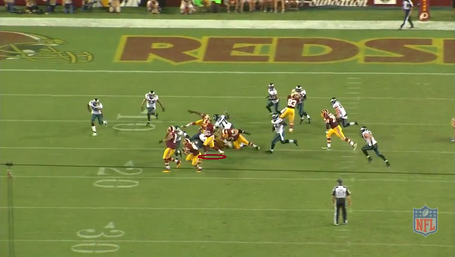 In the end, Trent Williams has to pick up the block for Reed, while Alfred Morris has to bounce his run outside. The play results in a two yard loss.

In fairness to Reed, he was drafted as a receiving tight end. He struggled with blocking in college and was always going to struggle with it early on in his pro career. What you look for from him is signs of improvement, which we got on this play. 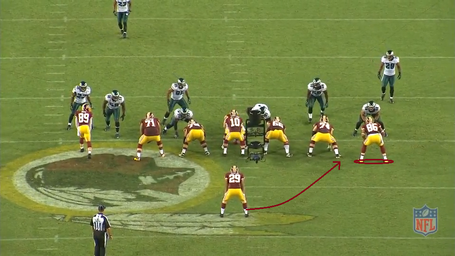 This time Reed lines up on the right side of the line. 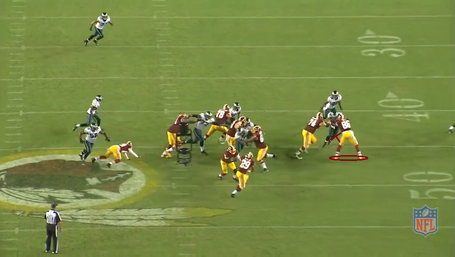 Reed engages well with the defender, but gets a helping hand from right tackle Tyler Polumbus. 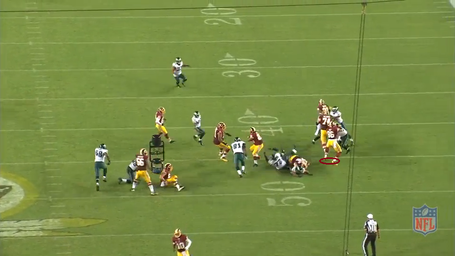 We need more of those plays in the run game from Reed for him to see significantly more time on the field. But his versatility and receiving skills make him an interesting weapon for the Redskins going forward. The fact he already appears to be on similar wavelengths to Robert Griffin III is always helpful. I'm eager to see how the Redskins look to target him over the coming weeks.