Breaking down the performance of second round rookie corner, David Amerson, against the Titan's in the Redskins preseason opener.

I've been critical of Amerson in the past, but last night he managed to show off his obvious athleticism and length as well as his nose for the football. Unfortunately I don't get the "All-22" footage which gives a much better view at how defensive backs play. So for now I'll have to go on the TV coverage and replays. 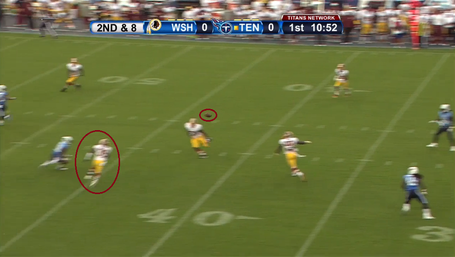 On his second snap, Amerson dropped back into a zone coverage, but he was aware enough to know the holes in the coverage scheme and where the Titans were looking to attack. He kept an eye on quarterback Jake Locker and peeled off from his zone assignment to break on the football. 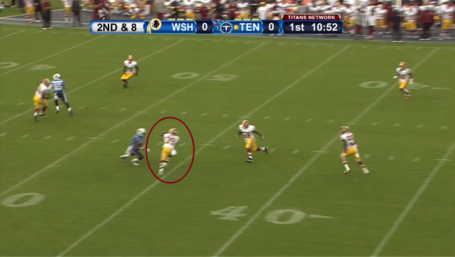 Amerson jumped in front of the receiver and got his hands on the football. Unfortunately he couldn't pull in the interception, but he managed to break up the pass as the ball fell incomplete. Straight away we get an example of Amerson's nose for the football. He was known for his interceptions in college and was drafted to create turnovers. Plays like these are a nice start.

But it wasn't all about sitting in zone coverage and jumping routes for Amerson. He also had to play man coverage, and looked good doing so. 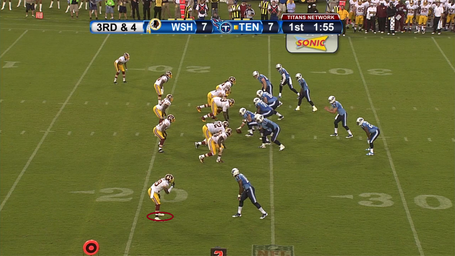 The Titans are in a third and four situation. Amerson is assigned Kenny Britt in man coverage. 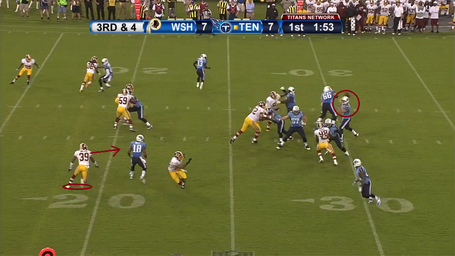 Amerson trails Britt on a slant pattern, but keeps an eye on the quarterback. As Locker motions to throw, Amerson breaks on the ball. 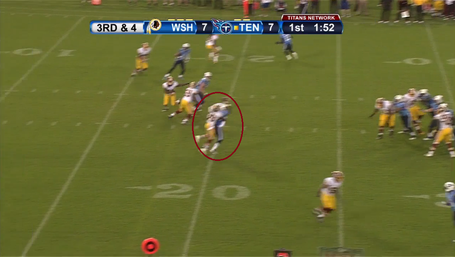 He contests the catch from Britt, but can't quite break up the pass. 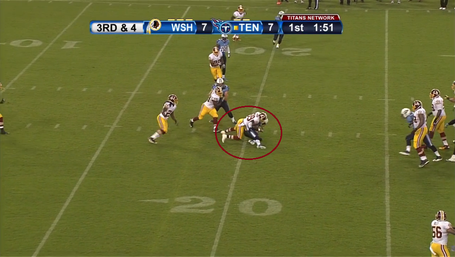 But Amerson does a fantastic job making the tackle and bringing Britt short of the first down. Overall Amerson had good coverage for most of his snaps. If he continues to progress, his size and length could be a valuable asset in the secondary for the Redskins.

What also impressed me was his willingness to support against the run game. In college, he quite often shied away from trying to tackle running backs or taking on blockers to force the run back inside. But he did a much better job attacking the run game last night. 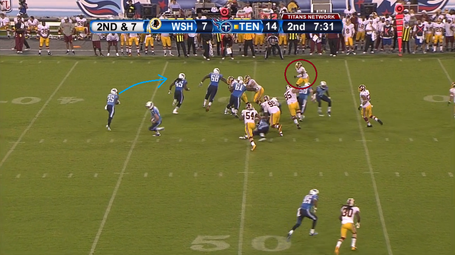 Here the Titans are running a toss play to the outside. They have two lead blockers coming around the edge to Amerson's side. 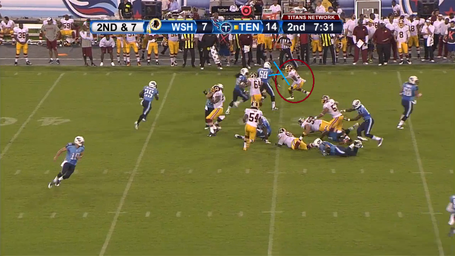 Amerson comes up against a bigger blocker, but knows he has to set the edge to force the run back inside towards the rest of the defense. 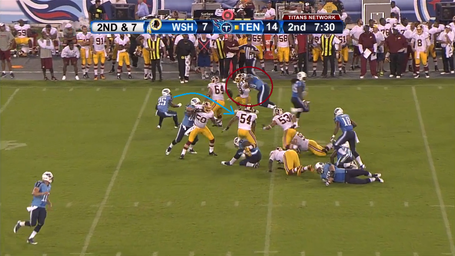 Amerson does an excellent job keeping low and shedding the block attempt. With the edge set, the running back has to stop his run to the outside and cut back inside. 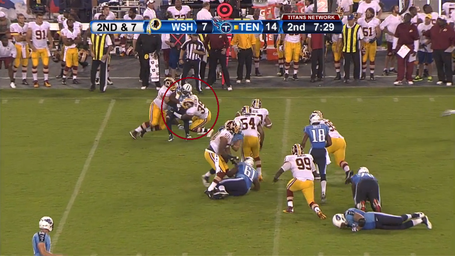 But Amerson is able to help make the tackle before the runner is able to cut back. Plays like this are needed from the Redskins corners, and if Amerson can do that on a consistent basis, then he'll earn a lot more playing time.

But one thing I didn't like from David Amerson was his tackling. There were a few occasions last night were Amerson dropped his head with his shoulder and failed to see what he hit. 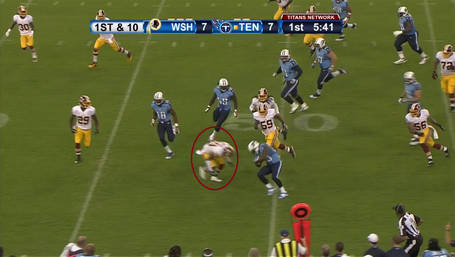 You can see here, before contact is made, Amerson's head his dropped and he can't see the ball carrier. 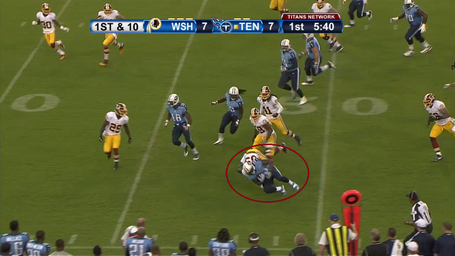 His momentum gives him enough force to knock the runner off balance, but there are plenty of players (Alfred Morris) that could withstand that hit and bounce off it. 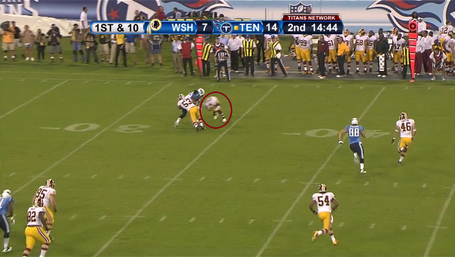 Once again, he lowers his head with his shoulder and can't see what he's hitting. 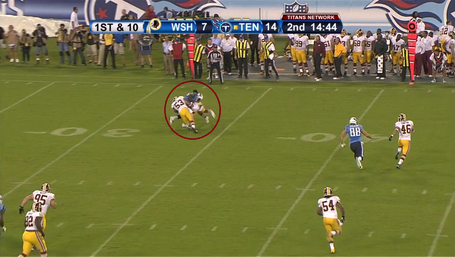 The ball carrier is stopped again, but Amerson his helped on the tackle. There's a few problems with this tackling technique. For starters, there's no attempt to wrap up the runner. That will lead to a lot of broken tackles. That's not to mention how many he might miss because he can't actually see them when he's lunging at them. He also makes himself a lot more vulnerable to injuries.

In the future, Amerson needs to keep his head up and see what he hits. The big hits are more eye-catching, but the Redskins need him to make sure he secures the tackle before anything else. But overall, I was impressed with Amerson's performance. He still has plenty to work on, but this is a promising foundation to build from.