Niles Paul was one of the more frustrating Redskins last season. The tight end had some growing pains while adjusting to his new position, but nobody expected the former wide receiver to have such trouble catching the ball. He put this down to not being used to the different angles at which a tight end receives the football. So I went back to last season to watch some of his drops and bobbled catches to see if that was the case.

I found that he had a tendency to try and catch the ball as if it was a punt or kick-off. He'll lower both his hands together, let the ball hit his hands together and then try to bring the ball into his chest or stomach to secure it. This works for a ball that is punted high in the air, but not for a pass being squeezed into a tight throwing window. 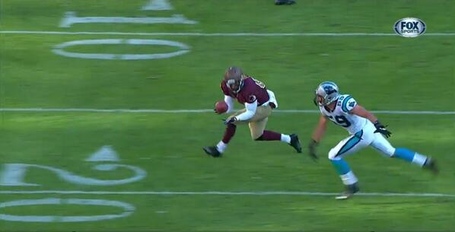 Paul ran a deep crossing route off a play-action pass. Usuallu, the linebackers bite down on the run fake and allow the receiver in behind. But on this occasion, one Panthers linebacker was able to drop to his zone as Paul ran through it. The ball is thrown low and away from the defender where only Paul can make a catch. He lowers both of his hands together as the ball arrives. 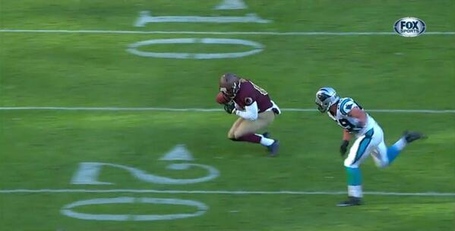 But instead of trying to let the ball get into his gut, Paul allows it to hit his hands and then attempts to trap it. But because he doesn't have any give in his hands, the ball bounces harshly off them. 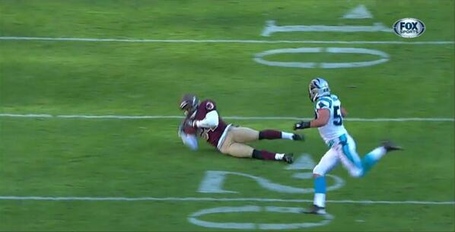 On this occasion, Paul manages to get the ball back under control and secure the catch. But when he bobbles the ball like that, it's tough for the quarterback to trust him later in the game.

Let's look at another play. 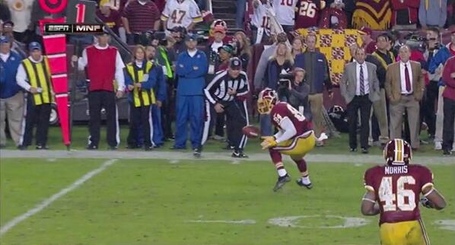 This play sees Paul running wide open into the flat. He turns and looks back at Griffin early and is expecting the ball. Griffin is under duress and has to make an off-balanced throw, which is slightly low and behind Paul, but perfectly catchable. But once again, Paul lowers his arms together like he's catching a punt. 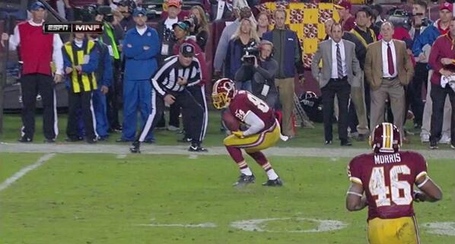 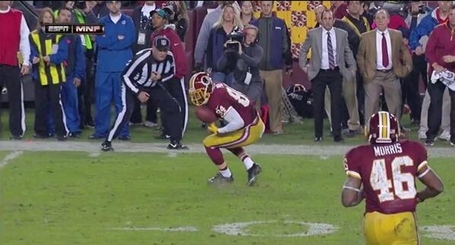 This ball bounces out of Paul's grasp and falls to the ground. It should have been an easy catch and run for a nice gain, but instead it's incomplete.

It's incredibly frustrating because Paul found himself in some good positions last year, but you always felt nervous when you saw he was the one on the receiving end of the pass. The quarterback has to have trust in his targets, and Paul needs to improve his technique if he hopes of building that trust with Griffin.

One man who does have Griffin's trust is Santana Moss. He's been a reliable receiver that likes to use his body to secure passes, just like Paul. But Moss has much better technique. 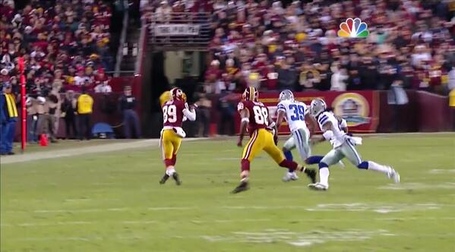 From this angle, you can see Moss has one hand up above his waist with his palm facing down, rather than Paul who had both hands down with his palms facing up. 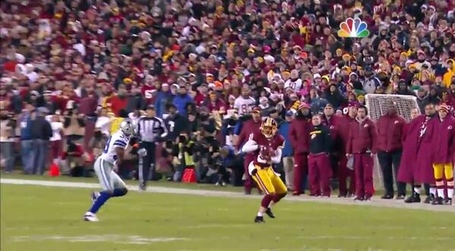 Moss creates a tight pocket for the ball to fit in between his arms and his stomach. He gets his right hand on top the of the ball to see it into the pocket he creates with his left hand. This allows him to secure the ball quickly and easily, and enables him to turn upfield and pick up the first down.

When it comes down to it, I'm not buying Paul's excuse. On the play's I showed, he located the ball with plenty of time to adjust. Neither throw just suddenly appeared on him. I am, however, hopeful that this is a fixable issue that could have a significant impact relatively quickly. If that is the case, Paul could become a very useful part of the offense. It will be interesting to see if he has improved as we move through the preseason.