With star quarterback Robert Griffin III now cleared to participate in training camp, we look at one of the things he needs to work on going into his second season in the NFL.

Now that Robert Griffin III has been fully cleared to practice, we can start to focus on things he needs to work on and improve from year one going into year two. Griffin had a phenomenal rookie campaign and the Redskins would take more of the same from him next season, but that doesn't mean it was without it's faults. Yes, there are things like being more confident in going through his progressions and the speed at which he does that, but those things come with experience.

One tendency Griffin has in his game is that he can get a little lazy with his footwork. He has incredible arm strength that allows him to power the ball downfield and into tight throwing windows, but it also enables him to get away with little footwork. In certain situations, that can be a very good thing. When a pass rusher is chasing him down, being able to get velocity on his throws while not being able to set himself to throw is a very big aspect of Griffin's game. But when he's stood in the pocket, he needs to make sure he's planting and driving off that back foot when he can. 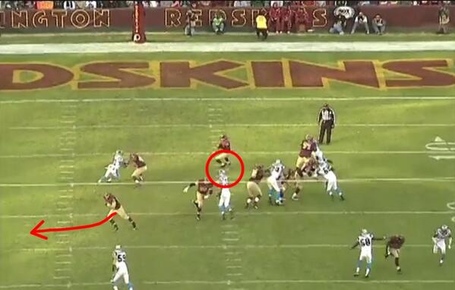 On this play, Griffin reaches the top of his drop and has tight end Logan Paulsen running a quick out pattern. 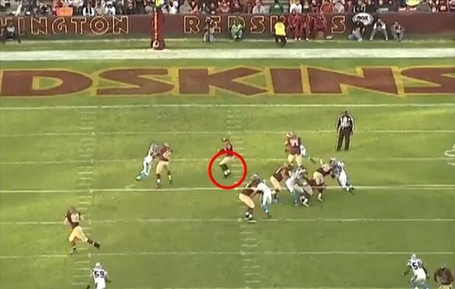 He takes a hitch step to help sync up the timing between his throw and Paulsen's route. 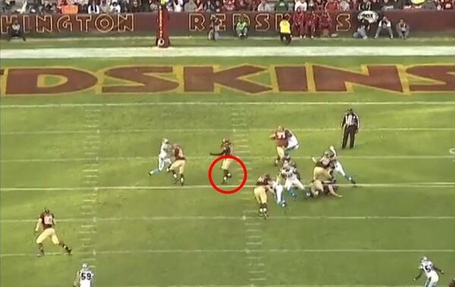 But when Griffin begins to throw, there's no real urgency to drive off his back foot. Granted, it's a short throw and he doesn't want to put too much on the pass, but he still needs to use his feet to help him keep his mechanics in check and stay accurate with the ball. 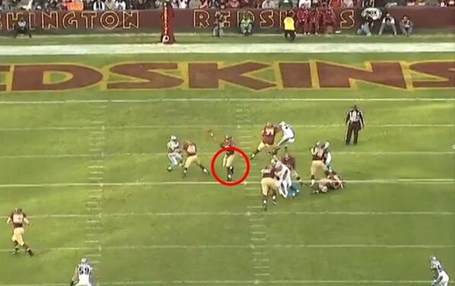 With the lack of drive off his back foot, Griffin's lower body fails to generate much torque. That means the whole throw is coming from his shoulder and arm strength. 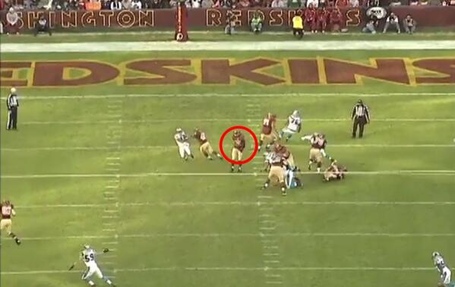 You can also see from the lack of follow-through on his throwing motion that the throw was all arm. That makes it hard for him to place the ball exactly where he wants it. 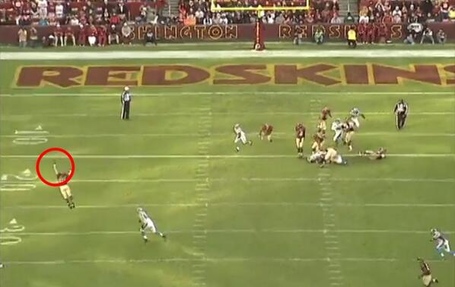 In this case, the ball sails on Griffin and goes well over Paulsen's head. What should have been an easy completion ended up with the ball in the dirt.

Again, the arm strength Griffin has to be able to just flick a ball out with great velocity is a fantastic asset to have. But when he has time to set himself to throw, he needs to make sure he does. This isn't necessarily a frequent problem for Griffin, just one that shows itself every now and again. But with Griffin coming off a big knee injury, I hold a slight concern that he might take a while to get back to driving off that back leg. I'm sure the perfectionist and hard worker in Griffin will make sure that he polishes his overall technique and mechanics, and this problem will sort itself out in the process of all that. Hopefully that will come sooner than later.