The Redskins built a deadly play-action passing game from the foundation of their strong run game. Here we breakdown the Redskins best play-action concepts using the All-22 footage.

It's no secret Robert Griffin III benefited from a very strong rushing attack. With Alfred Morris joining Griffin in the backfield, the Redskins ran the ball effectively against every team they faced. That laid the foundation of their offense, from which they built the play-action game. They put down a new benchmark, using play-action for 40% of their entire offense according to football outsiders, the highest percentage they've ever recorded. Which makes sense, given how well they the ran the ball this year.

Just like with their running plays, the Redskins only had a couple of play-action concepts, but ran them from different personnel groups and formations. The first concept we'll look at was probably the Redskins most used play-action pass. 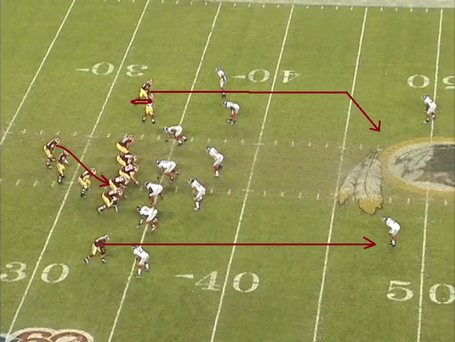 It's been referred to as the play-action post, because that's essentially what it is. Griffin fakes the hand-off to Morris as Pierre Garcon streaks down the field and cuts in on a post route. 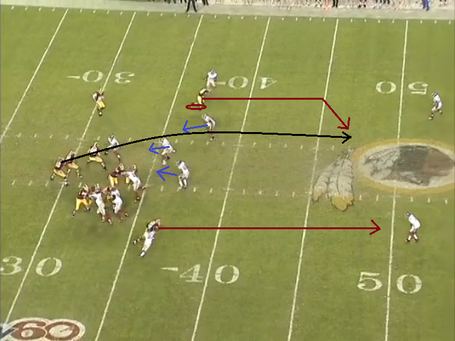 Griffin hides the ball through the mesh point (the point where Griffin and Morris cross paths and hide the football). The linebackers are drawn in to the fake, leaving a big gap behind them for Garcon to run into. It's an incredibly easy throw for Griffin as it's just straight down the middle of the field.

This was easily the most common concept, we used it from week one for Griffin's first ever touchdown pass. But even when teams knew it was coming, they couldn't stop it. With the success of the run game and Griffin's ability to hide the ball extremely well, the linebackers have no choice but to step up. The gap between the linebackers and safeties was always there. Kyle Shanahan even managed to adjust it to fit Kirk Cousins when Griffin was out injured.

Another commonly used concept by the Redskins was to have a clear-out route, with a crossing route cutting underneath it. It's similar to the play we saw above. 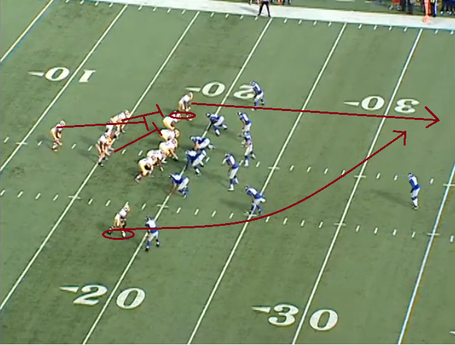 On this play, Garcon runs a go route to clear out the space behind him. That allows Leonard Hankerson to run a deep crossing route underneath Garcon into wide open space. 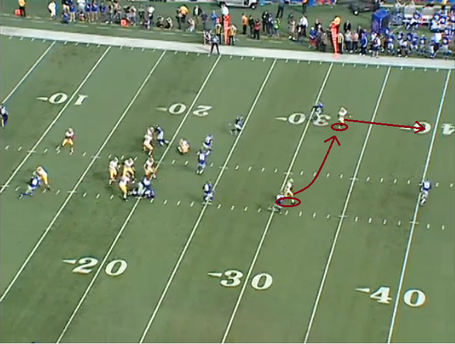 Garcon is actually open on the go route, so I'm somewhat surprise Griffin didn't pull the trigger here. But you can see the corner is desperate to keep up with Garcon, and the free safety is sprinting over to stay on top of everything. 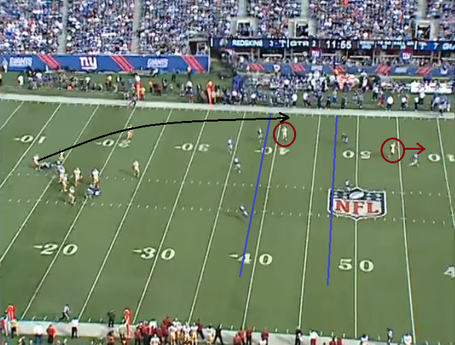 We saw the same concept against the Eagles, but with a few variations to help disguise the play. 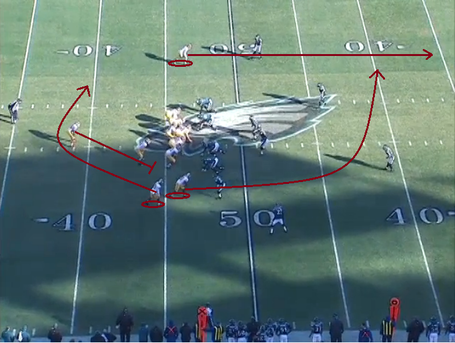 This time Griffin is under center and fakes an outside zone run rather than an option hand-off. But the Redskins also throw in an end-around fake that also turns into a check-down option. 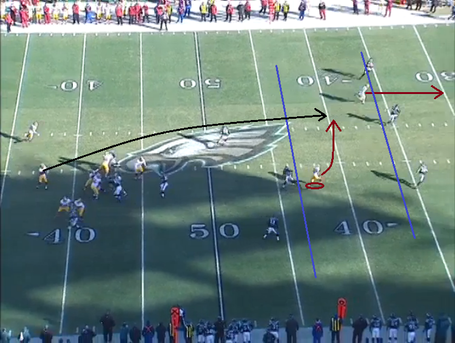 But despite the disguise, the core of the concept is the same. This time Garcon is running the crossing route, with the space cleared for him by Aldrick Robinson. Once again we can see the space between the linebackers and the secondary created for Garcon to run into.

This final play demonstrates a concept that has been used by Mike Shanahan for decades. The Redskins didn't use it quite so often this year, but we'll get onto that in a minute. 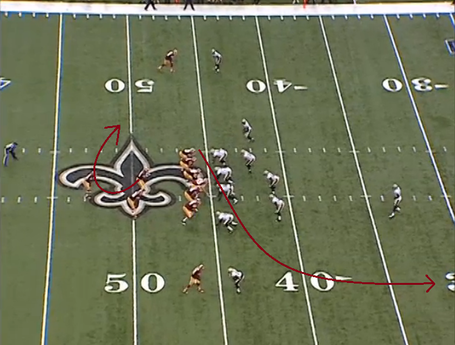 The idea behind this concept is to get a tight end to leak out on the opposite side of the quarterback bootleg. 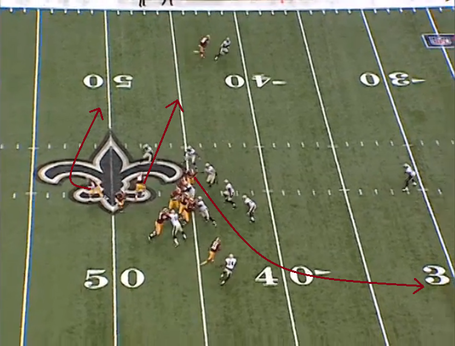 As Griffin rolls out of the mesh point, you can see Fred Davis begin to run through the defense. It looks to the defense like he's just carrying out the play-action fake, but he's going to leak out into the open field. You can also see fullback Darrel Young running into the flat. 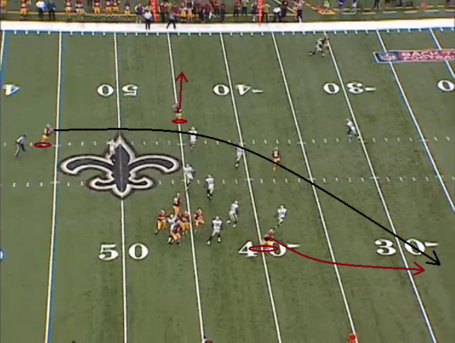 Davis manages to sneak out behind the defense and Griffin is aware enough to spot him and come back to him. The Redskins also run this concept without leaking the tight end as their standard bootleg play. You can see Young is wide open in the flat, but Griffin also has a receiver crossing the field. Usually on standard bootleg plays, you'll have one deep, one intermediate and one short option to throw to.

I mentioned we didn't see this concept a lot from the Redskins this year. With Griffin's running ability, defenses know to send their backside edge defender at the quarterback on the stretch run plays purely to stop the bootleg. Bootlegs work more often when a defense doesn't expect the quarterback to roll out and throw on the run, but that is clearly one of Griffin's biggest strengths.

But the Redskins were able to lean on the first two concepts we looked at without many troubles. As long as the running game continues to be productive, then so will the play-action game. The main way to stop these concepts is to have your linebackers drop to their landmark quickly and clog up the passing lanes, but they can't if they have to respect the run. The moment a team stops respecting the run, Griffin and Morris will burn them.