Recapping how the Redskins made out in the #MockSix Twitter Draft. Two secondary guys taken with the first two draft picks.

Mock One has just finished its 6th installment of their Twitter Mock Draft. I was asked to join the Redskins team/war room as an assistant GM. Steve Shoup and HogHunter have done a great job making decisions for the Redskins during the past few so we definitely had big shoes to fill. With that being said, here are the results of the Redskins draft in #MockSix: 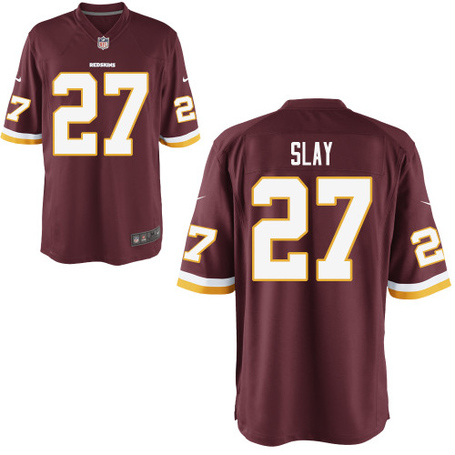 There was still a lot of talent on the board as our pick was coming up so we explored trading back. We had 3-4 offers but nothing that presented much value to us. The #51 pick came down to a pair of CBs. Darius Slay and DJ Hayden. I favored selecting DJ Hayden because of his talent and recent reports of his medical reports checking out but was out-voted here 3-1. Darius Slay is no slouch though. At 6'0, 192 lbs, he has the size to match up with some of the bigger WRs in the NFL. Often regarded as "the other corner" at Mississippi State, "Big Play" Slay held up well against teams shying away from throwing to Johnthan Banks. His speed (4.36 at combine) has been well documented and is rare for a CB of his size. We liked his SEC pedigree. He has decent feet and good hip fluidity to stay with most WRs. When he gets beat off the line, he has the recovery speed and long arms to still make a play on the ball. He forces a lot of incomplete passes. He is above average in run support although he looked more willing to do it in some games than others. He is not without faults though, poor grades kept him out of a D-1 school till his junior year. Even though he progressed greatly from his junior to senior year, he is still a very raw prospect. He only has 1 year experience starting at the collegiate level and his technique shows it. He tends to get flat-footed and a little too high in his back pedal which slows him down and gives him problems with quicker WRs. His instincts are questionable and occasionally has issues recognizing routes/combinations. At times, he gets caught with his eyes in the backfield. He has a problem getting off blocks in the open field in run support. He is on the slimmer side and could add some more muscle to deal with the more physical WRs in the NFL. In conclusion, we felt that his weaknesses are correctable through more coaching/experience and he has the potential to be a better corner in the NFL than in college. Staying lower in his back pedal will improve him breaking on the ball and experience will help him recognize what offenses are trying to do. Asking him to start in year one might be a stretch, but with Josh Wilson, DeAngelo Hall, and EJ Biggers on the roster he wont have to. He can contribute in certain packages and special teams (like he did in 2011) and after a year in the NFL, could take over for either of the three CBs i listed above. 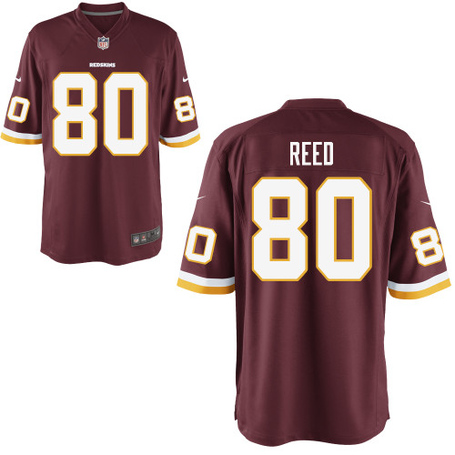 BRING ON THE TWO TE SETS!!!!!!!!! In all seriousness, we were happy to pick up such a versatile weapon here in the 3rd round. Jordan Reed is a proverbial offensive swiss army knife. He has played as an in-line TE, H-back, wing back, in the slot and out wide. He provides depth all across the board. You can move him around and create good mis-matches. He is a solid route runner who is quick in and out of his breaks. He possess reliable hands and is a good dump off option because he excels both running away from LBs in coverage and has an excellent feel for finding holes in zones. What makes Jordan Reed special is his dynamic ability with the ball in his hands. A key component in the Redskins offensive scheme is getting yards after the catch and this just happens to be Jordan Reed's #1 asset. He is very shifty with great burst and has WR/RB (played RB as a freshmen) moves with possession of the ball and like a warrior will grind for every single yard he can get when needing 1st downs. He doesn't have great long speed (4.7 40) and lacks ideal height but with his short area quickness and the separation the Redskins generate with both the read-option plus normal play fakes, you don't need a 6'7" TE. He does need to add more functional strength but has the build to do it. He is inconsistent in his blocking and that might be a function of his lack of strength. Still, I'll take the upside over those flaws that can be improved. Scouts compare him to Aaron Hernandez probably because of his size and school but I compare him to a Shanahan favorite Shannon Sharpe; a smaller TE who he helped mold into a Hall of Famer. With Fred Davis coming back from injury, Niles Paul still developing and Logan Paulsen as a blocking TE, this was a solid way to spend this pick. 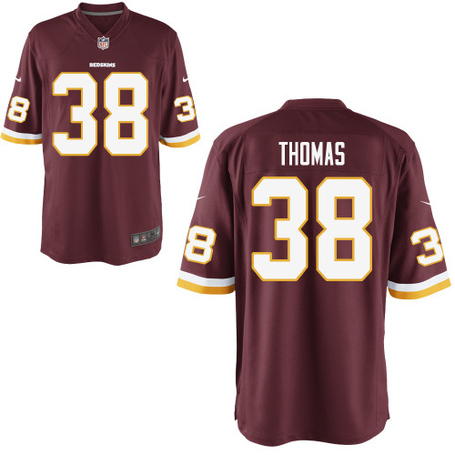 Wait? Another 3rd round pick? The Redskins War Room got kind of hectic here. The GM and assistant GM supported moving up in the draft. Myself and another assistant GM were against it. Trigger pulled anyway. Redskins sent their 4th round pick, their first 5th round pick and 6th round pick to the Patriots for their 3rd round pick and 7th round pick. (Trade Value: 138 vs. 101. Advantage: Redskins) With that being said, I would be happy to welcome S Shamarko Thomas in the right spot. He is a local product from Virginia Beach and has very high character (raised his 5 siblings when both his parents passed away in the span of 9 months). Thomas might be the most explosive defensive player in this whole draft. He started at linebacker, moved to cornerback before settling in at the safety position so Shamarko has great versatility and experience all over the field. Running a 4.42 40 and pumping 225 lbs 28 times, his speed and power combination is unmatched. There isn't a spot on the field that he can't get to in an instant. He has the mentality of a linebacker in run support and attacks opposing blockers with attitude. He has a motor that doesn't stop until he drives through and finds a way to get the ball carrier down. He identifies plays ahead of him quickly and makes stops at or behind the line of scrimmage even when lining 10-15 yards off the ball. He's an effective and aggressive blitzer. He's played mostly in the box, but has the hips and explosion to handle duties playing the slot, playing in two deep and even cover 3. Thomas plays the game with an intensity and fire just like football is suppose to be played. Unfortunately, his strengths are also his weaknesses. His speed and aggressiveness will cause poor angles, missed tackles and cutback lanes. He goes for the "big hit" which will also provide those same results (also has lead to concussions). His quick acceleration gets him sucked in on play action but has shown the recovery speed to get back but you'd like to see it happen less. Then there is his height. 5'9" is not an ideal height for an NFL secondary player but his adequate arm length and 40" vertical leap should be able to keep him in contention with most 50/50 balls. He doesn't have natural ball skills and has only intercepted 2 passes in 4 years. Still, his presence on the field is intimidating to WRs and is the type of player whose location you identify before going out into your route. Comparable to former NFL Defensive MVP Bob Sanders (but stronger), I think with honing some of the aggression and some work on his awareness, he could fill the role for Haslett that LaRon Landry was suppose to be.

Option B. Xavier Nixon, OT, Florida ( Im not taking credit for this) 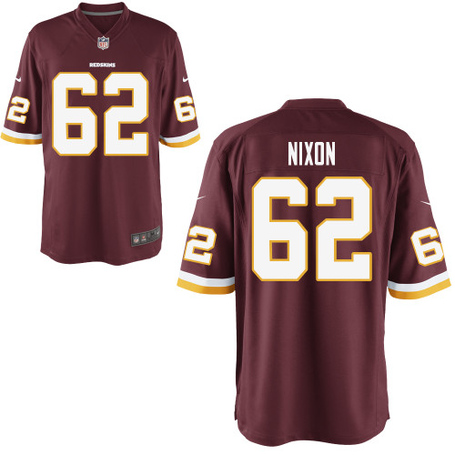 This is EXACTLY why i would have been upset if we moved back into the 3rd down to draft OT Xavier Nixon. Nixon was a highly recruited player coming out of high school but his college career never lived up to the hype. Nixon is a big man with excellent athleticism. He has quick, light feet with good knee bend and has the ability to open holes in the run game which suits Shanahan's zone-blocking scheme well. He can quickly get to the 2nd level and track LBs. In pass protection, he is quick in his drop and can mirror pass-rushers off the edge. He drops to the 5th round due to his inconsistency. There were times when he held up against the best pass-rushers in the SEC and then he would have total meltdowns in technique. Even though he will get physical, he needs to add more strength to his upper body to compete with the Dlineman of the NFL. With work he can do that but since he has had problems maintaining his weight in the past, you might wonder if he has the work ethic to do it. If he can put it all together, this long-armed, athletic OT could become a fixture on the right side for years to come. 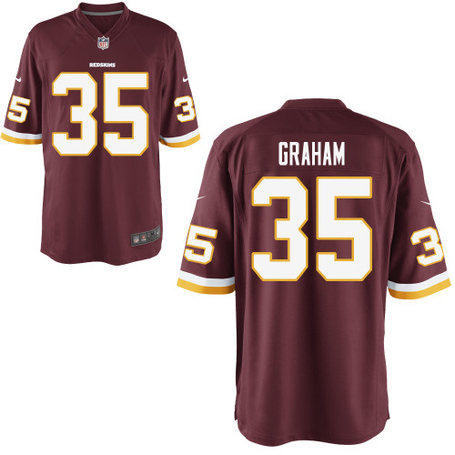 We all know Shanahan is going to take a late round running back. Maybe it won't be this late, but we won't complain. I had Ray Graham graded as an early 6th round pick so to get him here towards the end of the 7th round was incredible value we just couldn't pass up. He could be the change-of-pace, scat-back that would thrive in our read-option offense. Small but explosive, Graham does a good job running between the tackles and finding cut-back lanes with very little wasted movement. He possesses a 2nd gear when reaching the hole. He is a good receiver out of the backfield as well, racking up over 100 receptions, and has the lean and balance to beat LBs one on one. He ran a poor 40 time at the combine but I think he plays faster than his time. Graham, who is often compared to Ahmad Bradshaw, tore his ACL in 2011 so we have yet to see if he is back to 100% health. With over 3,000 yards rushing and over 30 TDs, we were comfortable taking the chance on him here. 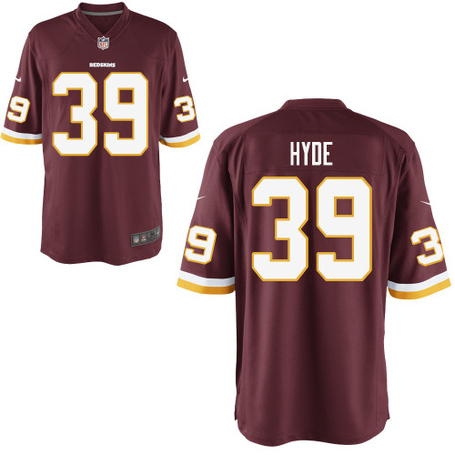 Micah Hyde is your classic 7th round pick (although i had him rated as a late 6th). A versatile player who would add depth at more than one position. He is a tweener coming into the league who has played both CB and center-field safety. At corner, he would be good in a zone scheme having the length and athleticism to knock down or intercept passes in his area. He possesses a good press. He gets in trouble when you ask him to cover someone man-to-man. Tight hips and average recovery speed have him better suited for FS in the NFL in my opinion. He is not physically imposing at 6'0" 200 lbs, but he is physical and willing enough to get ball carriers to the ground in the run game. Like Jordan Bernstine before him, taking a late round flier on an Iowa player to increase our depth in the secondary wouldn't be a bad pick spent.

- WRs Austin, Patterson, Hopkins, Allen, Hunter, and Woods were all off the board before pick #51 so WR wasnt an option

- FS Bacarri Rambo and Phillip Thomas came off the board right after we picked in the 2nd round. Thought at least one of them would be available in the 3rd.