The Kansas City Chiefs have release right tackle Eric Winston tonight. Winston, you may remember, was released by the Houston Texans around this time last year. With the Texans connections in the organisation, along with the desperate need for a starting right tackle, the Redskins had a fair amount of interest in Winston. But the salary cap penalty ruined any chances the Redskins of signing him. He landed with the Chiefs, but appears to be a cap casualty after the Chiefs spent big on Brandon Albert and Dwayne Bowe.

So things have come full circle. The Redskins still desperately need a starting right tackle, Eric Winston is once again on the market and the Redskins still have no cap room to sign him. However, Washington has done very little in regards to getting under the cap as of yet, and there is plenty of options for them to take in order to do so. The question is, should they do what it takes to make room for Winston? I certainly believe so. A quality right tackle to protect our franchise quarterback Robert Griffin III is essential, but Winston is also a very good run blocker and a perfect fit in the zone blocking scheme run by Mike and Kyle Shanahan.

Here's his first two plays against the Steelers this season. 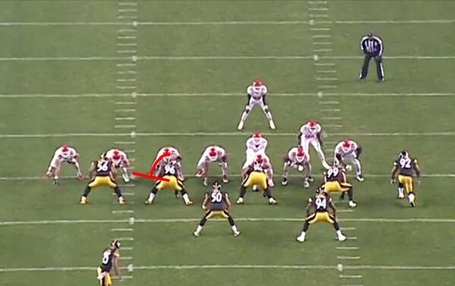 This first play is a zone run to the right. Winston has Steelers defensive lineman Ziggy Hood lined up across from him. 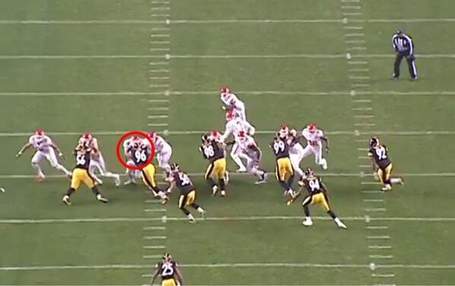 Winston engages quickly with his hands while managing to angle Ziggy Hood in the direction of the run. The right guard comes in to help get Hood moving but soon peels off to block a linebacker. 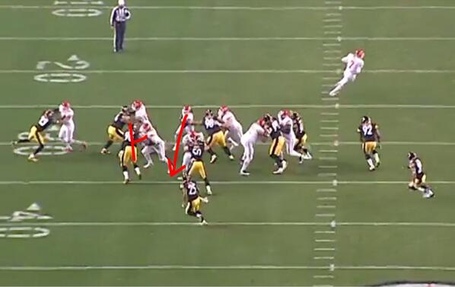 Winston takes over the block on his own, driving the defender towards the sideline and opening a huge running lane in behind him. Chiefs pick up nine yards on the opening run of the game.

The second play of the game shows Winston's athletic ability that allows him to get to the second level and block linebackers in space. 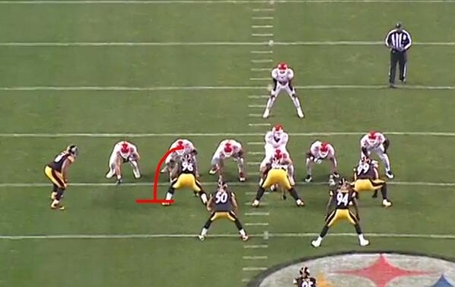 This time Winston is going to go around Hood and pick up linebacker Larry Foote on the second level. 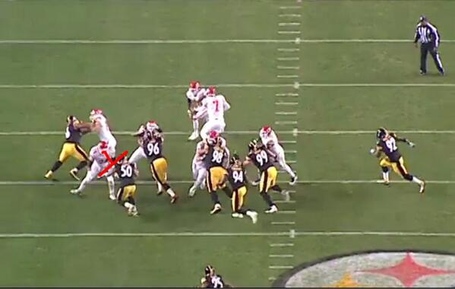 He has no trouble getting up-field and quickly identifies his man. 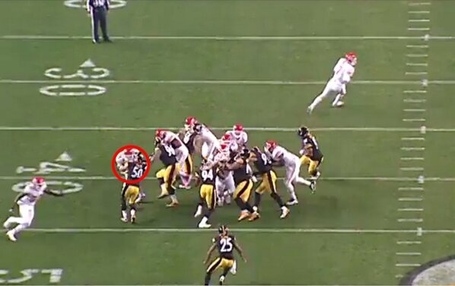 Once he engages, he overpowers Foote and uses his strength to drive him back. Unfortunately for the Chiefs on this play, they other offensive linemen weren't as effective as Winston and the play only picked up two yards. But Winston did everything right.

Those first two plays demonstrated everything you look for in a right tackle in the zone blocking scheme. He can run block effectively and efficiently on both the first and second levels of the defense and has no troubles getting out in space and blocking down-field. These qualities will make Winston highly desirable among the rest of the NFL, and the Redskins cap situation does them no favors, but perhaps the Texans connections that both Winston and the Redskins have could help sway his decision.