QB Tony Romo has agreed to a six-year, $108 million contract extension with $55 million guaranteed through 2019. Their salary cap is in trouble the next two years.

I've been saying for over a year now that Jerry Jones has entered the Al Davis era of desperation to win one more title at any cost (sane cap management). Now, Romo is certainly a good Quarterback. It hurts my knuckles to type those words, but he does put up points. Unfortunately for Romo, he can't do anything in the clutch. The last two seasons Romo and the Cowboys have had week 17 scenarios "win and you're in"....and of course they lost to the Giants in 2011 and Redskins in 2012.

This move does clear some cap room for the Cowboys this year, which was imperative since they were only $51,000 under the cap two days ago. Here was the Cowboys cap situation as of a few days ago. I encourage everyone to read the entire piece:

The Cowboys did virtually nothing so far this offseason to improve their team, because... well, they can't. Instead, all they did was push guaranteed money into future years, which will inhibit their ability to get better during free agency in 2014 and 2015. They also guaranteed that they'll be stuck with a number of players who are already in decline, and others whose play could begin to fall off.

And the fine details:

To make matters worse, Dallas decided to franchise Anthony Spencer, which means they have now allotted over $10 million of the 2013 cap to him. This could put them in a position to have to rework even more contracts to get under the 2013 salary cap, which just means pushing more money into 2014. When you have future cap situations like Dallas', it is imperative to be able to carry excess cap room over from one year to the next. Using the tag two years in a row on the same player just destroys that excess cap room. It's just poor cap management.

Romo will be 39 years old if he plays out his contract. I have a picture to summarize the Cowboys front office: 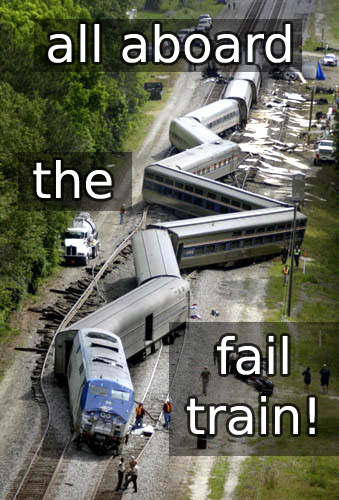