Hogs Haven breaks down the film to see exactly what the Redskins would be getting in their hopeful signing, cornerback Aqib Talib.

Cornerback Aqib Talib has been the one guy the Redskins have targeted despite their salary cap penalty this offseason. He comes with a lot of off the field baggage, but also offers big potential on it. In anticipation of this signing, I watched Talib against the Colts, Jets, Dolphins, Texans (twice) and the 49ers. Here is what I came away with.

On this first play Talib shows what he's all about. He appears most comfortable in press and bail coverage, where he's able to come up to the line of scrimmage, but doesn't have to jam the receiver. 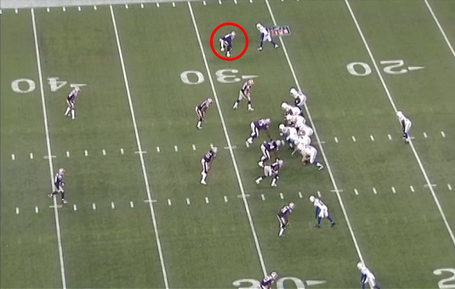 Talib plays with inside leverage, letting the receiver know he's not going to allow him inside. 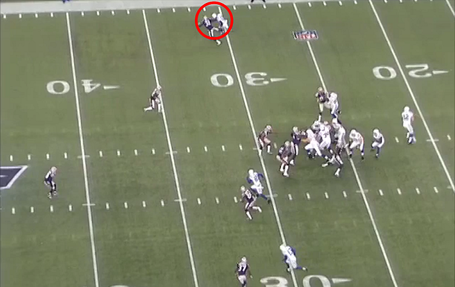 The receiver runs a pattern up the sideline, so Talib has no troubles mirroring the route and showing the receiver the sideline to narrow the throwing window. 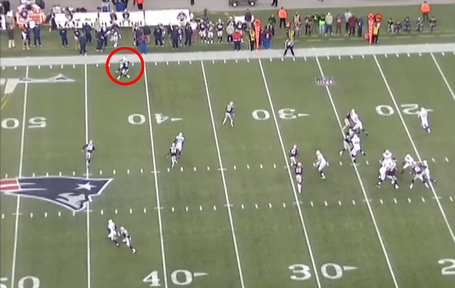 The receiver breaks out towards the sidelines, but Talib stays with him every step, almost running the route for him. Colts quarterback Andrew Luck can't afford to throw the ball because Talib is in a perfect position to undercut the route and intercept it.

Talib is equally adept to playing the shorter routes as well. He does a good job of reading the play and breaking quickly on the ball. 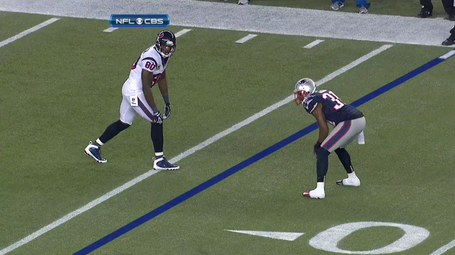 This play saw him lined up against Andre Johnson, one of the top receivers in the NFL. Johnson is going to run a quick in-breaking route and Talib reacts accordingly. 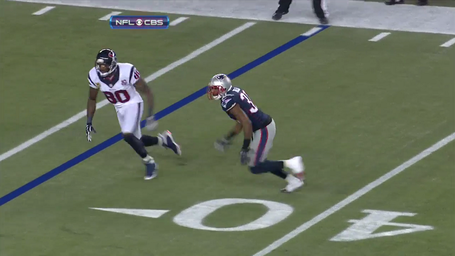 As Johnson cuts inside, Talib does a great job opening his hips and sneaking a look at quarterback Matt Schaub. 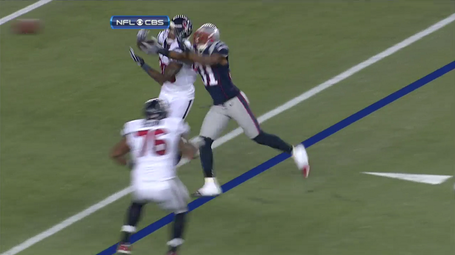 The moment the ball is thrown, Talib breaks on it. Andre Johnson actually does a great job shielding Talib away just enough to stop the interception. Talib knocks the ball incomplete and wins the play.

Those were two good plays by Talib, but the mark of a top quality corner is to be able to follow the opponents top receiver and cover him where ever he goes. The Texans like to mix things up and had Johnson take some snaps from the slot. Bill Belichick had enough confidence in Talib's ability that he still called for man coverage. 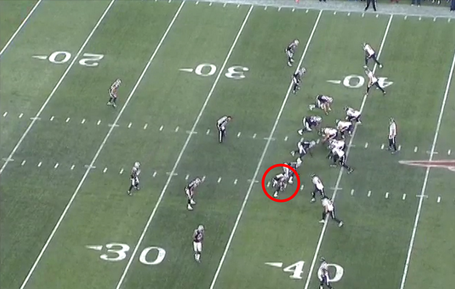 Talib is once again in press and bail technique. Johnson is going to run a corner-post route up the seam, a very tough route for a single corner to cover on his own. 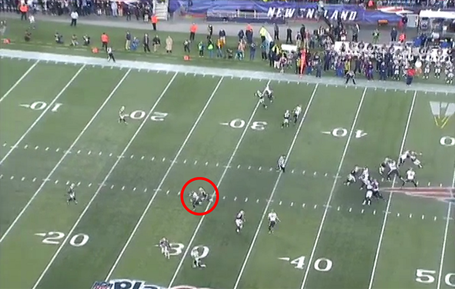 As Johnson breaks outside on the 'corner' part of his corner-post route, Talib keeps pace and tracks him well. 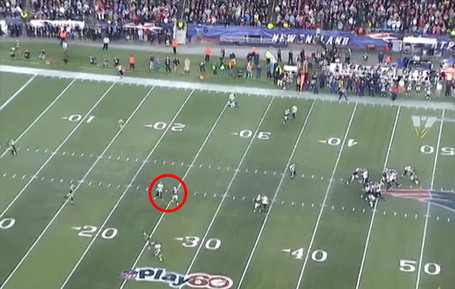 But Johnson cuts back infield and gains a yard of separation from Talib. That's all Schaub needs to pull the trigger. 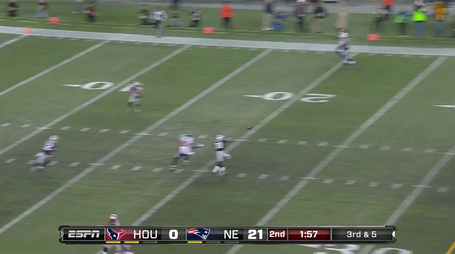 But Tailb does a fantastic job of recovering, diving in front of the pass to deflect it safely away from Johnson. In fact, he very nearly came away with the interception as well.

It's plays like these that give Talib a chance of joining the elite category of cornerbacks in the NFL. But consistency is an issue (along with the off-field issues...). Here's a play from the 49ers game that ended in a pass interference penalty on Talib. 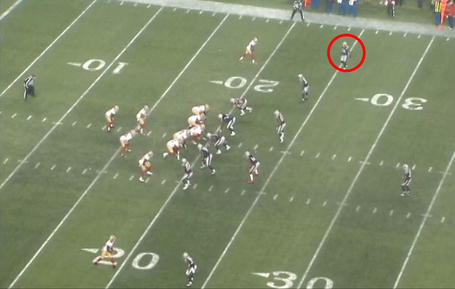 This time Talib is in off-man coverage, with a cushion between himself and receiver Michael Crabtree. 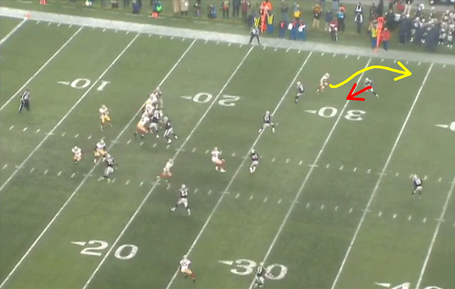 Talib bites on a small double move from Crabtree, who takes off up the sideline. 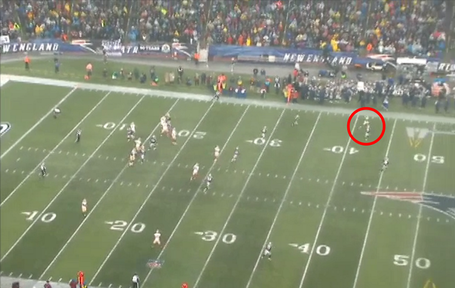 Talib actually does a pretty good job recovering and getting back into position. 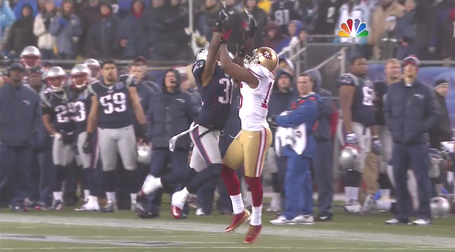 But then he does this. He fails to turn his head in effort to locate the football. Instead, he runs right into and impedes on Crabtree who is coming back to the under-thrown pass. That's a pass interference penalty that will get called every time. All Talib had to do to avoid it was turn his head and locate the ball.

This is one of the few knocks I had on him throughout my time spent watching him. There are occasions where Talib fails to turn his head and even try to find the ball in the air, instead he watches the receiver and tries to break up the pass as the ball arrives. As someone with good ball skills, Talib shouldn't have a problem locating the ball and that would help him get more interceptions.

But these kinds of plays only happen on occasion. In general, it takes a very well run route and an excellently timed throw to beat him on any sort of consistent basis. And then there are times when there is nothing you can do about a play. This two-point conversion to Andre Johnson in the playoffs is a perfect example. 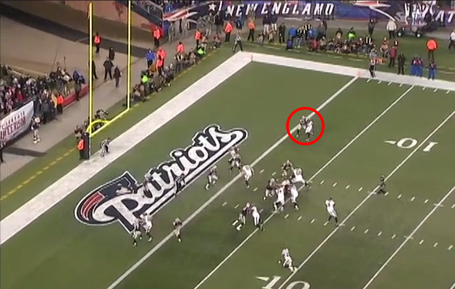 The first option on this play was the slant route to Johnson, Talib does an excellent job breaking on it and being physical with Johnson to take away that option. 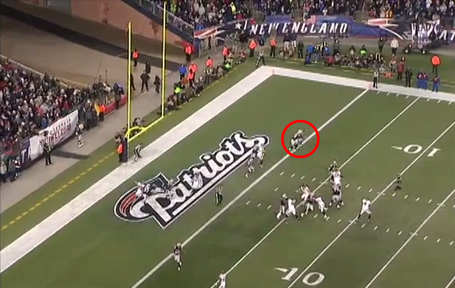 Johnson comes back at him by freelancing and breaking back outside. Talib trails extremely closely, almost hanging off Johnson's hip. Schaub can't risk that throw because Talib could undercut and intercept it. 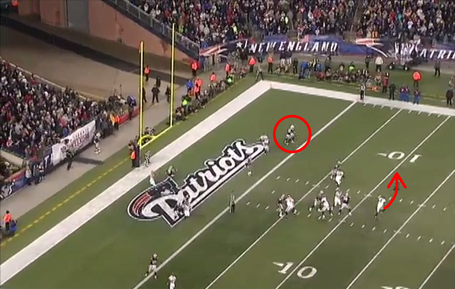 As Schaub begins to scramble, eyes only for his favorite receiver; Johnson takes Talib deeper into the end zone. Talib still sticks to him like glue, covering him excellently. 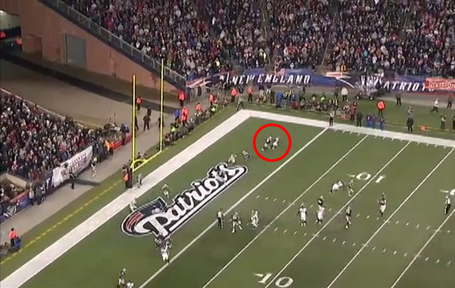 But Johnson makes a sudden break back towards Schaub, who throws it up for him. 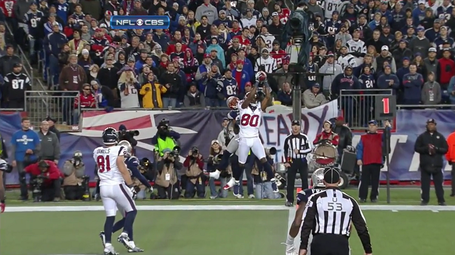 Even with Talib draped all over him, Johnson is able to go up and high-point the football. Talib actually makes contact with the ball on the way down, but Johnson is able to hold on. On plays like that, you can't criticize Talib, he covered it excellently, as good as anyone else in the NFL could have. Sometimes you just have to give it to the offense for making a heck of a play.

Clearly then, Talib has talent in abundance. His off-field issues do warrant legitimate concern, but his potential cannot be questioned. If Raheem Morris and Mike Shanahan can keep him clean off the field, then he gives the Redskins a lot of options defensively. By using Talib to cover the opposition's top receiver, Jim Haslett can be much more creative and exotic in the blitzes he calls, which will help pressure the quarterback more frequently and possibly create more turnovers.