I feel like all the discussion with the Redskins and the draft recently has been focused on the secondary, and rightly so. But if you guys are anything like me, you're sick of watching and talking about defensive backs. I took a break this week and decided to watch a couple of tight end prospects. One that stood out to me was Vane McDonald. He measured in at 6'4", 267 pounds at the NFL Scouting Combine, so he certainly has the body of a tight end. But he's far from a traditional tight end. His role at Rice involved much more than lining up as an inline tight end. Lets have a look at some of the versatility that he offers an offense. 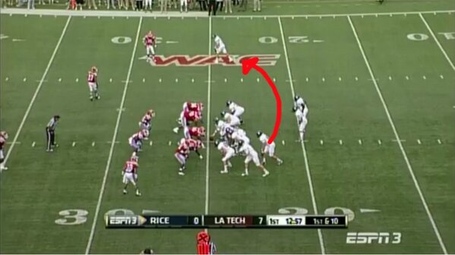 Here McDonald is lined up in a bunch trips formation to the left. But he's actually going to run a sweep back across the offensive line and take a hand-off. 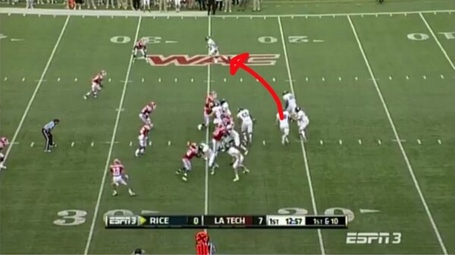 He takes the hand-off naturally without any troubles. What I really liked on this run was that he waited for the back ahead of him to get out in front and become a lead blocker for him. Patience as a runner isn't something you'd typically associate with a tight end. 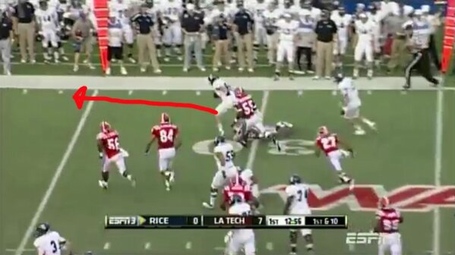 Once his blocking develops, McDonald bursts through the hole and races for the first down. On a first and 10 play, he picks up 12 yards on the run and keeps the defense off-balance the next time they are shown that formation.

McDonald also saw a fair share of screen passes when lined up in the slot. Normally most teams would prefer to use the tight end in the slot to help block on a screen pass to the wide receiver; but Rice had enough confidence in McDonald that they would call his number, and frequently at that. 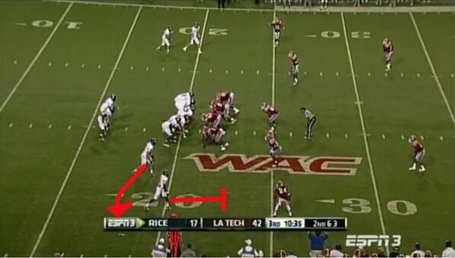 This is a simple screen pass. The receiver will pretend to run a route for all of three yards before setting up to block the immediate defender. Meanwhile the slot receiver/tight end McDonald will pull away from the offensive line towards the sideline. 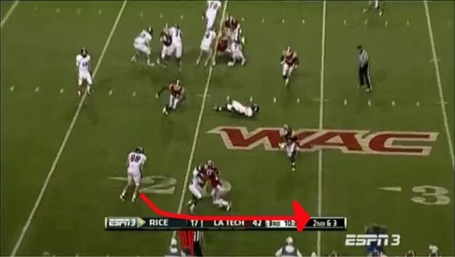 He does a good job waiting on the ball and not rushing the play. Some tight ends might have got their head up and looked to start running before they even secured the football, but McDonald shows patience. 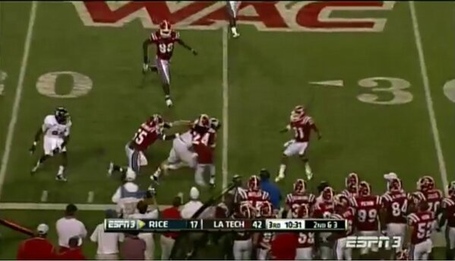 McDonald makes his way up the sideline, easily picking up the three yards needed for the first down and more. He uses his big frame to run through the tackles of smaller defenders on the edge and falls forward to pick up extra yards.

A tight end with receiving instincts like this can be very valuable. Getting him in space against smaller corners or safeties creates a big miss-match and a huge advantage to the offense. I can easily picture him lined up in the slot alongside Pierre Garcon, both having the ability to not only receive, but block the screen pass would help the Redskins create great match-ups.

While McDonald can be used to stretch the field horizontally as we've seen above, he can be used in a more traditional sense. 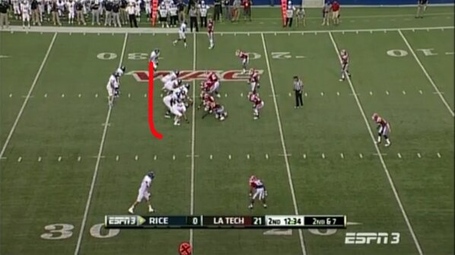 Here McDonald is lined up in the slot. He motions across the formation, something the Redskins do with their tight ends almost every play. 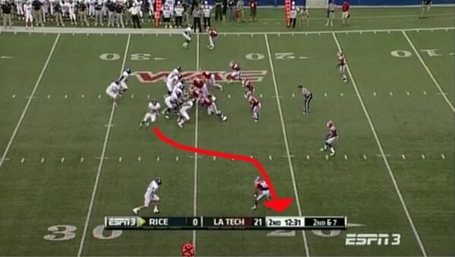 The ball is snapped the moment McDonald completes his motion, giving the defense little time to adjust. McDonald is running a quick out route. 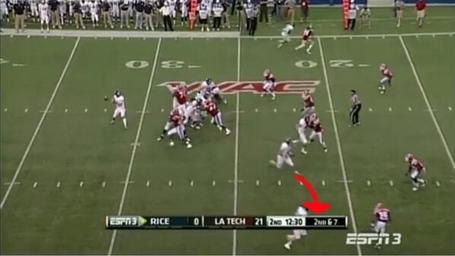 He goes into and comes out of his break smoothly. He doesn't round off his route, which would tip off the route to the defense. 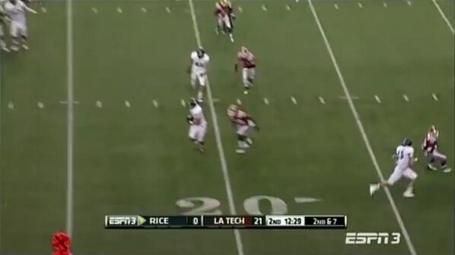 He makes a good catch on a ball placed slightly behind him, securing it before being hit by the incoming safety.

Now McDonald does come with a few flaws. I've read scouting reports that claim he had at least one drop a game, which is obviously a red flag. It was an obvious struggle for him at the Senior Bowl a few weeks ago, dropping or bobbling multiple passes that should have been easily caught. It's hard to put a finger on exactly why he drops the ball, he appears to be a hands-catcher rather than a body-catcher; but he doesn't always high-point the football, rather letting it come to him than going up to get it.

Another aspect of his game he'll have to improve on in the NFL is his blocking. He flashes good blocking ability on the edge, but is inconsistent as an inline blocker. He has the frame to work with, so there is no reason to believe he can't get better, but he will certainly need to work on it.

Overall, I think McDonald's versatility could thrive in this Redskins offense. He could line up as an inline tight end, joker tight end, slot receiver and even play some H-Back/fullback. Moving him around from all of those positions forces the defense to think hard about how they go about defending him and what personnel they want on the field for each play. I think the drops and his blocking pushes him down into the fourth or fifth round range, but I could easily see a team valuing his upside enough to take a flyer on him in the late third.