Should the NFL Look to Change Helmets?

Much has been made about player safety, and it should be that way. Too many serious injuries occur in professional football today. The game is ever changing, right before our very eyes, and that change is not about to come to an end anytime soon.

Head injuries, more specifically concussions, have moved to the forefront of the awareness seen around the league. The rash of lawsuites brought against the league by former players magnified the issue even more. The players accused the league of hiding information from them about the seriousness of concussions, and the long-term effects they can have on the quality of life these players live.

This from President Obama (via an article written by Paul M Barett from Bloomberg Businessweek on Jan, 31st, 2013) - "I’m a big football fan," President Obama told the New Republic in an interview, "but I have to tell you, if I had a son I’d have to think long and hard before I’d let him play football." Obama, who roots for the Chicago Bears, predicted that "those of us who love the sport are going to have to wrestle with the fact that it will probably change gradually to try to reduce some of the violence."

According to findings published in the scientific journal Brain in December 2012, the growing evidence of a link between head trauma and long-term, degenerative brain disease was amplified in an extensive study of athletes, military veterans and others who absorbed repeated hits to the head.

The study, which included brain samples taken posthumously from 85 people who had histories of repeated mild brain injury added to the mounting body of research revealing the possible consequences of routine hits to the head in sports like football and hockey. The possibility that such mild head trauma could result in long-term cognitive impairment has come to vex sports officials, team doctors, athletes and parents in recent years.

Of the group of 85 people, 80 percent (68 men) — nearly all of whom played sports — showed evidence of chronic traumatic encephalopathy, or C.T.E., a degenerative and incurable disease whose symptoms can include memory loss, depression and dementia.

Among the group found to have C.T.E., 50 were football players, including 33 who played in the N.F.L. Among them were stars like Dave Duerson, Cookie Gilchrist and John Mackey. Many of the players were linemen and running backs, positions that tend to have more contact with opponents.

So the question becomes, what can we do to make the game safer?

Eliminate Helmets(or helmets as we know them today).

Today's helmets( like the one pictured below) are designed to protect players from serious head and face injuries, but are the helmets providing a false sense of security to NFL players? 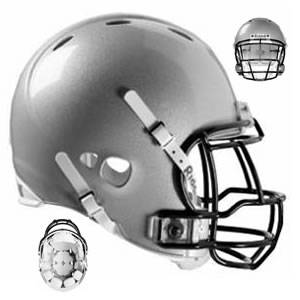 The quality, design and safety of these new helmets make a player feel invincible. They are more apt to lead with the crown of these helmets than they were in the past because the quality is so much better than it was even 10 years ago. The safer the helmets are made, the more the players will use them to punish an opponent.

What if these players didn't have this type of protection? What if the only thing that stood between their head and a opposing player was a much thinner composite type of headgear, designed to absorb little impact, but not a full-fledged blow to the head, like we see in the construction of today's helmets. Also, what if these helmets had an open face? Would players be so willing to lead with their head, with such little protection?

The image below is something the NFL could use as a prototype. It's almost like bringing back the old leather helmets, just with a new, revolutionized look. 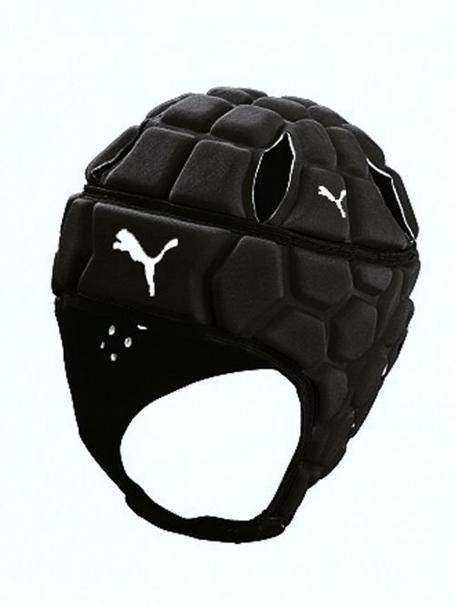 The final idea would be to lessen the upper-body padding a player could wear. The idea of this would be to minimize the blow delivered to the head of an opposing player, by one who is leading with their shoulder pads. A thinner, lighter, more streamlined design would limit the amount of vicious hits, and make for a much more agile athlete.

For those of you thinking this would ruin the game, take a look at rugby. It is very violent in it's nature, but has been around much longer than professional football. Sure we see injuries in rugby, but they are no where near as serious as we see in the NFL.