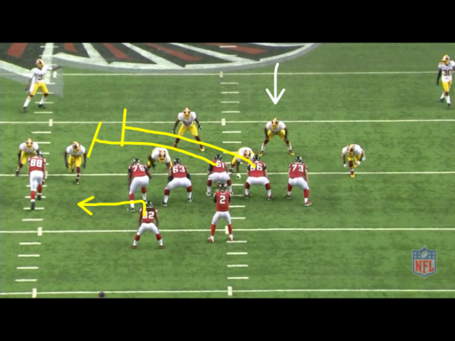 1.) Perry Riley is the backside linebacker on this screen pass. The center and guard are going to lead the way and the target is Jacquizz Rodgers. 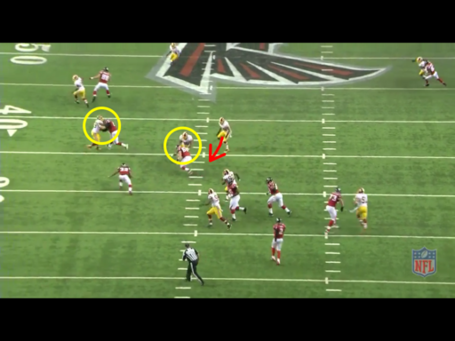 The center and guard make good blocks up-field. Riley is free but takes a poor angle, choosing to step up into this gap. 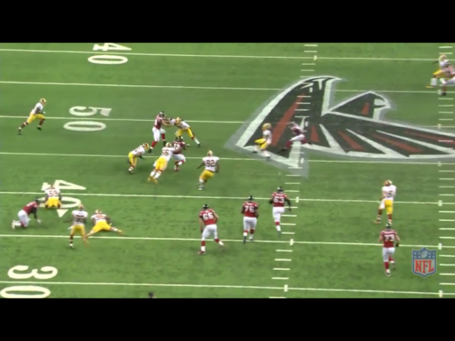 Riley is still able to chase him down but not until a gain of 15 yards. 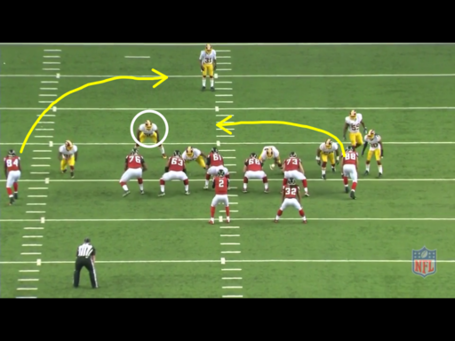 2.) ATL is running two crossing routes here. A deep one by Roddy White and a shallow one from Tony Gonzalez. Riley is in a zone coverage. 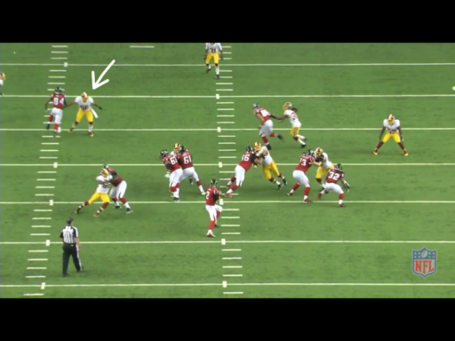 He takes Roddy White away right after the snap. 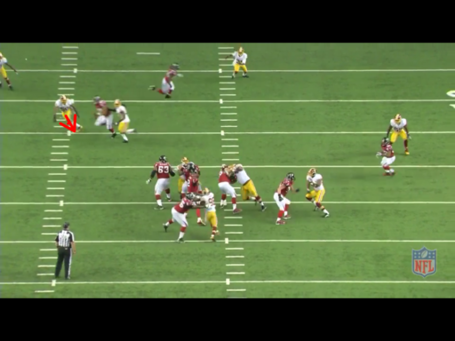 Riley passes off White to Brandon Meriweather and jumps the Gonzalez route that had just entered his zone. Play ends in an incomplete pass. 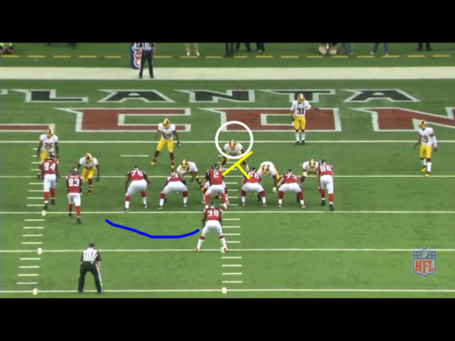 3.) Matt Ryan is going to audible to a sweep left here. Peter Konz is responsible for blocking Riley on the play. 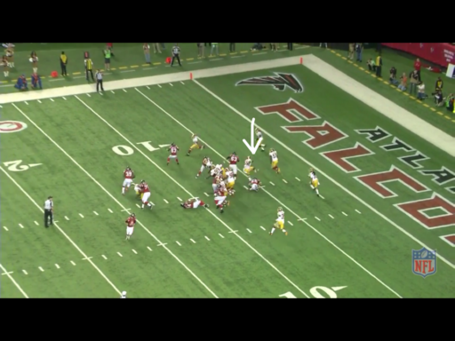 Konz tries to cut block Riley but Riley shows his athleticism by staying on his feet. 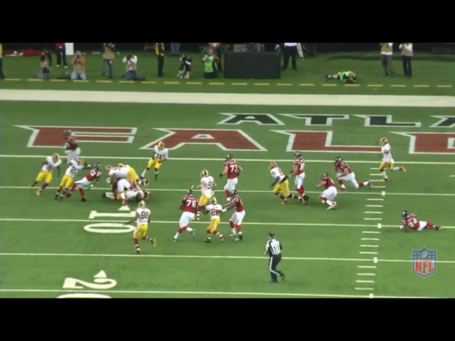 Riley runs down the play from the backside and is in on the tackle. 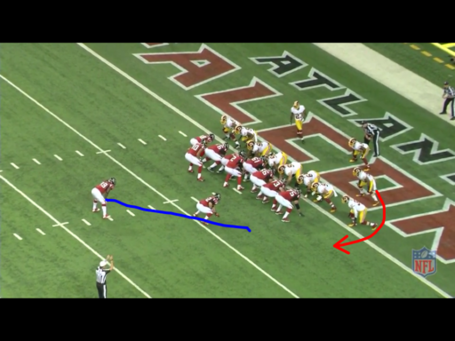 4.)  Here's 4th down from the inch line. Steven Jackson is going to take this off-tackle. Riley is going to go outside and it's pretty much just one on one. 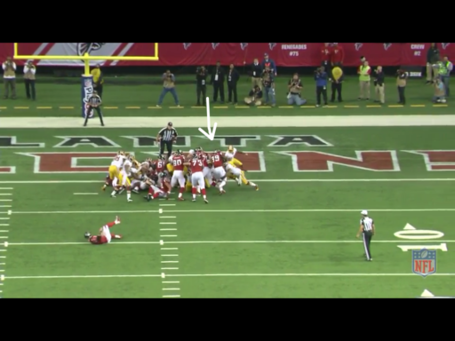 Hell of a collision, but Riley wins the match-up. Turnover on downs. 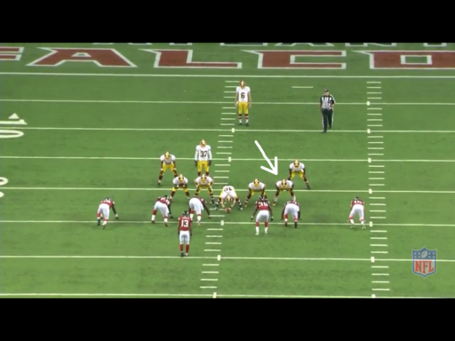 5.) One of our starting MLBs and leader on defense in tackles playing special teams. 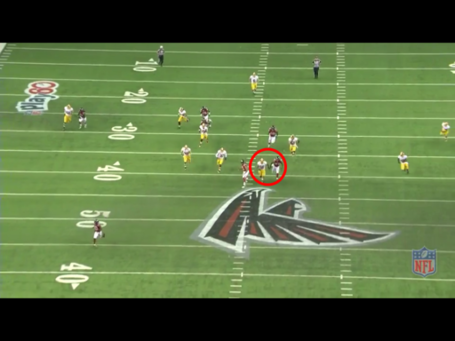 Riley makes his block and then heads down-field after the punt. He hand-fights the guy next to him and wins the fight. 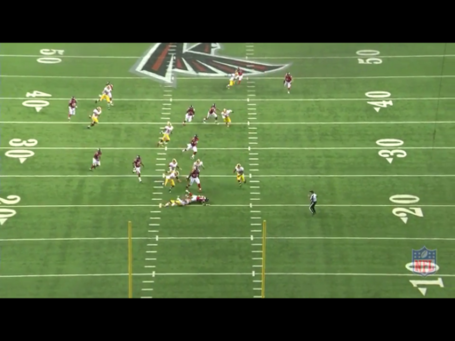 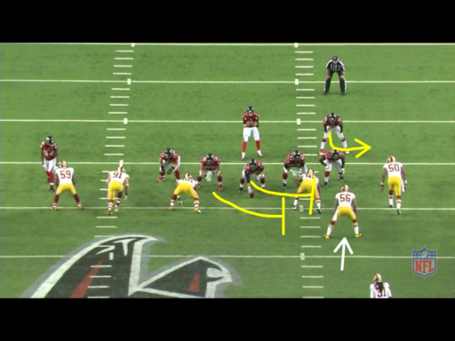 6.) ATL is going to run a screen pass here to Riley's side. Riley is in man coverage with Jacquizz Rodgers. 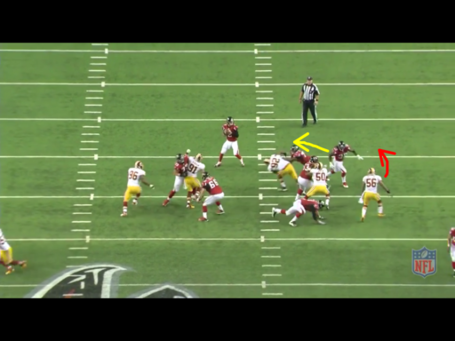 When the ball is snapped, Riley immediately jumps to the outside and meets Rodgers at the spot. Rodgers therefore tries cutting back inside. 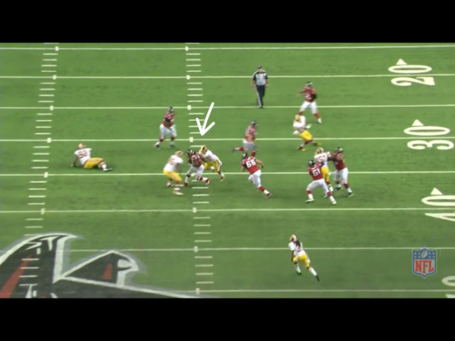 Rodgers receives the ball but can't get away from Riley who sandwiches him with Barry Cofield. Minimal gain on the play. 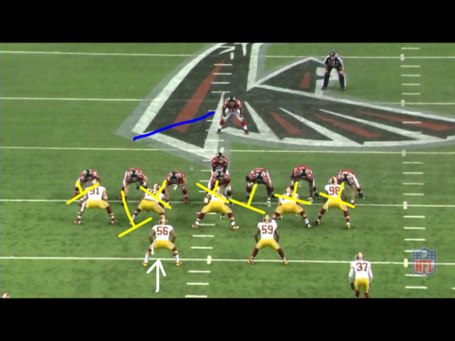 7.) ATL is going to run a zone right. Perry Riley is the LB on that side. The RT is responsible for blocking him. 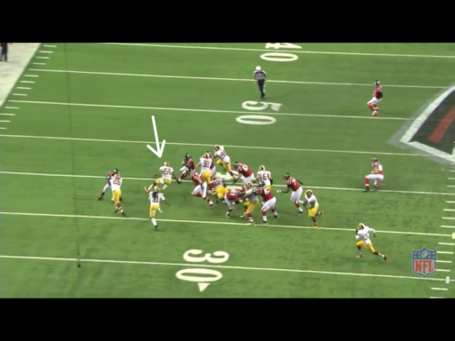 The RT doesn't get to his spot because Riley is too fast to the outside. He fills the gap and makes the tackle with the help of others. 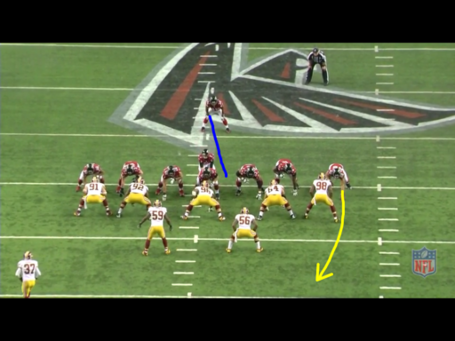 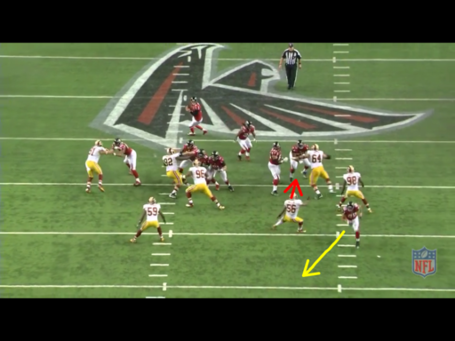 Brian Orakpo is suppose to jam Gonzalez off the line but puts one hand on him and pretty much gives him a free release (I criticized him for it in the Orakpo breakdown). Riley bites up on the play-action opening up a huge hole in the middle of the field. 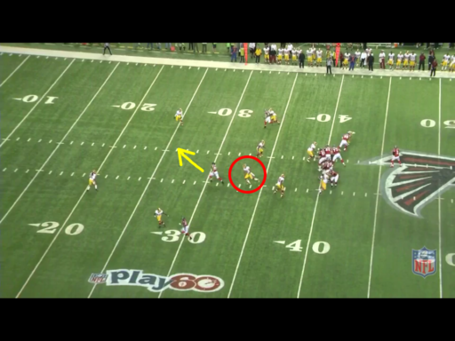 Riley is trying to catch up but Gonzalez would have had a big gain if Matt Ryan saw it. He didn't and ended up dumping the ball off to J.Rodgers in the flat. 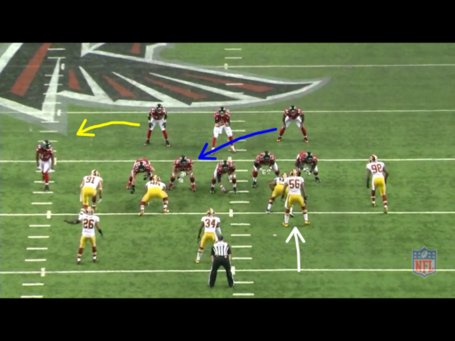 9.) ATL is going to run a fake toss/shovel pass here to Jason Snelling. 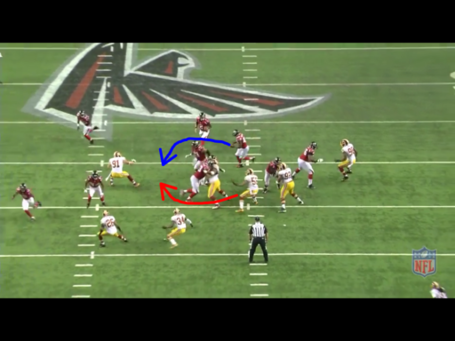 Riley mirrors Snelling. He doesn't attack this open gap because that's not where Snelling is going. Riley does a good job not getting caught up in traffic and meets Snelling in the next gap. 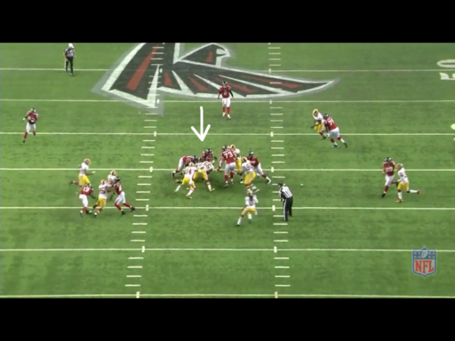 Riley squares him up and makes the tackle in this gap.

That does it for the Perry Riley review. His athleticism his apparent on the field but the Falcons O-line looked slow at the same time. They had a hard time getting to the 2nd level in the run game. Still, Riley did a good job reading and reacting most of the time. One of the things I questioned when looking at him last year was his instincts. They are not top-notch yet but they certainly seem improved.